Bioengineering and the Brain 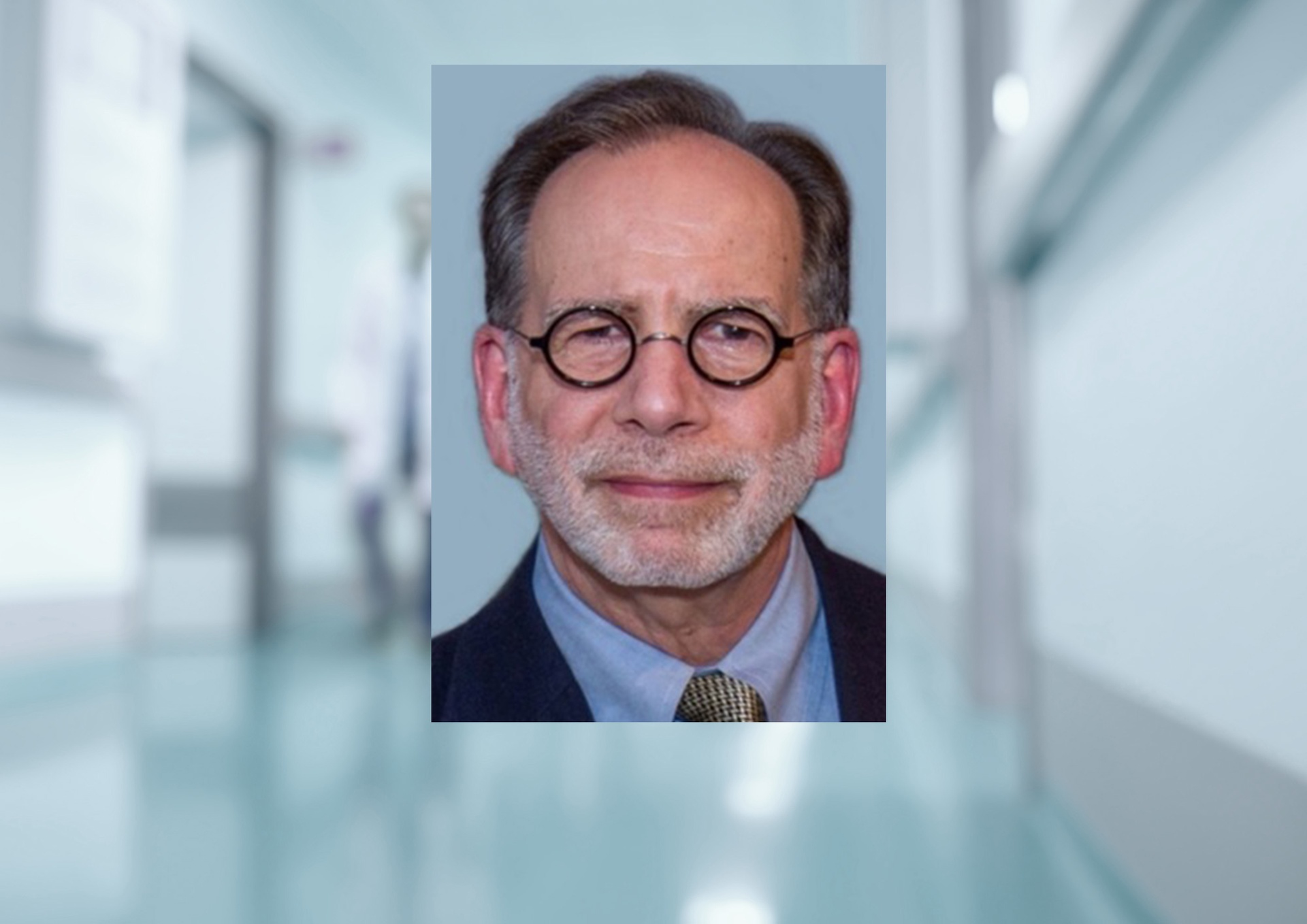 In January 2014, the University of Pittsburgh announced it would establish a new Brain Institute to “unlock the mysteries of normal and abnormal brain function, and then use this new information to develop novel treatments and cures for brain disorders.” Its founding scientific director, Peter L. Strick, PhD is Distinguished Professor & Thomas Detre Endowed Chair of the Department of Neurobiology and an expert on the neural basis of movement and cognition. He believes that the success of the program requires a multi-disciplinary approach that includes the Swanson School’s Department of Bioengineering.

Dr. Peter Strick enjoys telling stories and speaks with a quiet passion that resonates with the history of neuroscience he has helped to build at Pitt. He also understands that it takes more than one discipline, one way of thinking to build upon that success and create a game-changing Brain Institute.

“I started at Pitt 18 years ago as the co-director of the Center for the Neural Basis of Cognition (CBNC),” a joint venture between the University of Pittsburgh and Carnegie Mellon University, with Dr. Strick representing Pitt. “The Center took the comparable strengths of CMU robotics, computer science and statistics, and merged it with the strong neuroscience and clinical programs at Pitt. At the time, Pitt’s bioengineering program was in its infancy and wasn’t involved, but I saw that as a mistake.

“Neural engineering and brain interface research was beginning to blossom and I truly thought that it could be a key player in the Center, especially because of its revolutionary work in tissue engineering.”

Dr. Strick explains that bioengineering was key because of its inherent nature of being a multi-faceted discipline. “I related the potential of bioengineering to the beginning of my own career, as a neuroanatomist who cross-trained in my post-doc as a neurophysiologist. An eminent neurophysiologist told me that I would have to decide what I was going to be when I grew up.  Otherwise, I would be neither fish nor fowl – I wouldn't swim well or fly well.

“Fifteen years later, when he saw me once more and it became apparent that the cross training had benefited my research [in utilizing viruses to understand neural circuitry], he said he was glad I didn’t take his advice. Neuroscience and bioengineering are similar in that both need to ask questions and then use whatever technique is most appropriate to answer them.  Bioengineers have the special challenge of combining training in hard core biology with the quantitative and computational approaches of engineering.”

Dr. Strick believes that “it takes a University” to develop a leading program in brain research, one that taps into the multidisciplinary and open nature of collaboration between disciplines. One of his first recruits was Andrew Schwartz, professor of neurobiology with expertise in neural control. “Andy was responsible for the explosive growth of neural engineering research at Pitt, and led a pioneering group in brain-machine interface,” Dr. Strick says. “I saw its potential and the need to nurture and sustain it.”

Dr. Strick explains that Dr. Schwartz shared his vision because he too understands the need to remove barriers to collaboration and take advantage of the open academic architecture of a university like Pitt. Over time the university would grow to include approximately 150 neuroscientists across disciplines, not including purely clinical colleagues. Dr. Strick says that the Swanson School’s Department of Bioengineering continues to play a key role in that growth, especially in Pitt’s growing expertise in neural engineering and brain-machine interface research.

“The bioengineering faculty truly are a university resource, an intellectual resource that is active across all departments,” he explains. “The brain-machine interface program is bigger than a single department. It includes neurosurgeons who interact with physical medicine and rehabilitation scientists who work with patients to promote recovery, as well as the bioengineering faculty who explore everything from the electrode-tissue interface of brain implants to decoding neural signals to control robotic devices.”

The brain-machine interface program captured international headlines when the team enabled patient Jan Scheuermann, a 53-year-old woman who suffers from a neurodegenerative disease and is paralyzed below the neck, to move a robotic arm and feed herself a bar of chocolate. The robotic arm was controlled via microeletrode arrays implanted into the surface of her cerebral cortex, enabling her to move the arm with her thoughts.

“The success with Jan is a perfect example of how a multi-disciplinary program, built from the strengths of multiple departments in a major university and its medical school, can literally transform a life,” he says. Cross-disciplinary and cross-departmental interactions, as well as outside-the-box thinking were critical to the success of this project.

“In the 1980s Andy proposed placing a monkey in a primate chair and training the animal to control an imaginary ball within a virtual reality environment,” Dr. Strick remembers. “People thought this research would lead nowhere, but in fact it was the foundation to allow a woman to control a robotic arm and feed herself chocolate.”

WHAT MAKES A GREAT SCIENTIST AND BIOENGINEER?

“There is a notion that individuals have brains with certain specific abilities that lead some of us to be writers, others to be mathematicians and scientists and still others to be artists.  According to this view, few of us have all of these abilities.  Thus, one doesn't normally expect the math genius to be the most communicative person in the room,” Dr. Strick says. “Today's modern scientist has to be multidisciplinary and broadly skilled to be successful.  He or she must write well, speak well and of course do science well.  The modern scientist must write grants that are clear and compelling and be able to communicate their ideas and findings to the lay public as well as to specialists in the field.

“The modern bioengineer has an even more daunting challenge.  They must be cross-trained in math, physics, engineering, computer science and still think like a biologist.  Learning each of these disciplines is like learning a new language.  In a sense, bioengineers must be multilingual.  Not everyone is interested or even able to stretch in this way.  Our Bioengineering Department is unique in that it has attracted faculty who speak the many languages of science and recognize the value of multiple levels of analysis from cell and molecular approaches to whole systems and networks.”

A major task of the Brain Institute, according to Dr. Strick, is to identify and provide the necessary research resources to enable world-class neuroscience at Pitt.  These resources include major equipment, outstanding faculty and research funding.  The most difficult part of this task is fundraising.

“Our faculty do a wonderful job of obtaining federal grants to support their research. But, by all accounts, federal funding for research is shrinking,” Dr. Strick explains. “As a consequence, we are in danger of shutting off the pipeline for discovery.  Our representatives and the general public want the field to translate results into new treatments and cures for neurological and neuropsychiatric disorders.  However, this translation depends critically on new discoveries that come from basic fundamental research.

“In essence, without new discoveries, there is nothing to translate.  A major task of the Brain Institute is to identify financial resources that can enable us to keep the pipeline of discovery open.”

As noted earlier, the core mission of the Brain Institute is to unlock the mysteries of normal and abnormal brain function, and then use this new information to develop novel treatments and cures for brain disorders.  “I see bioengineering as a major player in this mission,” Dr. Strick says. “Indeed, the faculty and students at the Swanson School and in the Neural Engineering Track are posed to make major contributions to new areas of neuroscience such as multi-modal neuro-imaging with PET, MR and MEG; neuromodulation with deep brain stimulation, and neuro-technology with brain machine interfaces.  Faculty in Bioengineering like Aaron Batista, Tracy Cui, Raj Gandhi, Takashi Kozai, Gelsy Oviedo-Torres, and Doug Weber are all involved in cutting-edge research.  The success of the Brain Institute will depend in part on the efforts of this vibrant faculty.”

Bioengineering and the Brain