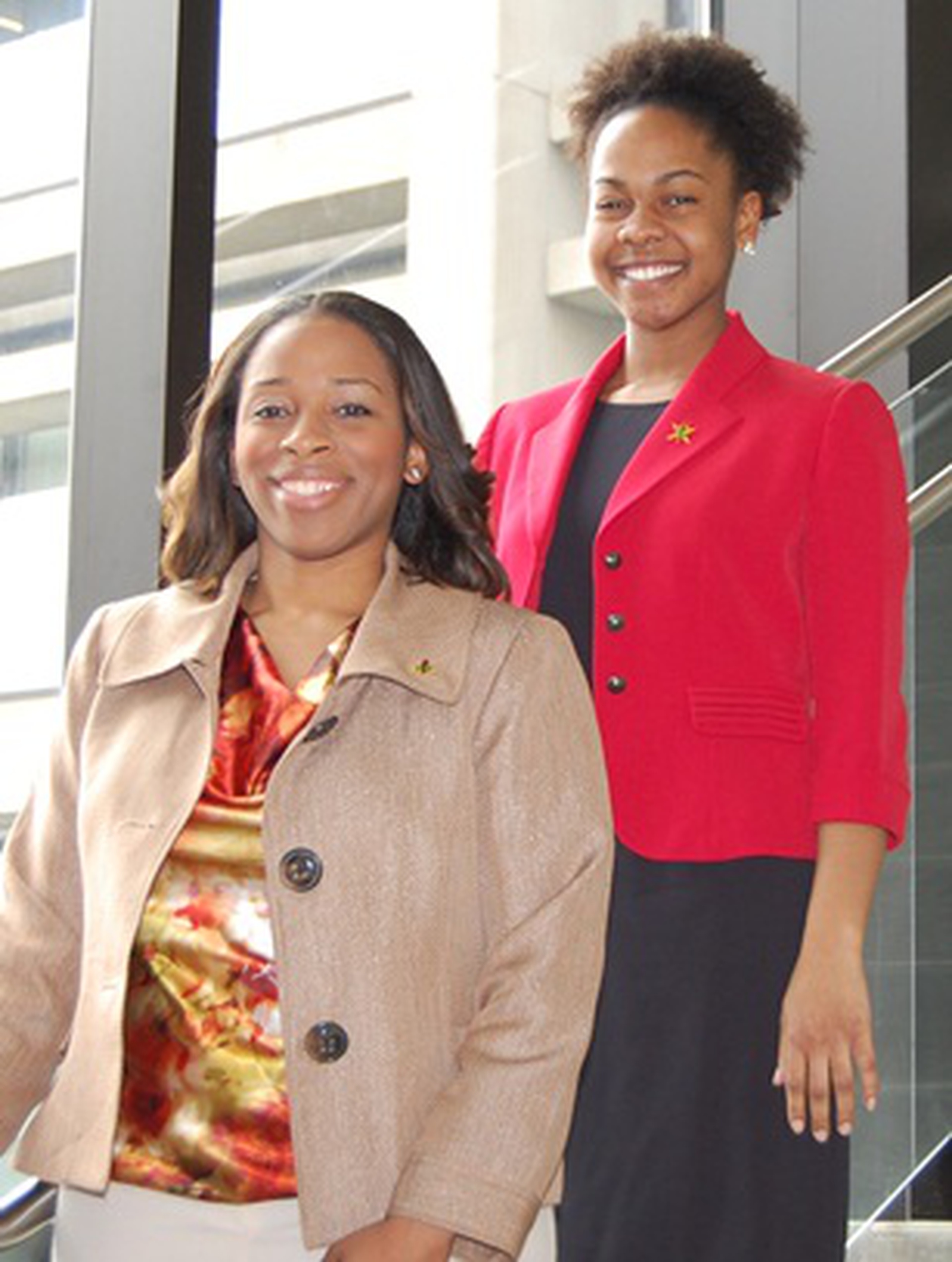 Read more about Sossena Wood at the Pittsburgh Post-Gazette.

PITTSBURGH  (April 9, 2013) … The University of Pittsburgh Swanson School of Engineering chapter of the National Society of Black Engineers (NSBE) was well-represented at the national organization's 39th annual convention in Indianapolis, Ind., March 27-31. Leading off the recognition was the election of PhD candidate Sossena Wood to National Chairperson of the organization.

Ms. Wood, a native of Laurel, Md. who earned her bachelor of science in electrical engineering from Pitt in 2010 and currently is a graduate student researcher and PhD candidate in bioengineering, previously served as Region 2 Chair from May 2011 to April 2012, and National Vice Chair from June 2012 to present. She will serve a one-year term as National Chairperson and will work with the National Executive Director, Dr. Carl B. Mack, to coordinate NSBE operations. Ms. Wood is the sixth woman to serve as National Chairperson since NSBE's founding in 1975.

"I am extremely honored to have been selected by my peers to help to lead this incredible organization," Ms. Wood said. "Pitt has held a strong relationship with NSBE and I am excited that both the University and our City will be representing one of the most dedicated engineering societies in the U.S. As Chairperson, I plan to help the organization give back to our communities and assist in making the new role models of our communities' individuals with careers in STEM. Athletes are great role models, but STEM majors are the ones that save our lives every day."

In addition to Ms. Wood's election, Ashley McCray, a Pitt sophomore with a major in chemical engineering, was elected as Region II Programs Chair, which includes Pittsburgh. Ms. McCray, who is from Matteson, Il., also received a NSBE General Mills Scholarship at the conference. Other recognition included the "Retention Chapter of the Year" Award for Pitt's NSBE Chapter, as well as a NSBE Board of Corporate Affiliates Scholarship for engineering first-year student Casey Tompkins-Rhoades.

Sylvanus N. Wosu, PhD and Associate Dean of Diversity and Alaine Allen, M.Ed., Director of Pitt EXCEL and INVESTING NOW, attended the first all-African American Deans forum held at the conference. Both contributed to the discussion with other deans and minority engineering program directors to solve the issues of retention of blacks in engineering nationally. The Engineering Office of Diversity could potentially be a strategic partner on the national level for NSBE's $11 million proposal for a 5 year Retention Program submitted to Exxon Mobil. Through this proposal NSBE will attempt to be the premier organization to graduate blacks in engineering and technology on at all levels of education.

"For several years, Pitt's NSBE chapter has excelled to be very visible at the regional and national levels. They are exemplary representatives of Pitt and the Swanson School, as well as of NSBE itself," noted Sylvanus N. Wosu, PhD, associate dean for diversity at the Swanson School. "I especially want to thank the administration, faculty and staff at the Swanson School for helping our students to achieve this national recognition."

About NSBE
The National Society of Black Engineers (NSBE), with more than 29,900 members, is one of the largest student-governed organizations in the country. Founded in 1975, NSBE now includes more than 394 College, Pre-College, and Technical Professional/Alumni chapters in the United States and abroad. NSBE's mission is "to increase the number of culturally responsible black engineers who excel academically, succeed professionally and positively impact the community."

The National Society of Black Engineers (NSBE) is a 501(c)(3) non-profit association that is owned and managed by its members. The organization is dedicated to the academic and professional success of African-American engineering students and professionals. NSBE offers its members leadership training, professional development, mentoring opportunities, career placement services and more. NSBE is comprised of 242 collegiate, 70 professional and 82 pre-college active chapters nationwide and overseas. These chapters are geographically divided into six regions. NSBE is governed by an executive board of college students and engineering professionals and is operated by a professional staff in our World Headquarters located in Alexandria, VA. NSBE has accomplished more for Black engineering students than any other organization in the world. The same light that flows from the NSBE torch to students and professionals in the United States is also relevant for NSBE students in Africa, Europe, South America, Asia, Canada, Australia and the Caribbean. It is the goal of the Society to replicate its mission and vision in countries around the world, creating a global network of Black engineers, scientists and technologists.