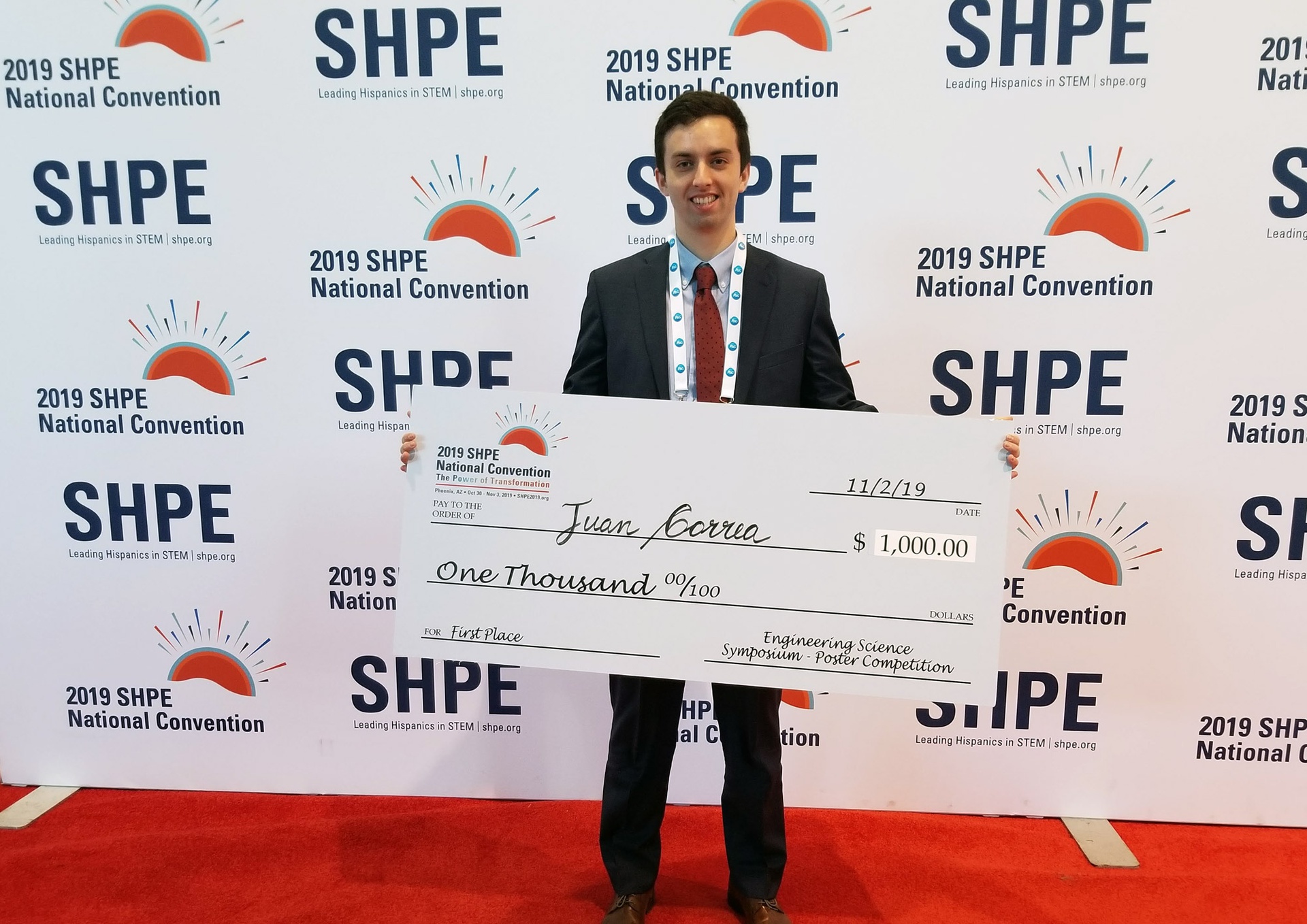 Correa works in the lab of Doug Weber, associate professor of bioengineering in the Swanson School of Engineering and director of the Rehab Neural Engineering Labs. He presented a poster on using a high-density electromyography (HDEMG) electrode sleeve array to analyze surface EMG from individuals who have sustained spinal cord injury.

“We use the HDEMG sleeve to record EMG signals from a patient’s forearm while they do several hand movements and then process and classify these movements,” Correa explained. “The purpose of the project is to optimize the methods of processing and classifying the data to enable individuals who have sustained a spinal cord injury the ability to accurately control assistive devices through the use of EMG signals found on affected limbs.”

Jordyn Ting, a bioengineering graduate student in the RNEL Labs, has helped mentor Correa during his undergraduate research. Her work involves studying spared muscle and motor unit activity in individuals with tetraplegia with the goal of restoring intuitive control of hand function through non-invasive methods.

“Sebastian’s work has helped to identify some of the key analysis steps necessary in analyzing muscle activity from individuals with spinal cord injuries,” said Ting. “We will continue to build upon this foundation in future work on the project.”

Correa received a $1,000 award for his achievement among a competitive group of both graduate and undergraduate students. The presentations covered a variety of topics from a broad range of STEM fields with a focus on “engineering grand challenges.”

“Sebastian was competing against PhD students from around the country, but still managed to bring home the top prize,” said Weber. “He and Jordyn worked very hard on this research, and it’s wonderful to see their efforts rewarded.”