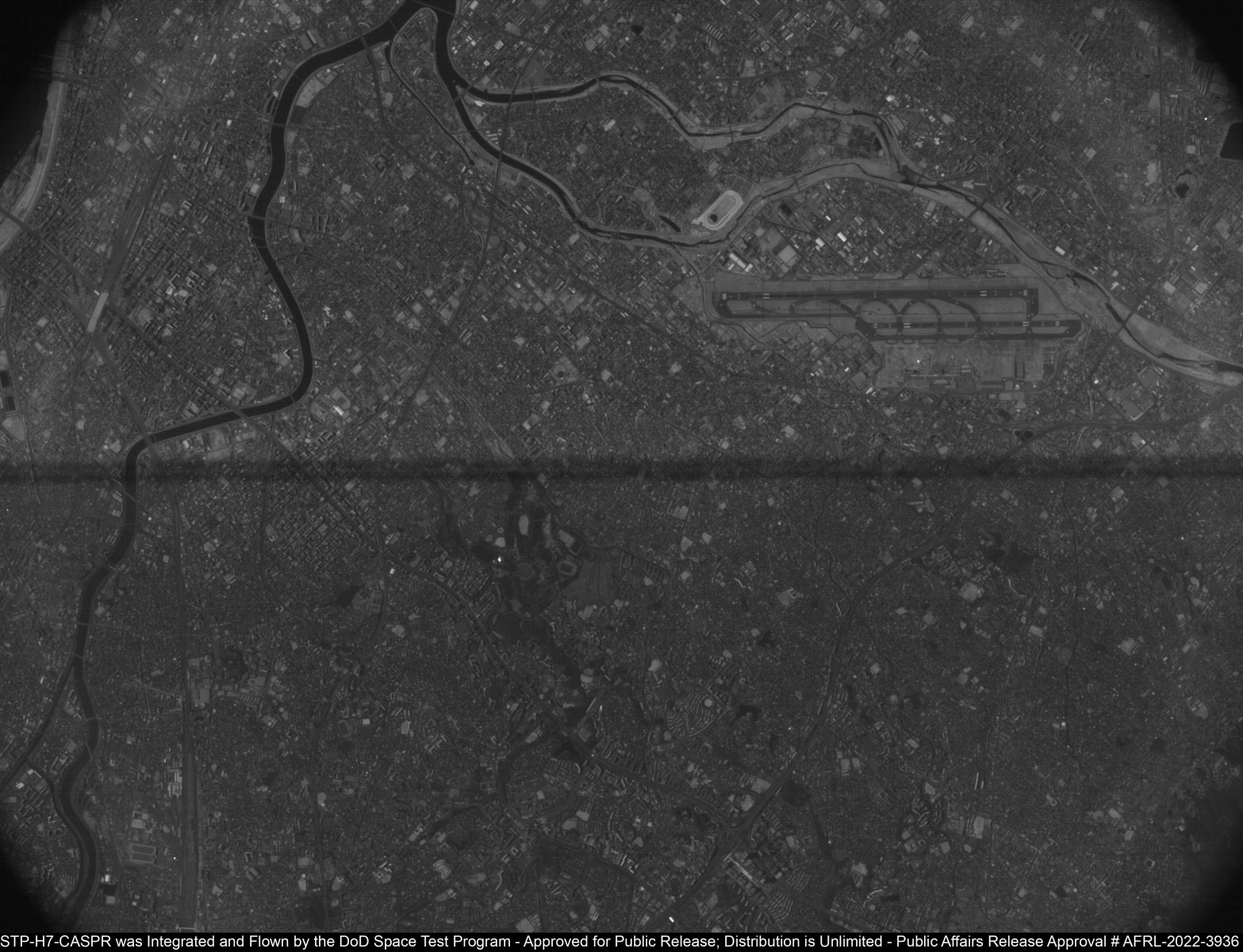 CASPR Celebrates One Year Aboard the ISS 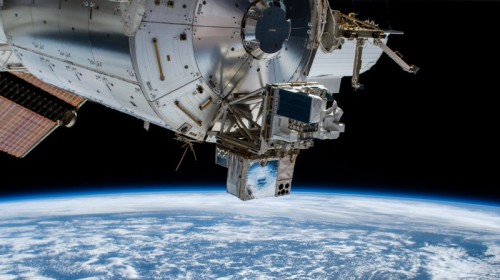 Since it launched in December 2021, CASPR—the Configurable and Autonomous Sensor Processing Research system—has been hard at work on the International Space Station (ISS).

The system of new space computers and sensors was created at the University of Pittsburgh’s NSF IUCRC Center for Space, High-performance, and Resilient Computing (SHREC). Since powering up in January 2022, it has been collecting data and imagery at at low ground-resolved distances, meaning it can see fine details in each image. Roads and houses, even airplanes taxiing on an airport runway, are all visible with CASPR’s incredible high-resolution binocular telescope and space computing capabilities.

And the SHREC ground station isn’t in Houston or Florida, but rather headquartered in Schenley Place on Pitt’s Oakland campus.

“When you’re at the ground station, you have a window looking out over the entire planet in your office, and you get a little bit of what it’s like to see the earth from space,” said Evan Gretok, graduate student at Pitt and CASPR operations lead.

“This data, and these images—we’re theoretically the first people to see them.” added CASPR Project Manager Seth Roffe, also a graduate student at Pitt.

One such image that stood out was an image of an island in the Maldives in the Indian Ocean that they struggled to identify. When the team compared the image to Google Earth images, they realized it was because the island has changed dramatically in recent years.

“We realized that between when the Google Earth image was taken in 2016 and when ours was taken in 2022, the island was completely deforested so a resort could be built,” said Roffe, who noted that a big part of their work is finding and improving methods for mapping the images they receive from CASPR. “You can see these pictures as a timeline of what is happening in the world.”

SHREC and CASPR are both led by Alan George, the Mickle Chair Professor and Department Chair of Electrical and Computer Engineering at Pitt’s Swanson School of Engineering.

“Spacecraft offer a unique vantage point for service to society, in terms of communications, navigation, weather and disaster tracking, defense, science, and much more,” said George. “Researchers in SHREC are engineering and evaluating a variety of new technologies for advanced space computing and sensing.” 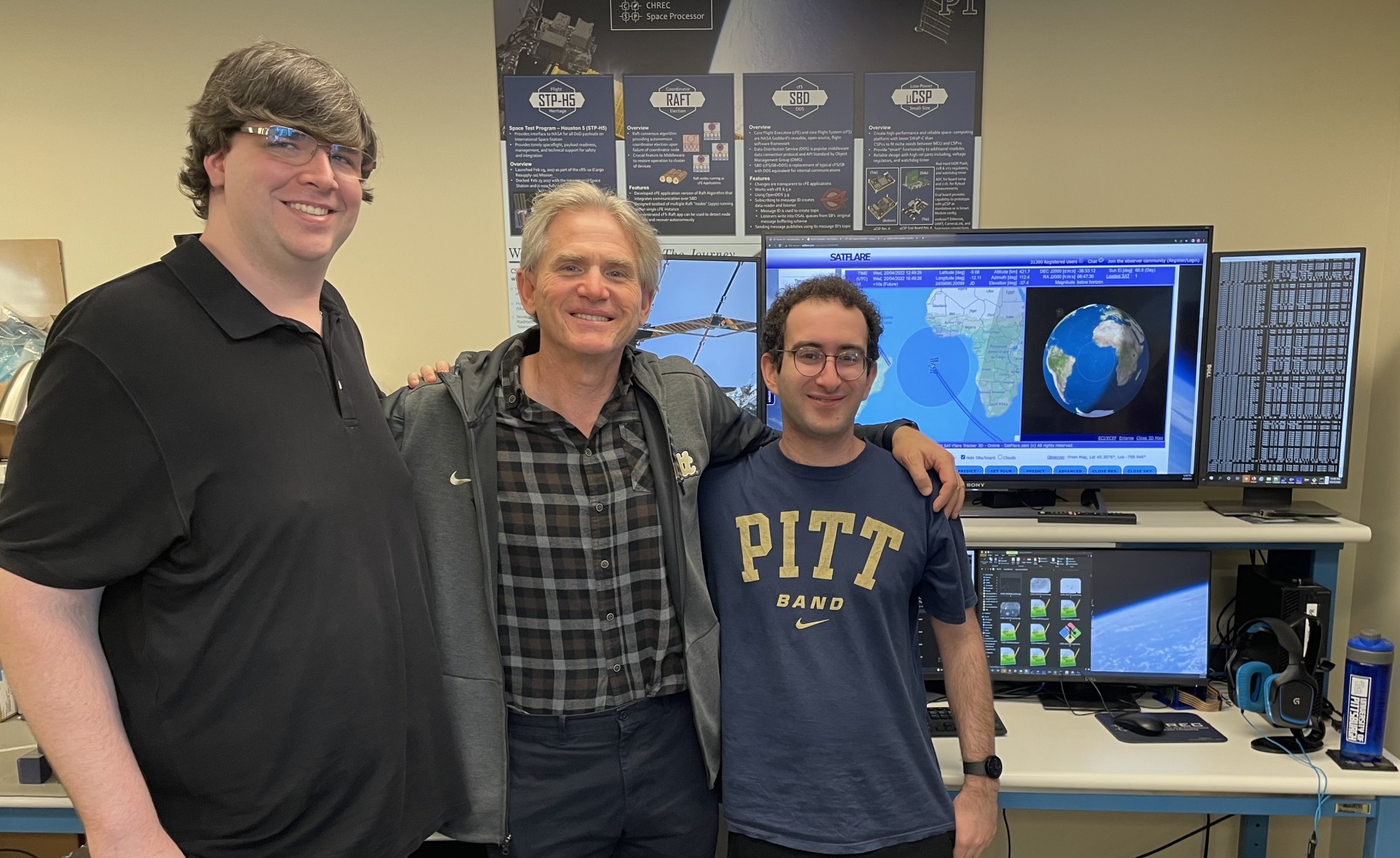 CASPR has not only introduced novel machine learning and sensing capabilities; it has also presented a unique opportunity for Pitt graduate students to design and operate technology in space. Dozens of current and former students have contributed to the success of this mission.

“Having students involved in this process—I really don’t think there’s a better example of real-world experience,” said Gretok. “It’s not even so much the fact that everything works well; it’s that everything it throws at us, we’re still able to pick our way through it.”

“The coolest part is the concept that we can take the research we’re doing here and get it into flight hardware,” noted Tyler Garrett, Pitt graduate student and CASPR’s graphics processing unit (GPU) lead. “It’s an opportunity few get to have. Our research is on one frontier, but we get a second frontier in space computing. It pushes boundaries in its own way.”

The space computing system will continue pushing boundaries for at least another year, as its stay aboard the ISS was recently extended through December 2023. After its work is finished, CASPR will be disconnected from the ISS and will hurdle toward earth, getting a closer look at the planet it surveyed before eventually burning up in its atmosphere.

CASPR Celebrates One Year Aboard the ISS