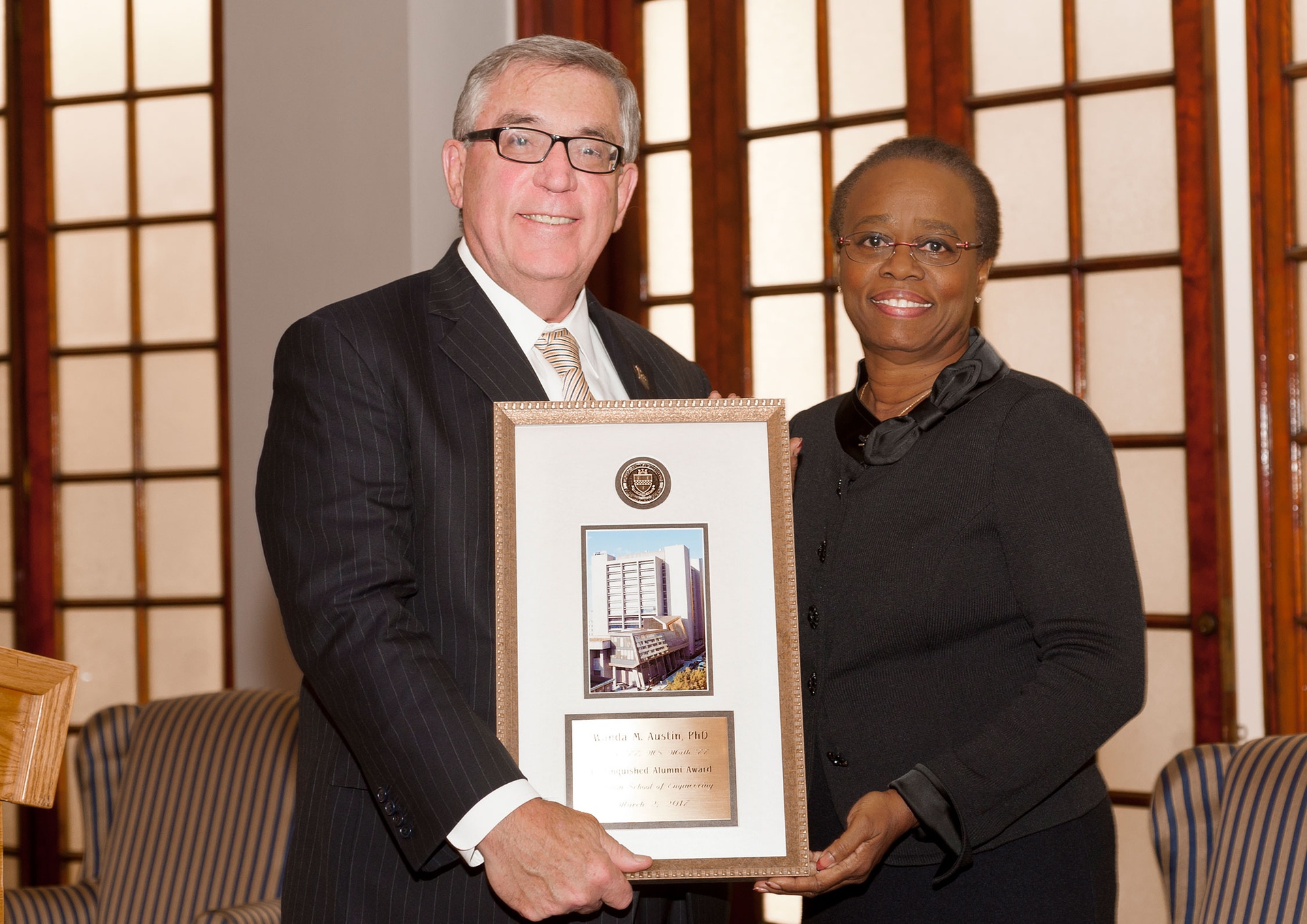 PITTSBURGH (March 8, 2017) … Collectively they are professors, researchers and authors; inventors, builders and producers; business leaders, entrepreneurs and industry pioneers. The 53rd annual Distinguished Alumni Banquet brought together honorees from each of the Swanson School of Engineering’s six departments and one overall honoree to represent the entire school. The banquet took place at the University of Pittsburgh's Alumni Hall, and Gerald D. Holder, US Steel Dean of Engineering, presented the awards.

The distinguished alumna chosen to represent the Swanson School of Engineering overall in 2017 was Wanda M. Austin, PhD, MSCE ’77, MS Math ’77, retired president and CEO of The Aerospace Corporation.

“The Swanson School Distinguished Alumni Award recognizes past recipients of the departmental awards who have excelled in their careers, who have been an inspiration to faculty and students at the Swanson School and who through their accomplishments and capacity have had an impact on the next generation of Pitt engineers,” said Dean Holder. “Wanda, for your incredible engineering career, and your dedication, not only to your employees but future engineers and scientists, we are proud to honor you as our 2017 Distinguished Alumna of the Swanson School of Engineering.”

About Wanda Austin
Dr. Wanda M. Austin earned a BS in mathematics from Franklin & Marshall College, MS degrees in systems engineering and mathematics from the University of Pittsburgh and a PhD in systems engineering from the University of Southern California (USC). She is the former president and CEO of The Aerospace Corporation, an independent, nonprofit organization dedicated to the application of science and technology toward critical issues affecting the nation’s space program. From January 2008 until her retirement in October 2016, Austin managed The Aerospace Corporation’s 3,600 employees and annual revenues of $917 million. She was the sixth president and first female president of the organization and is internationally recognized for her work in satellite and payload system acquisition, systems engineering and system simulation.

Austin served on the President’s Council of Advisors on Science and Technology, and she was appointed to the Defense Science Board in 2010 and the NASA Advisory Council in 2014. She is an honorary fellow of the American Institute of Aeronautics and Astronautics (AIAA), a Councilor of the National Academy of Engineering and a member of the International Academy of Arts and Sciences. She also serves on the Board of Trustees for USC and the Board of Directors for the Chevron Corporation.

Austin is committed to inspiring the next generation to study the STEM disciplines and to make science and engineering preferred career choices. Under her guidance, The Aerospace Corporation undertook a number of initiatives in support of this goal, including participations in MATHCOUNTS, US FIRST Robotics and Change the Equation. She is the author of Making Space: Strategic Leadership for a Complex World, which explores the leadership principles she learned during her decades-long journey as an engineer and executive in the space industry.