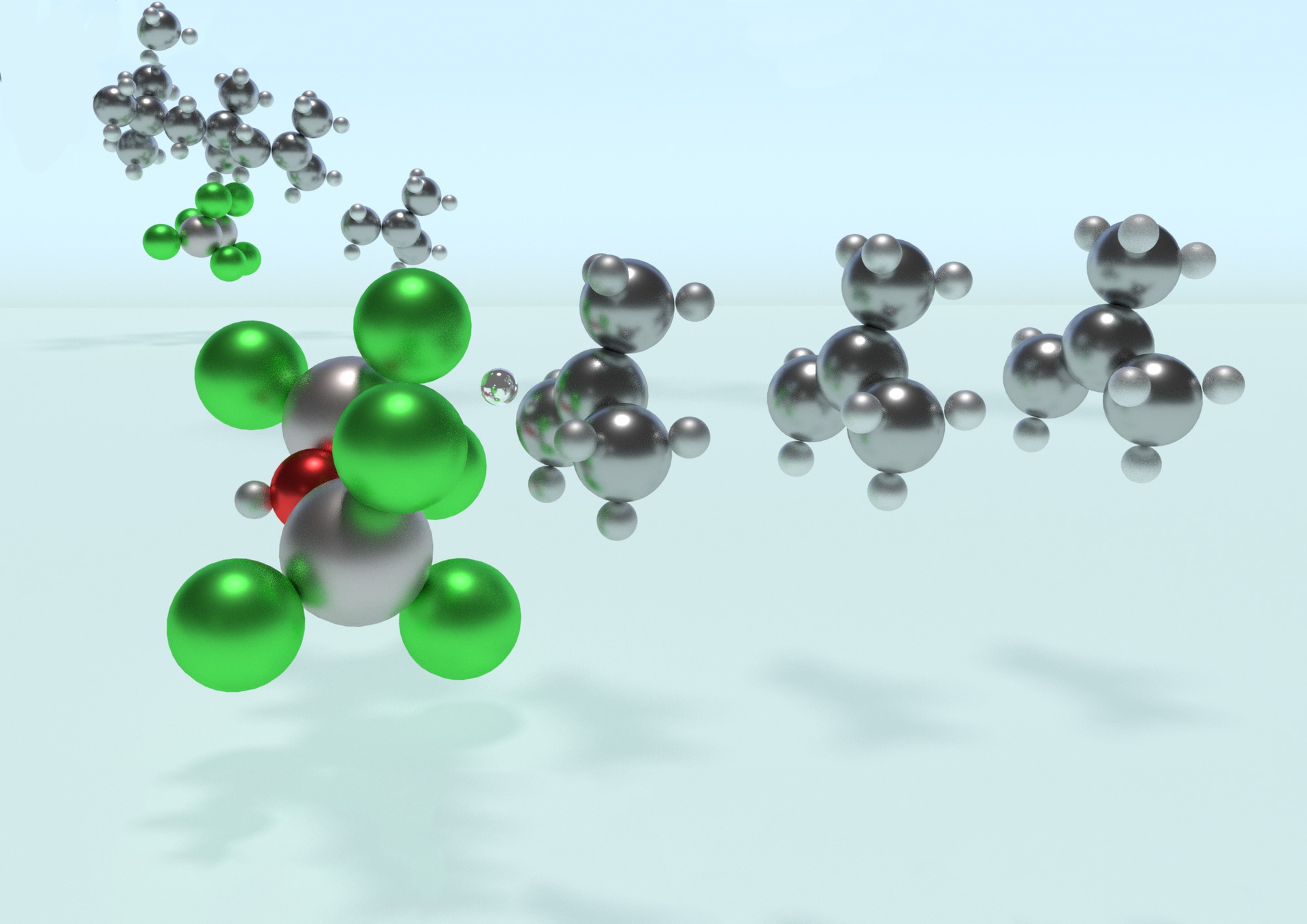 Reaction mechanism showing a proton transfer from the superacid catalyst to isobutylene. This is the first step in the PIB polymerization process. (Minh Nguyen Vo/Johnson Research Group)

PITTSBURGH (August 23, 2018) … Polyisobutylene (PIB) is a workhorse polymer that is found in a multitude of products, ranging from chewing gum, to tires, to engine oil and gasoline additives. Although commercially produced in large quantities since the 1940s, PIB chemistry was a mystery – scientists weren’t sure how the reaction mechanism that creates the polymer happens at the molecular level, which limited further potential.

However, a collaboration between the University of Pittsburgh’s Swanson School of Engineering and Wickliffe, Ohio-based Lubrizol Corporation has unlocked the secrets of PIB’s reaction mechanism. The group’s findings were published this month in the journal ACS Catalysis (DOI: 10.1021/acscatal.8b01494).

Principal investigator is Karl Johnson, the William Kepler Whiteford Professor in the Swanson School’s Department of Chemical & Petroleum Engineering. Funding for the research was provided by Lubrizol, which in 2014 established a $1.2 million strategic partnership with the Department and Swanson School to jumpstart research innovation that also offers opportunities for undergraduates to participate.

“PIB is an incredibly versatile polymer. It can have many different properties depending on how it is made. There are many different ‘recipes’ for making PIB, each employing different catalysts and reaction conditions, but it turns out that no one really knows what is happening at the molecular level. Finding out what is going on is important because it is harder to control a process that you don’t understand.”

Solving this catalytic puzzle is of interest to Lubrizol, which specializes in ingredients and additives for polymer-based products. Utilizing the University’s Center for Research Computing to analyze the molecular processes, the Pitt/Lubrizol group found that the assumed reaction mechanism was not correct and that initiation of the reaction requires a “superacid” catalyst.

“These findings provide fundamental insight into the PIB reaction mechanism that could potentially be used to design different catalysts and to control the reaction – and hence, the potential range of products – in ways that are currently not possible.” Dr. Johnson said. “This project shows the value of creating academic/industrial partnerships to pursue research that might not be possible if pursued independently.” 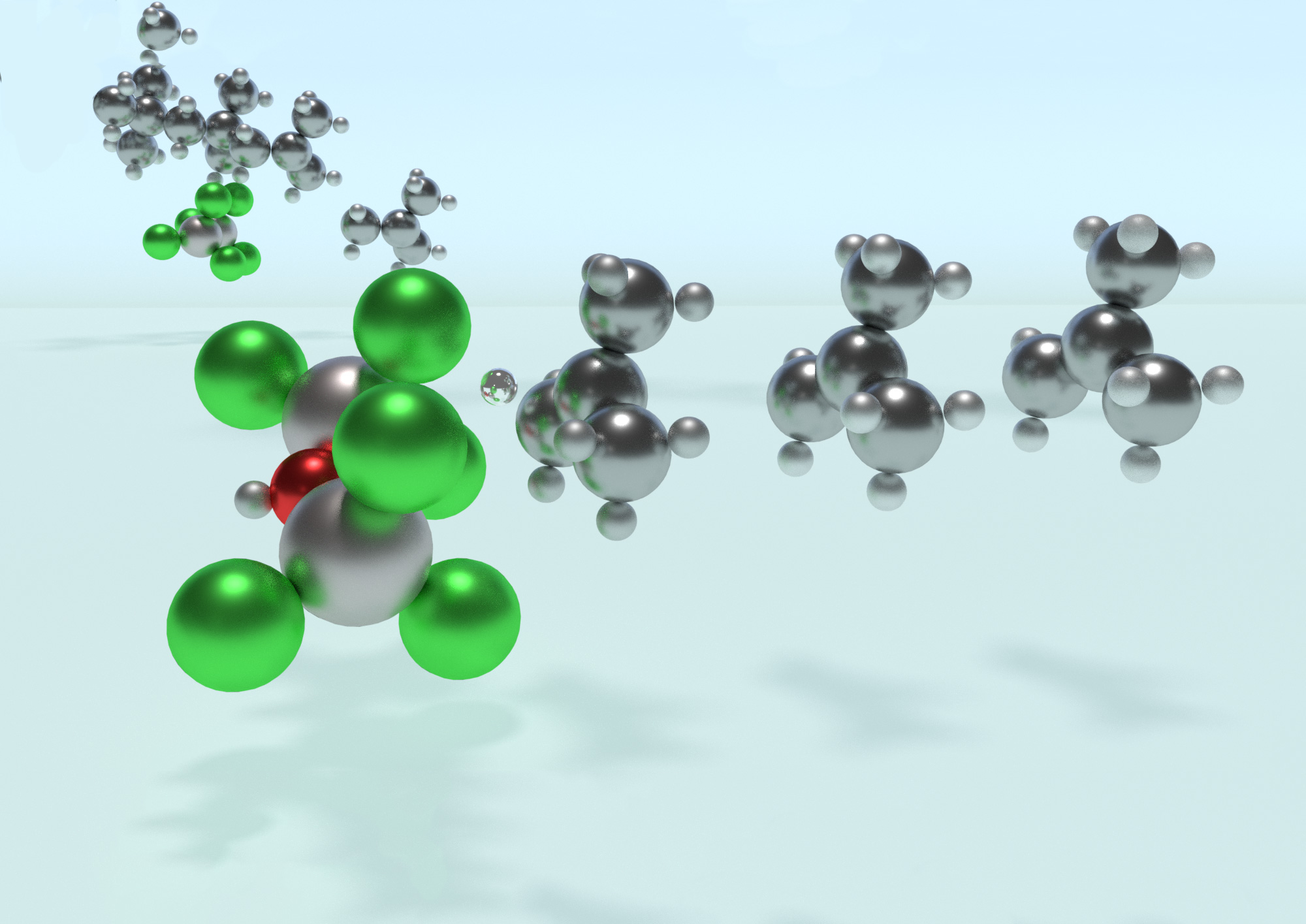 Image above: Representation of the superacid catalyst, discovered by the Pitt/Lubrizol team and the PIB polymer chains. (Minh Nguyen Vo/Johnson Research Group)

About the Johnson Research Group
The Johnson Research Group at the University of Pittsburgh uses atomistic modeling to tackle fundamental problems over a wide range of subject areas in chemical engineering, including the molecular design of nanoporous sorbents for the capture of carbon dioxide, the development of catalysts for conversion of carbon dioxide into fuels, the transport of gases and liquids through carbon nanotube membranes, the study of chemical reaction mechanisms, the development of CO2-soluble polymers and CO2 thickeners, and the study of hydrogen storage with complex hydrides.