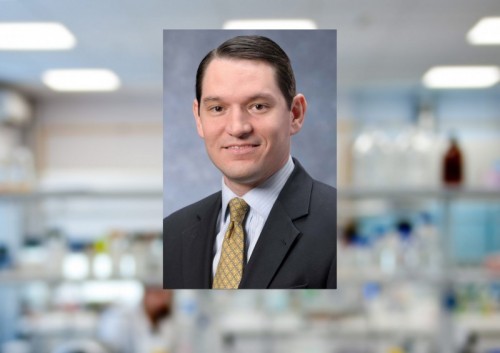 PITTSBURGH (April 9, 2021) … The Controlled Release Society (CRS) has announced that University of Pittsburgh Professor Steven R. Little will receive its Distinguished Service Award at its virtual annual meeting this July 25-29. Little, the William Kepler Whiteford Endowed Professor and Chair of the Department of Chemical and Petroleum Engineering at Pitt’s Swanson School of Engineering, is internationally recognized for his research in drug delivery systems that mimic the body’s own mechanisms of healing and resolving inflammation.

This is Little’s third honor from CRS; in 2018 he received the society’s Young Investigator Award, and in 2020 was elected to its College of Fellows for “outstanding and sustained contributions to the field of delivery science and technology over a minimum of ten years.”

“Dr. Little's leadership of the focus groups of the Controlled Release Society has been transformational for the society as a whole,” said nominator Justin Hanes, the Lewis J. Ort Professor of Ophthalmology at the Johns Hopkins University School of Medicine. “I have never seen the young rising superstars of our field so engaged in the CRS, and their engagement is key to the long-term success of this remarkable scientific society. Dr. Little has also been a highly valued member of the CRS board of directors. He is a visionary and a natural leader. We are so grateful to him.”

Rather than traditional drug treatments that are distributed throughout the entire body, Little’s controlled release research focuses on time-released microcapsules that target specific cells on site. In 2020, Little published a groundbreaking discovery of a new immunotherapy system that mimics how cancer cells invade the human immune system and thereby reduces the risk of transplant rejection. He has also made advancements to the fundamentals of delivery science with predictive models enabling rational design of drug delivery systems, leading to the founding of Qrono Inc., a specialty pharma company in Pittsburgh.

“The CRS is a tremendous organization, and I am extremely humbled by this recognition. A large number of people sacrificed so much of their time to achieve the positive changes that this award is recognizing. I am very confident that I speak for all of these people when I say how rewarding it is for all of us to see the next generation of scientists and engineers being recognized for what they do and having a way to exercise their own leadership in this world-class organization.”

More About Dr. Little
Dr. Steven Little is a William Kepler Whiteford Endowed Professor of Chemical and Petroleum Engineering, Bioengineering, Pharmaceutical Sciences, Immunology, Ophthalmology, and the McGowan Institute for Regenerative Medicine at the University of Pittsburgh. He received his PhD in Chemical Engineering from MIT in 2005, with his thesis winning the American Association for Advancement of Science's Excellence in Research Award.