This year's theme: "The Grid in Transformation"

PITTSBURGH (October 28, 2016) … “The Grid in Transformation” is the theme of the 2016 Electric Power Industry Conference, presented by the University of Pittsburgh’s Swanson School of Engineering and its Center for Energy on Monday, November 14 and Tuesday, November 15 at the University Club on Pitt’s Oakland Campus.

This year’s keynote speakers are Richard Riazzi, President and CEO of Duquesne Light in Pittsburgh, and Lloyd M. Yates, Executive Vice Present, Customer and Distribution Operations; President Carolinas of Duke Energy in Charlotte, North Carolina. Both are alumni of the University of Pittsburgh.

“As universities like Pitt partner with corporations and utilities, we’re experiencing a subtle yet steady evolution of our transmission and distribution grid,” noted Gregory Reed, PhD, Conference Chair and Director of Pitt’s Center for Energy and the GRID Institute; Director of the Swanson School’s Electric Power Systems Laboratory; and Professor of Electric Power Engineering. “We’re taking on the economic and technological challenges of modernizing a grid built a century ago, and working together to solve the problems that utilities face with integrating renewable and distributed resources, such as home-based solar installations, as well as addressing other dynamics across the industry.

“Rich and Lloyd are both change agents in the industry and understand that power utilities can best evolve by collaborating with research universities like Pitt and private companies to transform the grid for the 21st century.”

The first day of EPIC will feature the keynote speakers as well as technical program sessions, a graduate student research symposium and poster session, with an evening networking event. The second day will open with a Grid Modernization Workshop and breakout sessions. 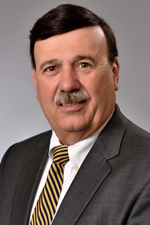 About Richard Riazzi
A 36-year power and natural gas industry veteran, Richard Riazzi currently serves as President and Chief Executive Officer of Duquesne Light Holdings and Duquesne Light Company, a leader in the transmission and distribution of electric energy to more than half a million customers in southwestern Pennsylvania, including downtown Pittsburgh.

Riazzi’s six years at Duquesne Light reflect an ongoing focus on customer service and technology improvements.  Consistently among the best utilities in the state in reliability and in the top 10 percent in customer satisfaction nationwide, Duquesne Light, under Riazzi’s leadership, invested significant resources to ensure that its infrastructure – the wires, transformers, substations, poles and other equipment that make up the company’s transmission and distribution system—meets current and future electrical demands.  Most recently, the company replaced separate customer care computer systems with one new, integrated system that will allow customers to better manage their monthly electric use.  An extensive upgrade in its metering infrastructure, started in 2014, will put more information in the hands of customers via an online portal, enabling them to make more informed decisions about their energy consumption.  Looking to the future, Riazzi also has committed more than $1 billion to transmission and distribution infrastructure improvements to ensure a safe, reliable source of electricity for Duquesne Light customers.

Prior to joining Duquesne Light, Riazzi spent four years as CEO and General Manager of the Chelan County Public Utility District, a wholesale generator and retail distributor of electric power in the state of Washington.  At Chelan County PUD, Riazzi launched a planning process to bring the community and ratepayers together to steer the utility through a financial downturn. Comprehensive financial policies developed during that time will guide the utility through the foreseeable future by paying down debt, building reserves, and avoiding large rate increases.  He is also credited with leading Chelan County to numerous high rankings in transmission system reliability and overseeing the environmental stewardship around the company’s three hydroelectric projects.

A native of McKeesport, Pa., Riazzi earned his bachelor’s and master’s degrees at the University of Pittsburgh. Mr. Riazzi is an active member of numerous community and industry organizations, including serving on the boards of the Allegheny Conference on Community Development, the United Way of Allegheny County, Junior Achievement of Western PA, the Pauline Auberle Foundation and the Edison Electric Institute (EEI). 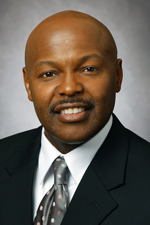 About Lloyd Yates
As executive vice president of customer and delivery operations for Duke Energy, Lloyd Yates is responsible for all customer-facing operations. In addition, he oversees the company’s electric distribution system, as well as planning for grid investments to enhance reliability and the customer experience. As president of Duke Energy’s Carolinas Region, he has responsibility for the profit/loss, strategic direction and performance of the company’s regulated utilities in North Carolina and South Carolina.

Yates has more than 30 years of experience in the energy industry, including the areas of nuclear generation, fossil generation and energy delivery. He previously served as executive vice president of regulated utilities for Duke Energy, where he had responsibility for the company’s utility operations in six states. He also had responsibility for federal government affairs, as well as environmental and energy policy at the state and federal levels. As executive vice president of customer operations for Duke Energy, he led the transmission, distribution, customer services, gas operations and grid modernization functions to approximately 7.2 million electric customers and 500,000 gas customers.

Yates serves on several community, state and industry boards. In 2014, he was elected president and chairman of the Association of Edison Illuminating Companies. He is also a director for Marsh & McLennan Companies Inc., a global professional services firm. Yates and his wife, Monica, have two daughters.