“Brandon and Daniel excelled at balancing their engineering interests outside of the classroom with truly exceptional academic performances,” said Alan George, the Mickle Chair Professor and Department Chair of Electrical and Computer Engineering at Pitt. “As the department continues to grow and explore new ways to provide our students with a comprehensive academic experience, these two outstanding seniors set the tone for student performance.”

Assistant Professor and EE Undergraduate Program Director Irvin R. Jones Jr. and other faculty members are responsible for electing the Outstanding Senior in Electrical Engineering. Selection criteria are based on students’ academic standing; demonstration of character and leadership; and service to the EE discipline, ECE department, School of Engineering, and the community.

A small committee consisting of undergraduate program leaders and chairs selects the Outstanding Senior in Computer Engineering. The committee evaluates students on the basis of their technical and professional accomplishments as well as their contributions to the discipline of computer engineering. 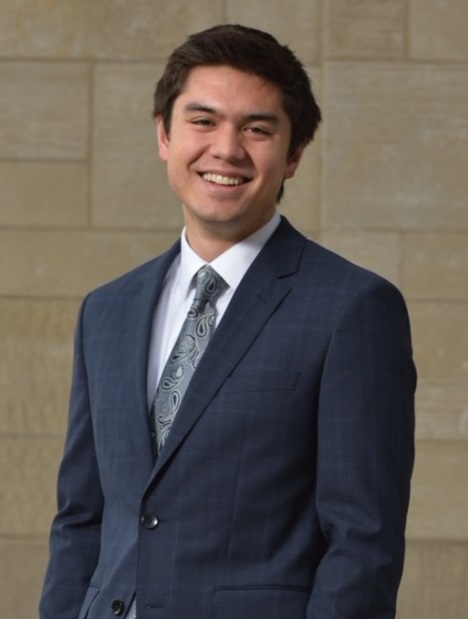 About Brandon Contino
Contino graduated this spring with a BS in Electrical Engineering and a minor in economics. He was president of the Robotics and Automation Society, the Engineering Student Council, and the Panther Amateur Radio Club. He also represented Pitt, Carnegie Mellon University, Point Park University, and West Virginia University students as Student Representative Chair of the Pittsburgh Section of the Institute of Electrical and Electronics Engineers.

For his senior design project, Contino worked with three mechanical engineering students to design an autonomous laundry folding robot. “Foldie” won first place at the MEMS Symposium and both second in MEMS and second in ECE at the Pitt Design Expo in Fall 2016. Along with classmate and friend Dan Chi, Contino is now pursuing a venture applying technological innovation to greenhouse farming, beginning with the development of a tomato harvesting robot for greenhouse tomato production.

“The ECE Department has assisted me as a student immensely through not only providing the courses to learn the required knowledge to function as an electrical engineer, but it has also provided numerous opportunities and outside the classroom learning,” said Contino. “The faculty and staff have been incredibly helpful in assisting in projects. A lot of the work and hands on learning I acquired would not have been possible without Jim Lyle and Bill McGahey in SERC (Student Electronics Resource Center).” 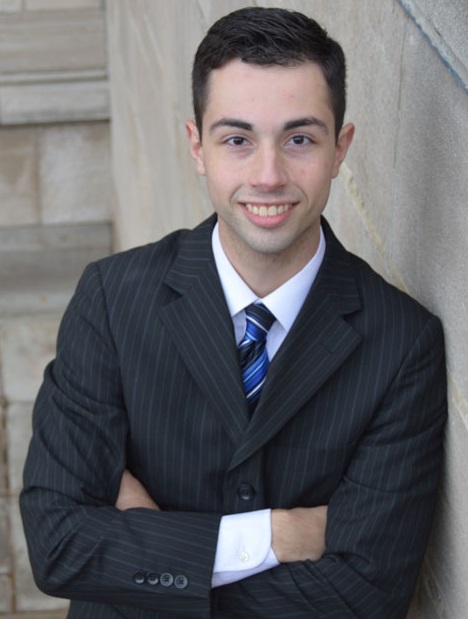 About Daniel Bednarczyk
Bednarczyk graduated this spring with a BS in Computer Engineering. He interned with The Bank of New York Mellon Corporation and Bentley Systems, where he now works full-time as a Software Engineer. He recently received second place in his department at the Pitt Design Expo for his senior project ‘Augmented Reality Dashboard,’ an Android application sponsored by Eaton. He also received the Best Computer Engineering Paper award at the Freshmen Engineering Conference. Bednarczyk received the Buick Engineering Achievers Scholarship and the Pittsburgh Italian Scholarship in 2013.

During his time as a student, Bednarczyk joined many clubs, including Engineers for a Sustainable World Hydroponics Team, Engineering Student Council, and the Music Engineering Laboratory. He was also involved in non-engineering clubs such as WPTS Radio, the Pitt Program Council, and Residence Life.

Bednarczyk is a first-generation college student, which he was able to afford through a combination of scholarships, paid internships, and service as a Resident Assistant in the First-Year Engineering Living Learning Community. An avid singer/songwriter, Bednarczyk frequented the Swanson School’s new Music Engineering Laboratory and recording studio. He has also done graphic design work for both the university and Swanson School.

“The ECE Department has dedicated, personable staff who worked with me closely in many courses. I was encouraged to develop challenging projects and experiment with new technologies,” said Bednarczyk. “It allowed me to have a flexible curriculum built around my particular interests in both hardware and software, and the department continues to offer new courses on exciting topics.”