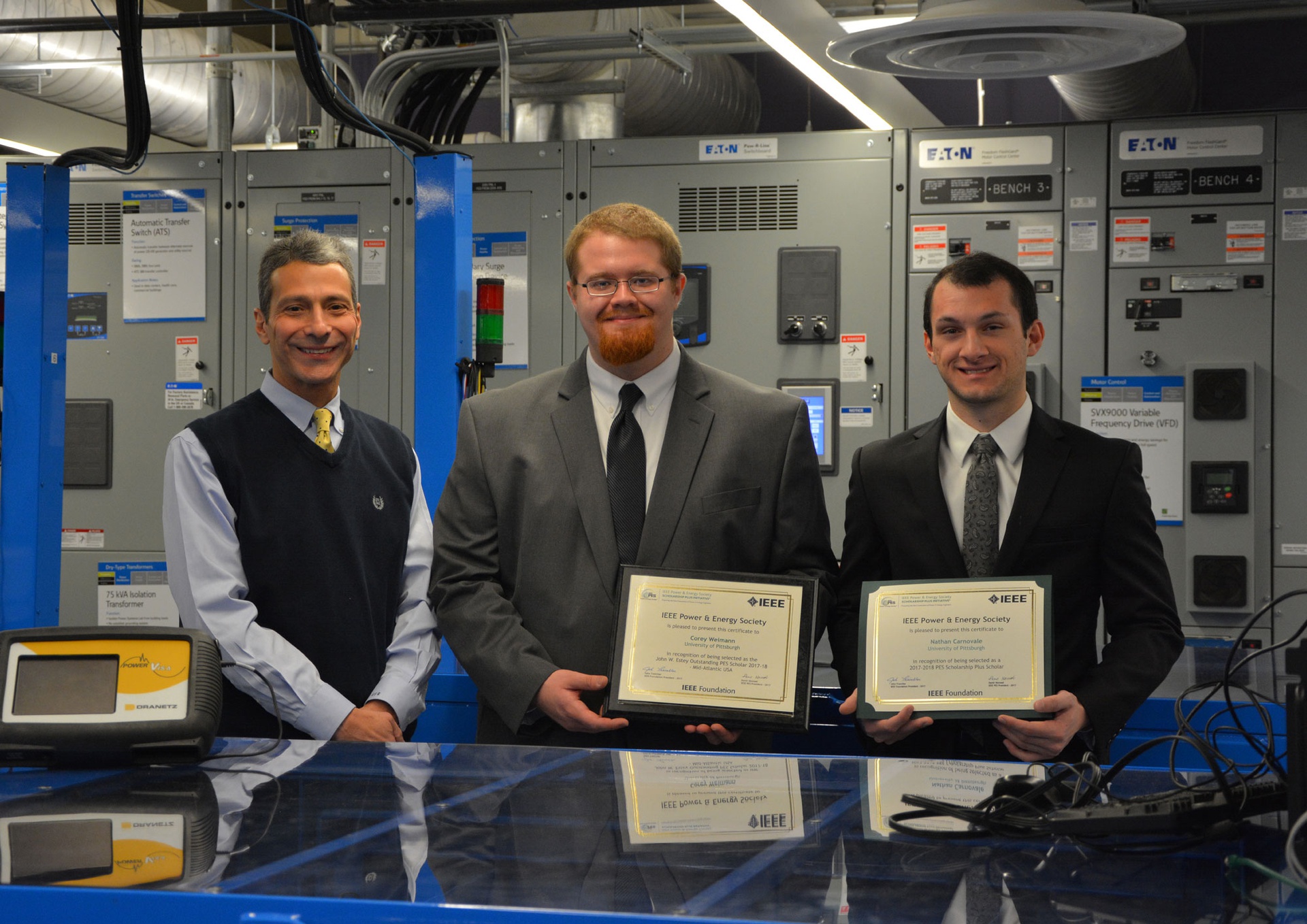 Dr. Greg Reed (left), Professor of Electrical and Computer Engineering, and Director of Pitt's Center for Energy, with Corey Weimann and Nathan Carnovale.

“This is a prestigious award for undergraduates in the field of electric power,” said Robert Kerestes, assistant professor of electrical and computer engineering at Pitt. “The support for Corey is well-deserved, and we are grateful for students like him who showcase the hard-work being done at the University of Pittsburgh each year.”

The IEEE PES Scholarship Plus Initiative awarded scholarships to 210 electrical engineering students at universities across the U.S., Canada, and Puerto Rico. Applicants for the scholarships were evaluated based on high achievement with a strong GPA, distinctive extracurricular commitments, and dedication to the power and energy field.

Over the past seven years, the Scholarship Plus Initiative has awarded $3.1 million in scholarships to students interested in pursuing a career in the power and energy industry. Weimann is the Swanson School’s 10th PES recipient since the scholarship’s inception in 2011 and continues the School’s six-year streak of at least one awardee each year.

About Corey Weimann
Corey Weimann is scheduled to graduate in spring 2018 with a bachelor of science in electrical engineering, with a concentration in power systems. While pursuing his degree, he spent his summers interning at Cintar Inc., an engineering and consulting firm in Glenshaw, Pa. He was responsible for electrical engineering work in a variety of environments including manufacturing plants, power generation facilities, and coal-fired power plants. Weimann is a member of the Tau Beta Pi Engineering Honor Society, Eta Kappa Nu Electrical Engineering Honor Society, and IEEE.