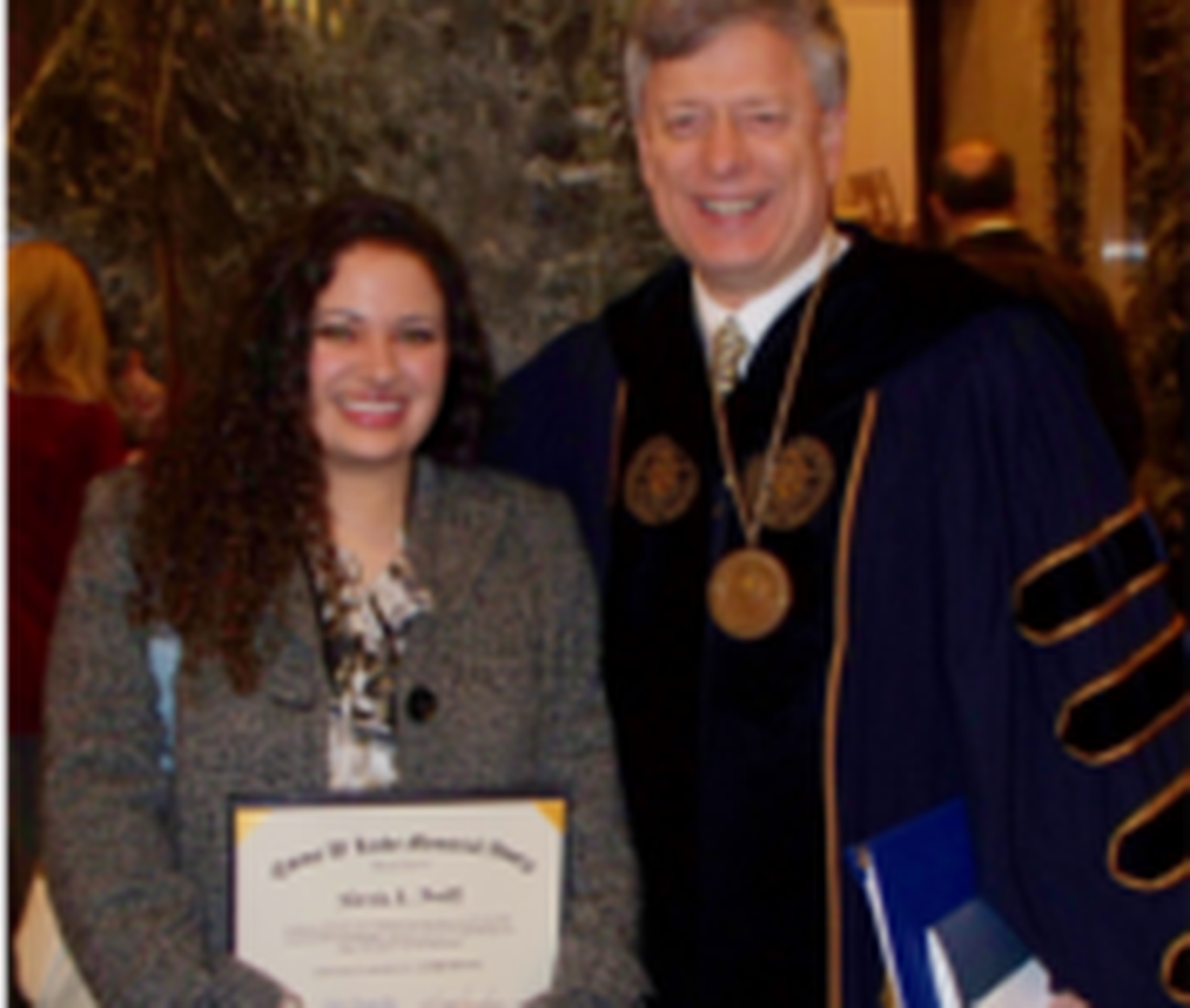 PITTSBURGH-University of Pittsburgh Honors College senior Alexis Nolfi was named the 2011 Emma Locke Award winner during Pitt′s Honors Convocation in February. Nolfi will graduate in May with a BS degree in bioengineering from Pitt′s Swanson School of Engineering and a BS degree in psychology with a minor in chemistry from the School of Arts and Sciences.

Established in 1946 by Charles A. Locke in memory of his mother, the Emma W. Locke Award is presented annually to a graduating senior in recognition of high scholarship, character, and devotion to the ideals of the University. The student must have at least a 3.85 GPA and plan to continue his or her education after graduation.

Nolfi has gained extensive internship and research experience during her time at Pitt, including a research internship at the bioengineering company ICx-Agentase, where she participated in a project to create a color changing sprayable enzymatic sensor for the detection of biochemical warfare agents.

While an intern with the Pittsburgh Tissue Engineering Initiative, Nolfi taught basic tissue-engineering concepts to middle schoolers in Pittsburgh and
underrepresented high school students in North Carolina. In addition, she assisted in research at the Adipose Stem Cell Center, Part of UPMC′s Division of Plastic Surgery and Pitt′s School of Medicine.

The summer following her junior year, Nolfi traveled to Brazil with Engineering for a Better Environment-a study abroad program offered through Pitt′s Swanson School of Engineering-to study sustainable and renewable energy sources. In her senior year, she studied globalization and market interdependence in Vietnam and Taiwan.

Nolfi′s involvement on campus extends beyond academics. She has been an
undergraduate teaching assistant in Pitt′s Department of Chemistry for the past four years. She is a member of Tau Beta Pi National Engineering Honor Society and the Society for Women Engineers and served as a historian for Phi Sigma Rho Engineering Sorority.