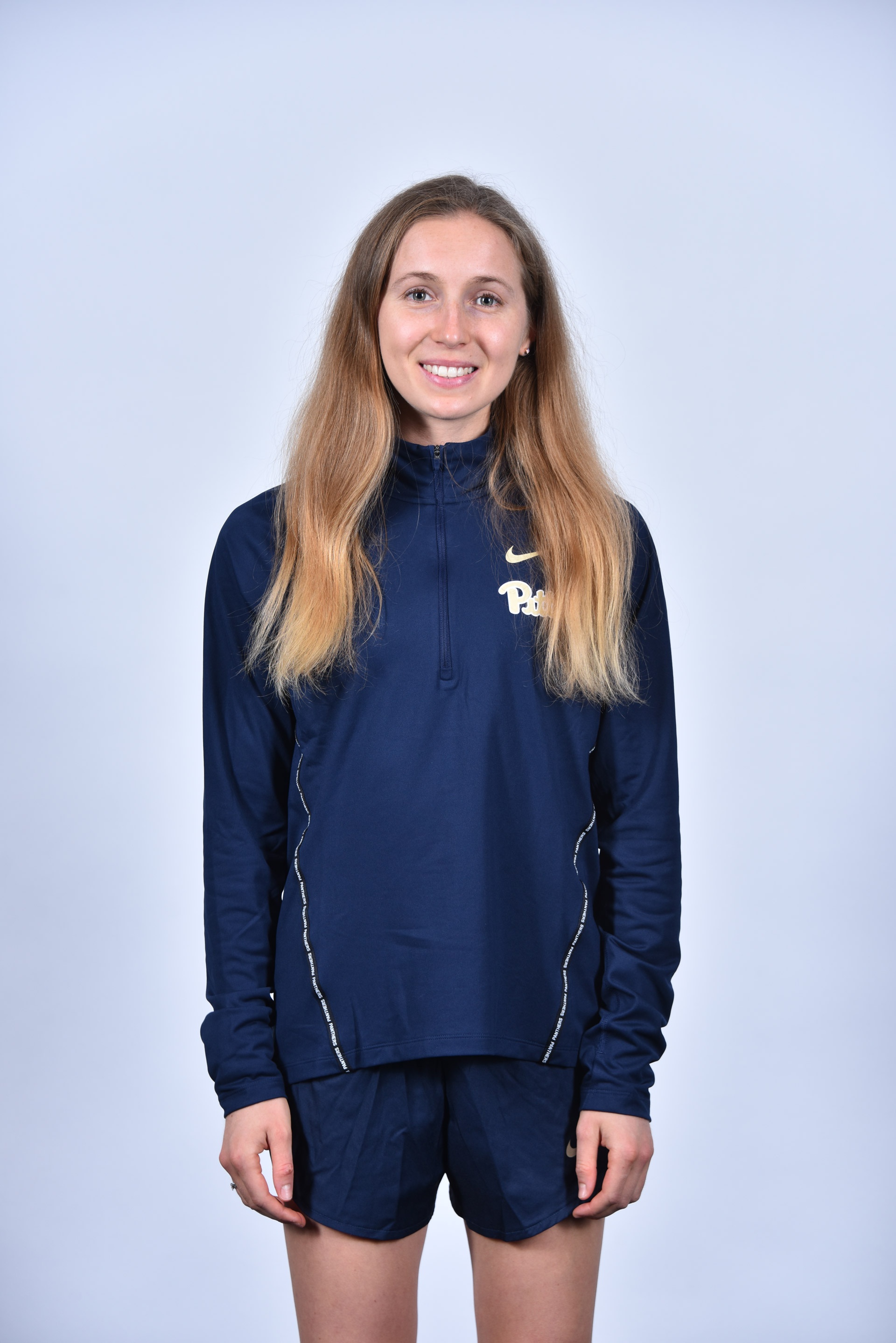 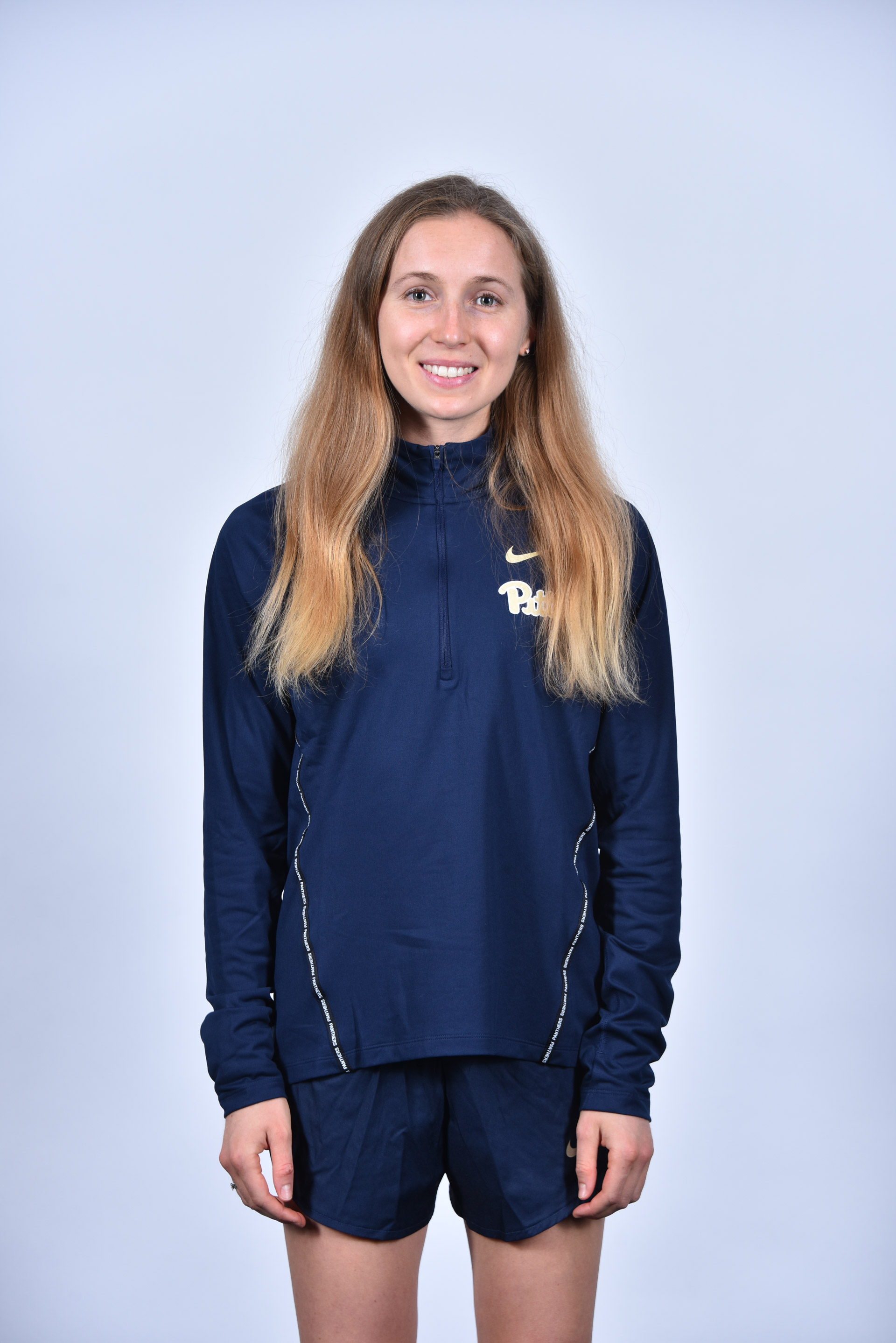 “My sophomore year I had an 8 a.m. class, so I practiced every day at 6 a.m. I got to two national championships because I worked hard. For the most part, I love running so I did it, but I had to work hard to deserve to be there. Now, I love the flow of classes and athletics because of all the different ways you’re being engaged day to day.”

“On the Right Track”
When Gillian Schriever enrolled in Pitt’s chemical engineering program, she wanted to be a pharmacologist. She even did drug delivery research in Little Lab, under the direction of principal investigator Dr. Steven Little, chair of the Chemical Engineering department. It wasn’t until her junior year that she decided she was ready for a change of pace.

“I went to a career fair, and I wanted practice talking to interviewers, so I approached a Navy recruiter,” Schriever says. “During our conversation, I found the work to be really interesting. I became more aware of the network of people involved in the naval nuclear program, and I wanted to be a part of it.” The following summer, Schriever interned at the Bettis Naval Nuclear Laboratory in West Mifflin, Pa.

She says, “The Navy has played a huge role in developing commercial nuclear power and has an amazing safety record. I was fortunate to have the opportunity to contribute to such a prestigious program that has made major improvements to the safety and efficiency of nuclear energy. There is also a strong ethical motivation to work on technology capable of replacing fossil fuels, protecting sailors, and contributing to the country’s safety.”

Schriever doesn’t know where her experiences will take her after graduation, but she does know she wants to travel. As a runner on Pitt’s Women’s Cross Country and Track and Field teams, she’s already off to a good start. “I grew up in a small town, and I want to move around a lot as a young adult. Pitt brought me to Pittsburgh, and running brought me to national competitions in Terra Haute, Indiana and Eugene, Oregon. They were great opportunities to travel and see beautiful cities,” Schriever says.

Note: This is part four of a four-part series about student-athletes at the Swanson School of Engineering.