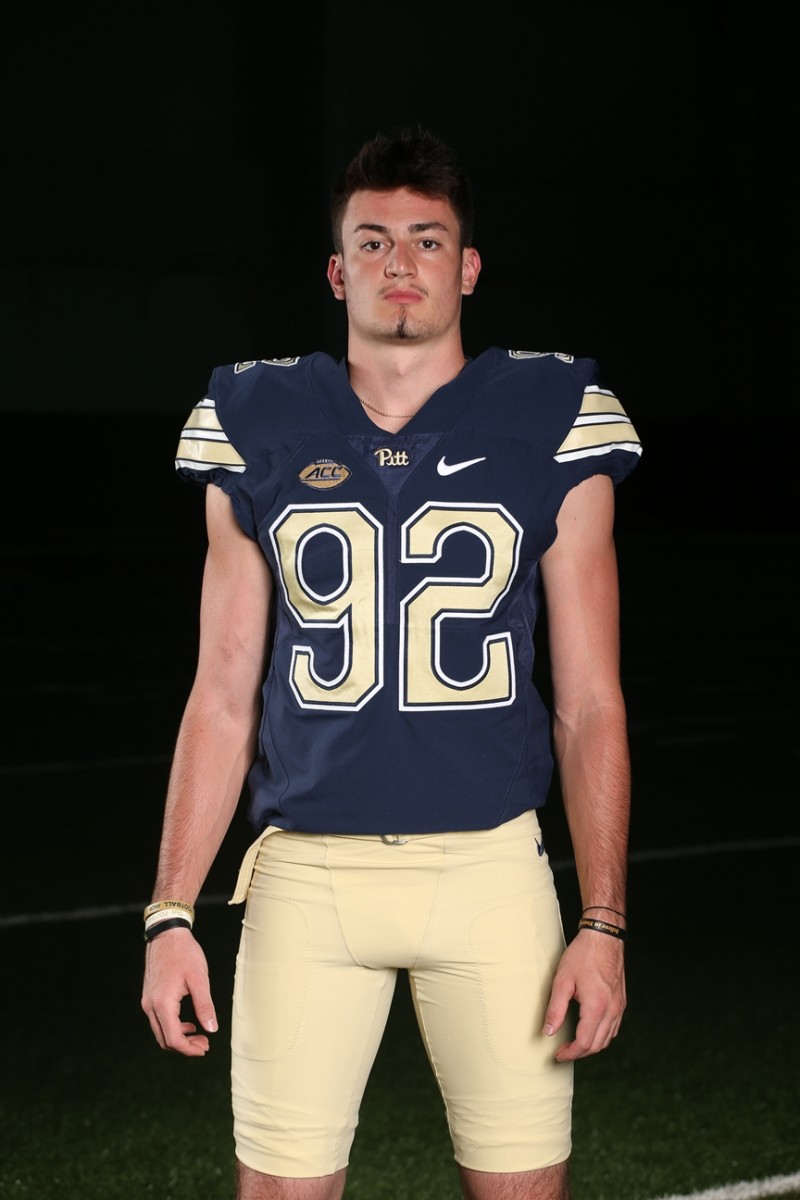 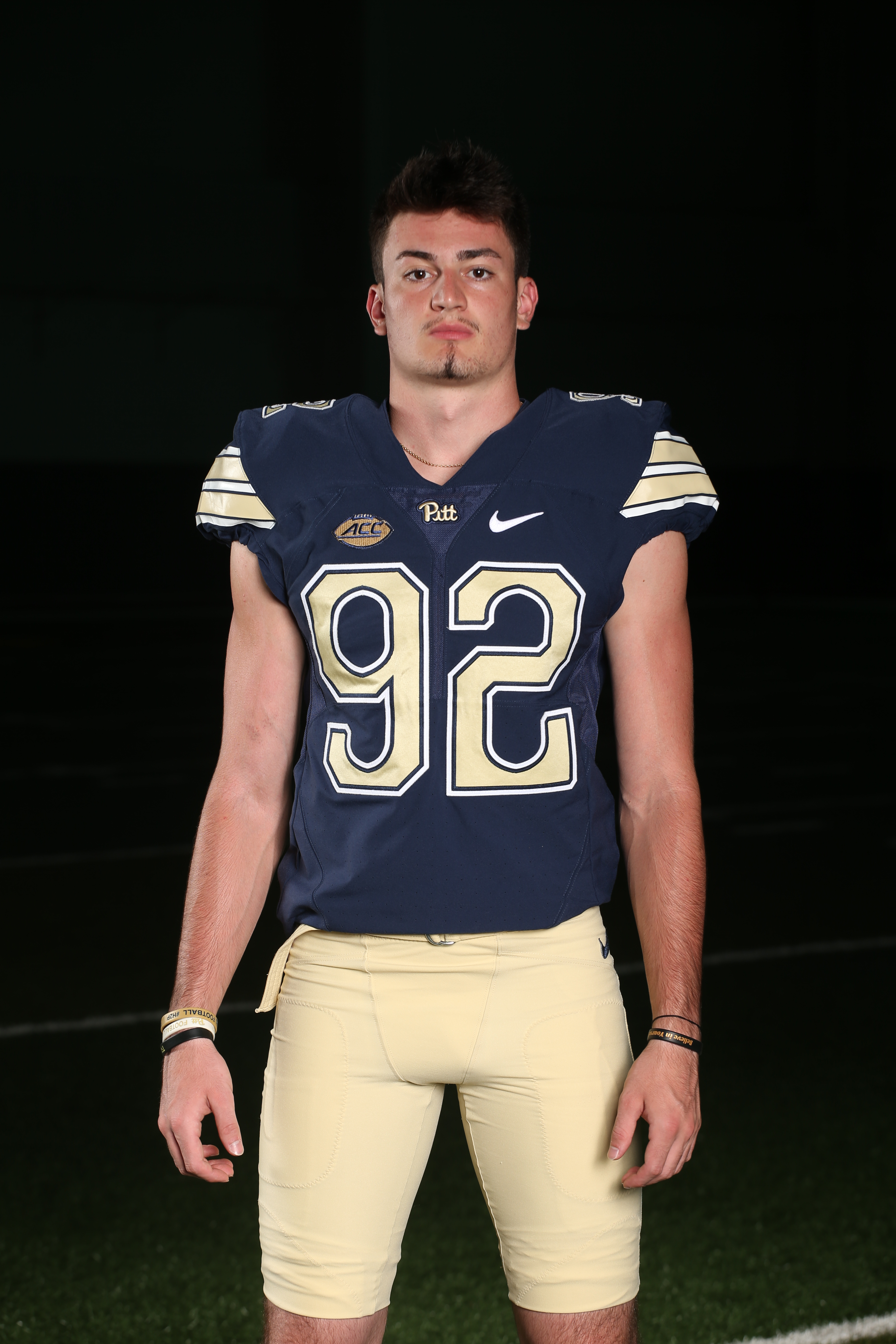 “You really have to keep up on your work during the week because you don’t have a weekend. Fridays you’re in a hotel all day, Saturdays you’re focused only on the game, and Sundays you have practice. You’re forced to be a good time manager. I was a good student in high school, but this is the first time in my life I’m starting papers three weeks in advance.”

“Making Game Plans”
Jake Scarton graduated high school sixth in his class with a 4.2 GPA and entered the Swanson School of Engineering with a good idea of what he wanted to study. “I like to work with my hands and be outside. My dad was a banker, but we lived on a farm. He was handy and did wood working. He really inspired me to want to create and build things,” he says. When he arrived at Pitt, Scarton started down the path of civil engineering and hasn’t looked back.

Turning down offers from several Division I and Division II schools in favor of Pitt, Scarton didn’t have any doubts about walking on to the team. However, unlike his plan to study civil engineering, joining the football team wasn’t necessarily in Scarton’s playbook. He says, “I never intended to play Division I football. It wasn’t my goal or a dream as a kid. I’m just lucky to be on the team.”

Only in his second year, Scarton’s already coming up with a strategy for fulfilling his academic and professional goals. “I just started classes in civil engineering, but I’m really enjoying the construction management courses I’m taking right now,” he says. “I’ll be here for four more years since I redshirted my freshman year. I’d like to go for a graduate degree like an MBA, so I’ll be well-prepared after for the work force after graduation.”

Note: This is part three of a four-part series about student-athletes at the Swanson School of Engineering. Part four will appear on the SSOE website on November 7, 2018.