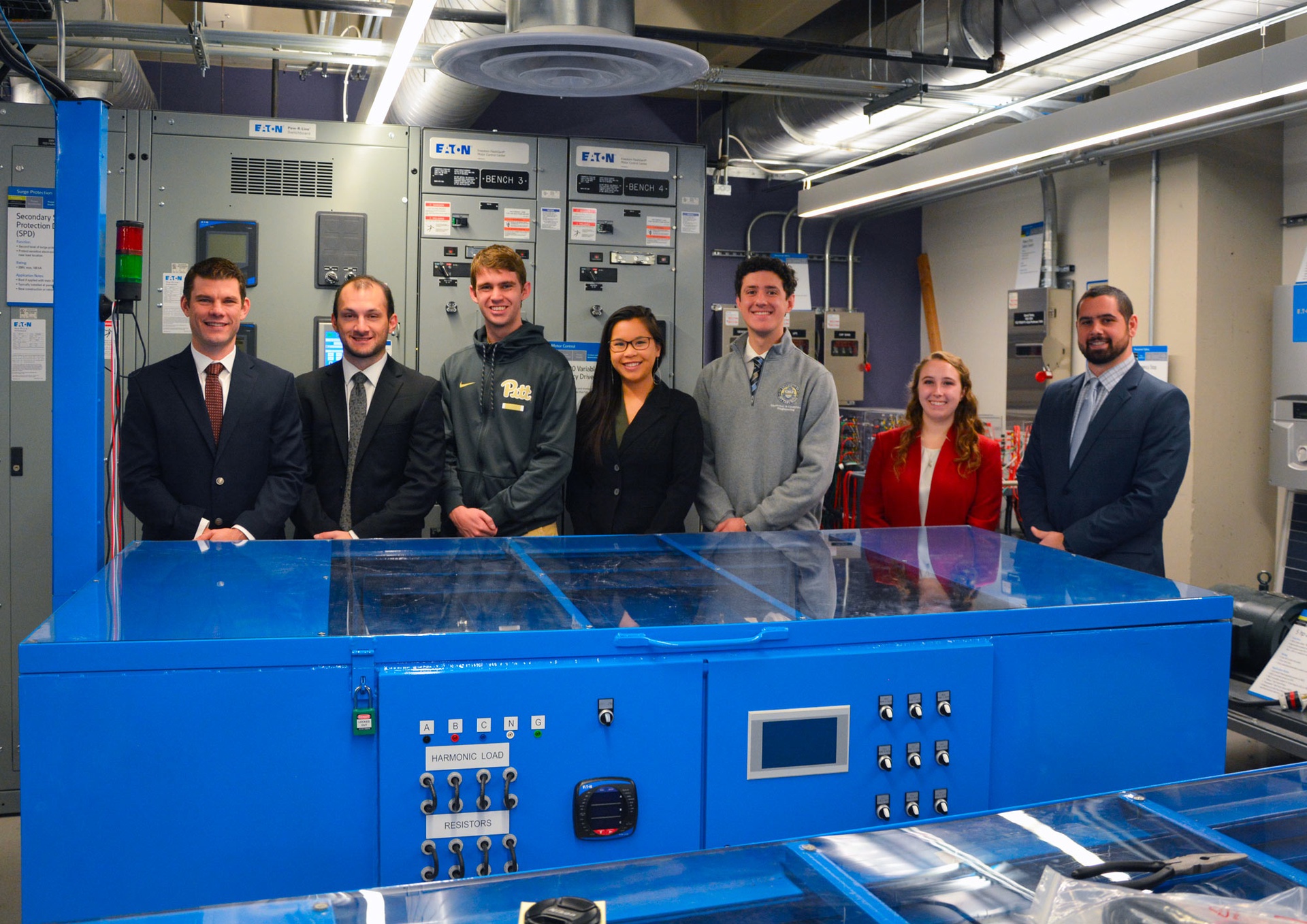 PITTSBURGH (Nov. 12, 2019) — The Institute of Electrical and Electronics Engineers (IEEE) Power and Energy Society (PES) selected Nathan Carnovale, a senior studying electrical engineering at the University of Pittsburgh’s Swanson School of Engineering, for the John W. Estey Outstanding Scholar Award. Carnovale is one of six Pitt students selected for the IEEE PES Scholarship Plus Award this year.

The John W. Estey Outstanding Scholar Award is given to the top PES Scholar in each of the six IEEE U.S. regions. Region 2, Carnovale’s region, covers Delaware, Ohio, Pennsylvania, Maryland, northern Virginia, southern New Jersey, West Virginia, and Washington, DC. It serves more than 25,000 of IEEE’s estimated 400,000 members. Carnovale was first awarded the IEEE PES Scholarship Plus Award in the 2017-2018 academic year and again in 2018-2019.

“In his four years at Pitt, Nate’s proven to be an outstanding student and role model,” says Robert Kerestes, assistant professor of electrical and computer engineering at Pitt. “We’re proud of this honor and look forward to the amazing things he will achieve beyond the University.”

With six awardees, Pitt has the second highest number of recipients out of the 78 universities represented. PES Scholars receive a financial award, one year of IEEE PES student membership, and mentorship from leading professionals in the power and energy industry.

The John W. Estey Outstanding Scholar Award is selected by industry and academic representatives in their region based on academic preparation, extra-curricular activities and leadership, interest in power and energy engineering, technical quality and overall assessment of career potential in power and energy engineering. The award includes $5,000 for school expenses, 12 months of IEEE and IEEE PES Student Membership, and up to $1,000 in travel honorarium to attend the IEEE PES General Meeting.

The award was named for John W. Estey, one of the three Chief Executive Officers in S&C Electric Company’s 100-year history.

Nate Carnovale is scheduled to graduate from the University of Pittsburgh in December 2019 with a bachelor of science in electrical engineering and a concentration in electric power, and plans to pursue an M.S. degree in electric power engineering at Pitt starting in spring 2020. During his undergraduate career, he interned with Eaton for two summers, working at Eaton’s Power Systems Experience Center and in Eaton’s Power Systems Automation services group in Warrendale, PA. There he gained experience in power systems metering and monitoring, as well as experience installing, wiring, and programming Eaton demos at the Experience Center. He will be working in Eaton’s Power Systems Controls group this summer working with microgrids. For four semesters at Pitt, Carnovale has been a teaching assistant for the Art of Making, an introductory engineering course to hands-on systems design. He is currently working to develop an adapted physical education learning tool for students with physical and mental challenges at the Western Pennsylvania School for Blind Children in Pittsburgh, a project he started during his time as a student in the Art of Making course.