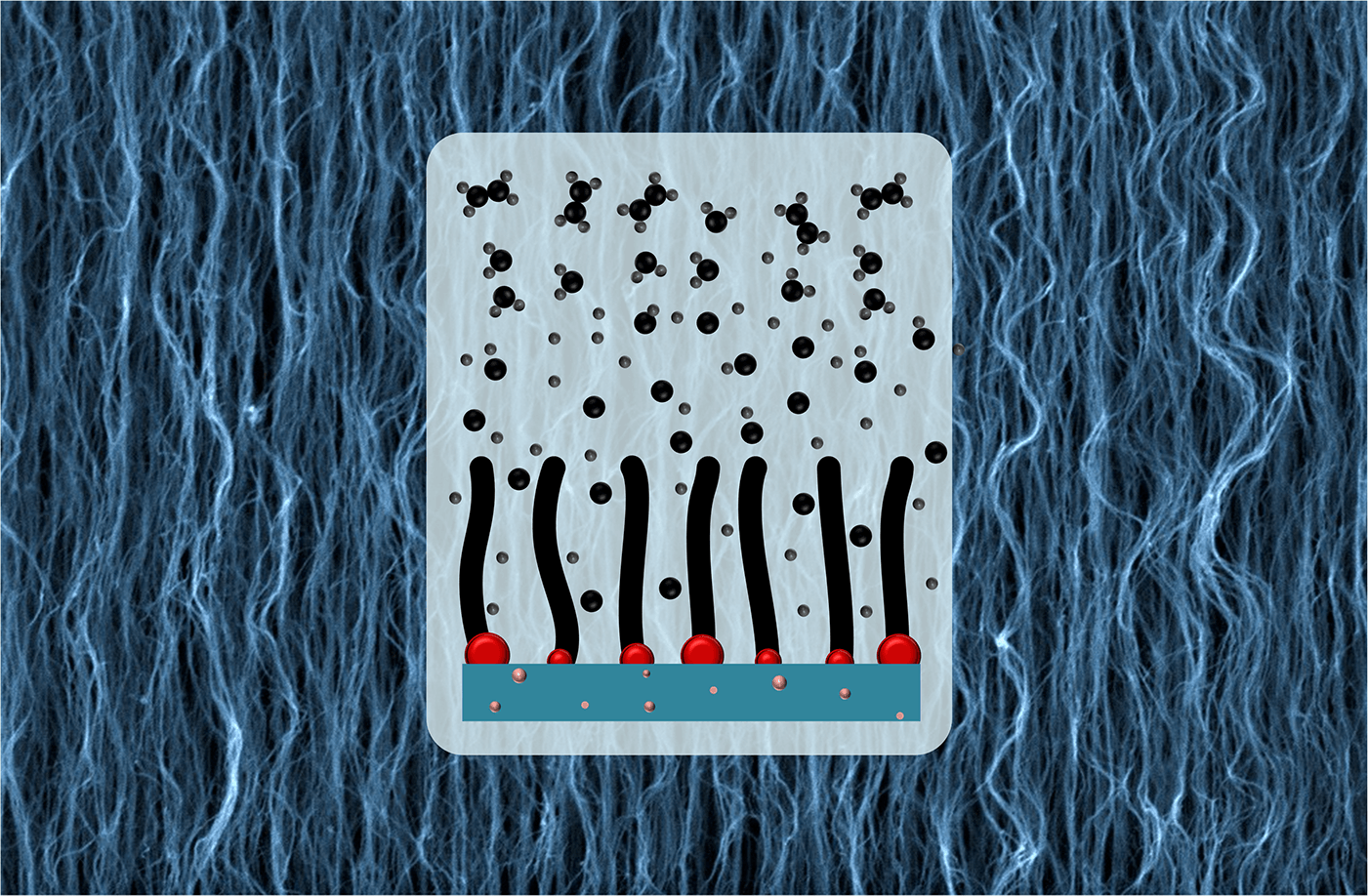 Finding the Fountain of Youth for Catalysts

Researchers at the University of Pittsburgh Swanson School of Engineering have developed a new method to significantly extend the lifetime of nanocatalyst “seeds” for the bottom-up growth of carbon nanotubes. Their findings were recently published in the journal Chemistry of Materials.

Carbon nanotubes (CNTs)—tiny filaments of carbon, each smaller than one ten-thousandth the size of a human hair—have shown transformative potential for electronics, energy storage devices, and high-strength/low-weight composites. The dominant method to synthesize CNTs, called catalytic chemical vapor deposition, uses metal nanoparticles as catalysts that grow CNTs from the bottom up, much like trees growing from seeds in a forest. The high-temperature process, however, changes the nanoparticles over time, meaning the catalysts have a limited lifespan for use.

Researchers at the University of Pittsburgh Swanson School of Engineering have developed a new method to significantly extend the lifetime of nanocatalyst “seeds” for the bottom-up growth of carbon nanotubes. Their findings were recently published in the journal Chemistry of Materials.

“An increasing number of chemical conversion technologies depends on oxide-supported metal catalysts, such as iron, nickel, and copper, but catalytic deactivation eventually kicks in, which is undesirable because it greatly limits the yield of the process,” said Mostafa Bedewy, assistant professor of industrial engineering, who led the study. “In the case of carbon nanotube growth from nanoscale catalyst seeds, this progressive deactivation leads to the death of individual nanotubes among a population of billions per square centimeter. What’s interesting in our study is that we leverage rapid temperature changes to delay catalyst deactivation and extend the catalytic lifetime toward growing indefinitely tall CNTs.”

The present study builds on previous work by the same group, which showed for the first time the ability to decouple the following three different components of the process from each other using this one-of-a-kind reactor: preparation of catalyst nanoparticles by thin-film dewetting, thermal decomposition of precursor gas, and nucleation and growth of carbon nanotubes.

PhD student Golnaz Tomaraei and former postdoc Jaegeun Lee worked together on this project with assistance from PhD student Moataz Abdulhafez, who are all authors of the paper that appeared in Chemistry of Materials.

“While previous work by other research groups either demonstrated decoupling of gas-phase reactions from catalytic growth of nanotubes, or demonstrated decoupling of catalyst formation from catalytic growth of nanotubes, our approach is the first to be able to completely decouple these three different processes,” said Lee. “And that is what enables us to rapidly heat the catalyst to a high temperature before growth starts for catalyst formation by reduction and dewetting, before changing temperature back to a lower temperature that is appropriate for growth.”

The team also reveals the underlying mechanisms for the observed boost of catalytic lifetime.

“It turns out from our comprehensive characterization of the metal catalyst and the oxide support layer that the loss of catalyst by subsurface diffusion was suppressed when we implemented the rapid thermal pretreatment step at high temperature, which delayed catalyst deactivation,” said Tomaraei. “We show that thermal treatment at 900°C makes the alumina support layer denser and less porous with higher film crystallinity and Lewis basicity.”

This work is a promising approach for controlling the performance of nanocatalysts by using a unique knob based on dynamic process recipes.

“This outstanding study on thermochemical pretreatment of catalyst for carbon nanotube growth provides valuable insight into some of the fundamental questions in the field and would benefit researchers working on process design and catalyst engineering for chemical vapor deposition of long carbon nanotube arrays,” said Placidus Amama, associate professor and Tim Taylor chair in chemical engineering at Kansas State University, who was not involved in this study.

While the next steps for this work will leverage rapid thermochemical pretreatment for efficient manufacturing of tailored carbon nanotubes, the insights can also be extended to other oxide-supported catalyst systems utilized in other chemical conversion processes in industry.

Finding the Fountain of Youth for Catalysts