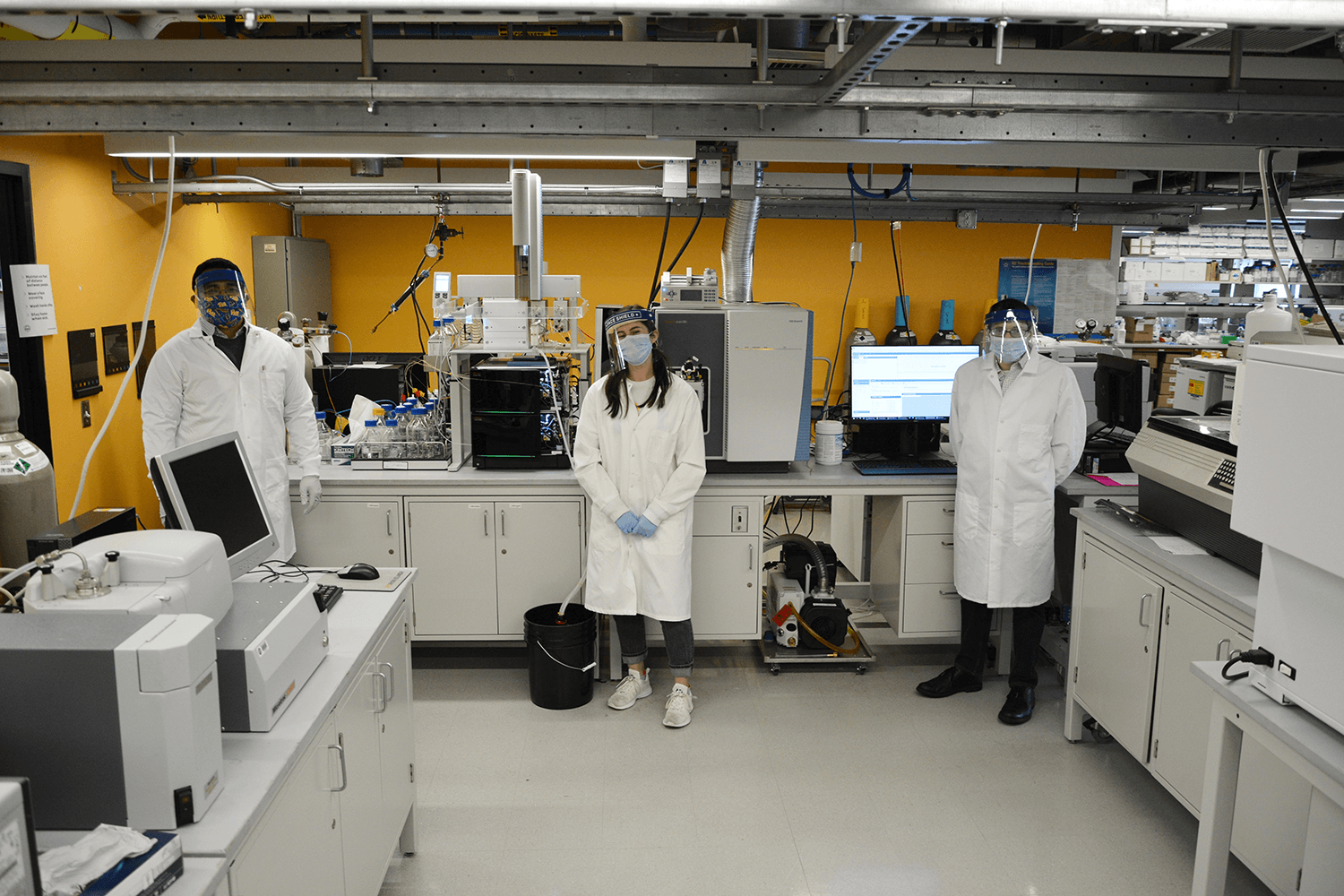 As undergraduates Heather Phillips and Amy Blanchard explained the basics of solid phase extraction and microbial fuel cells via Zoom from a lab at the University of Pittsburgh, Los Angeles high school senior Serenity Anderson left a quick but striking comment in the chat: “Really cool seeing girls in the lab :)”

Anderson was part of the class of seniors from the Girls Academic Leadership Academy (GALA), a public STEM high school in Los Angeles, who arrived virtually at Pitt’s Swanson School of Engineering on April 22, 2021 to learn how data is used in engineering to support sustainability. Hosted by Mascaro Center for Sustainable Innovation (MCSI) assistant director David Sanchez, the students learned about testing water for pollution, experimented with their own water testing strips, and got a detailed tour of Sanchez’s Sustainable Design Labs.

“When students visit our lab it’s so important to create opportunities for students to connect personally with the researchers as well as intellectually with the research. The pandemic has pushed us to think differently about who we can connect with and how we can be present to them, and this virtual field trip is a great example of that,” said Sanchez, who is also assistant professor of civil and environmental engineering. “I’m fortunate to be surrounded by great students and creative educators, like Jon and his team, who are eager to introduce more young people to sustainability research and get them excited about it.”

The virtual field trip was organized by the University of California Los Angeles (UCLA) Science Project, which seeks to engage all students in meaningful science instruction, especially those within the Los Angeles Unified School District. The Science Project’s director, Jon Kovach, has worked with Sanchez and MCSI for the past three years on enhancing Pitt’s summer “Teach the Teacher” program utilizing the Next Generation Science Standards.

“An important element of our partnership with UCLA is its connection to a girls’ STEM program. Something I definitely missed in my high school education was representation of women in STEM careers, so it was a great opportunity to provide that to young women,” said Blanchard, who just completed her sophomore year in civil and environmental engineering at Pitt. “It emphasized to me just how essential it is for under-represented groups, especially women and girls, to see themselves reflected in scientific research.”

The day began with a photo of a large, freshly caught fish and a question: Would the students consider eating it? Upon revealing that the fish was caught in the Los Angeles River, almost all of the students responded that they would not. At home, the students got to use water test strips and compare results to learn about the concentration of pollutants in the water.

“Working with the students showed to me just how important basic engineering skills are, like analyzing data and making conclusions from that data. We looked at test strips from the LA River in their area, and they were able to make judgments about pollution and whether it would be safe to fish in the river,” said Blanchard. “I was really impressed with the students’ ability to jump from the building blocks of data analysis to drawing complex conclusions!”

After interacting in break-out groups, the students virtually toured the lab and experienced the day-to-day realities of research. The researchers in the Sanchez lab, which focuses on sustainability and water resources, explained how their work is used to monitor water quality, pollution levels in fisheries, and more.

“I thought the lab tour was super cool and helped me have a better idea of what roles a researcher has to fulfill,” said GALA senior Tora Hoar Vea.

“I liked seeing the projects undergraduate students were working on, learning about the problems they encountered and how they solved them,” added GALA senior Naomi Macey.

“While there were a few girls who expressed appreciation for seeing Amy and me in the lab, sharing that they were happy to see women in STEM, they didn't seem to be deterred by the idea that the field is still so male-dominated,” remarked Phillips, who is earning her bachelor's degree in nanotechnology through the Engineering Science program at Pitt. “The girls in my group wanted to pursue futures in veterinary science, neuroscience, architecture, and engineering, and it was exciting to see young women choosing to pursue their interests and passions for a variety of STEM disciplines.”