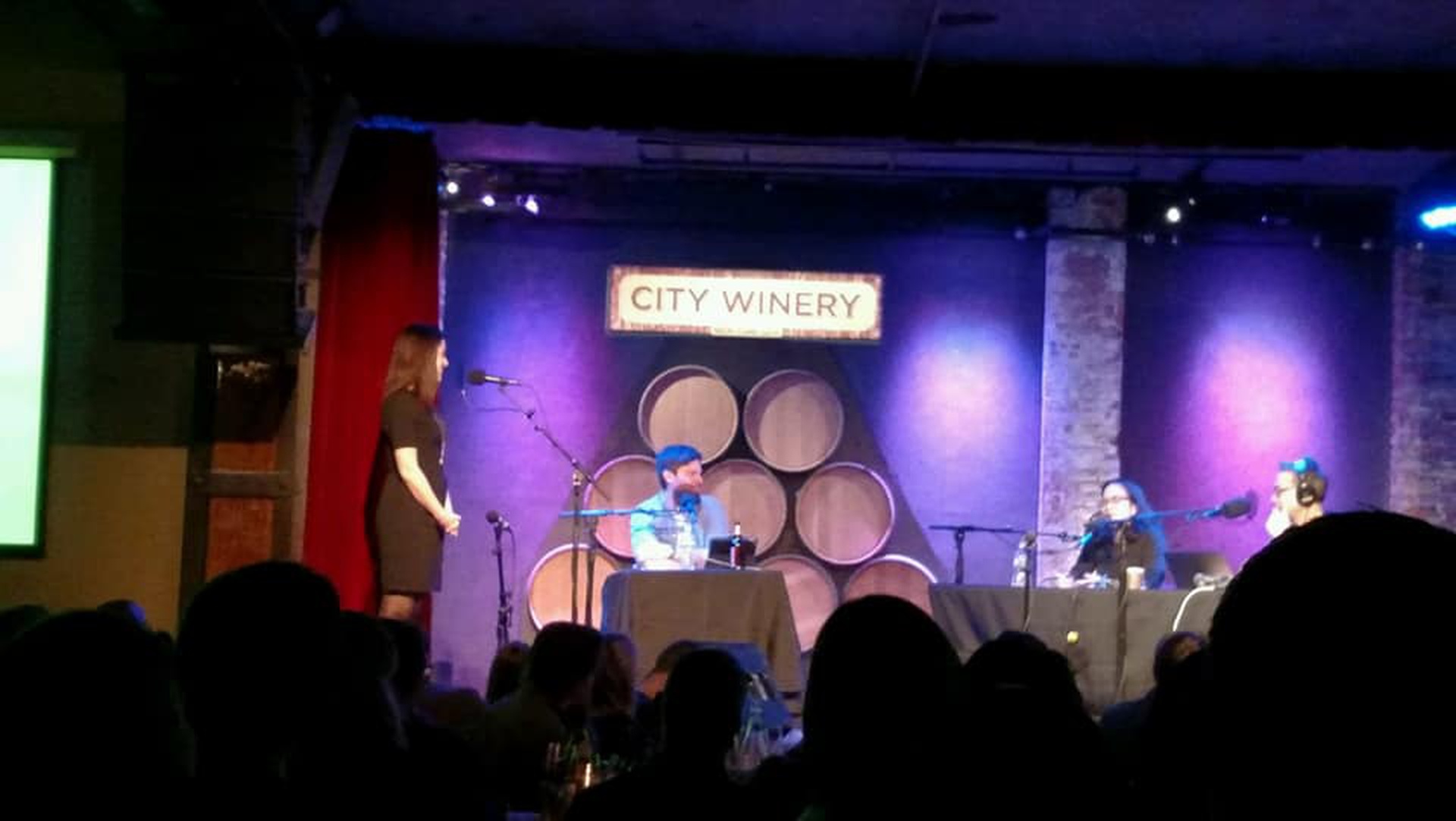 Hornbostel on stage during her interview.

Katherine Hornbostel, mechanical engineering assistant professor, was invited to be a guest on the popular podcast, Freakonomics Radio Live.  The offer came after a producer of the show came across an article published on the SSOE website last December.  The article described Hornbostel’s postdoctoral work at Lawrence Livermore National Laboratory (LLNL) and her continued efforts at Pitt to find a safe, cheap and efficient method of carbon-capture.

Hornbostel flew to New York City to be on the live show which was held at City Winery on March 9.  She was one of six guests on the episode called on stage to give a 15-minute interview with show creator Stephen Dubner and co-host Angela Duckworth (author of Grit, a NYT best seller). The show was recorded in front of a live audience of approximately 200 people.

During her interview, which begins at 42:10, Hornbostel discusses using tiny capsules to capture carbon dioxide from the exhaust of a power plant. Hornbostel describes the method invented and studied by her team at LLNL: “…this particular combination — water and sodium carbonate — if you dissolve it in water, can react with carbon dioxide and extract it from a gas stream coming off a coal plant. And the really interesting thing that I’ve studied is that if you put these chemicals into little capsules that look like caviar, you can actually pack them into a reactor, attach it to a power plant, and selectively take out the carbon dioxide that’s being released from the exhaust.” Hornbostel and Dubner joked that the technology should be re-branded as “carbon capture caviar.”

Hornbostel’s team at LLNL is currently working with small-scale partners, such as a biogas company and a microbrewery, to pilot this technology. Hornbostel’s group at Pitt is also researching how to use this “carbon capture caviar” to extract CO2 from the ocean to reverse acidification.