From Schenley Place to Outer Space 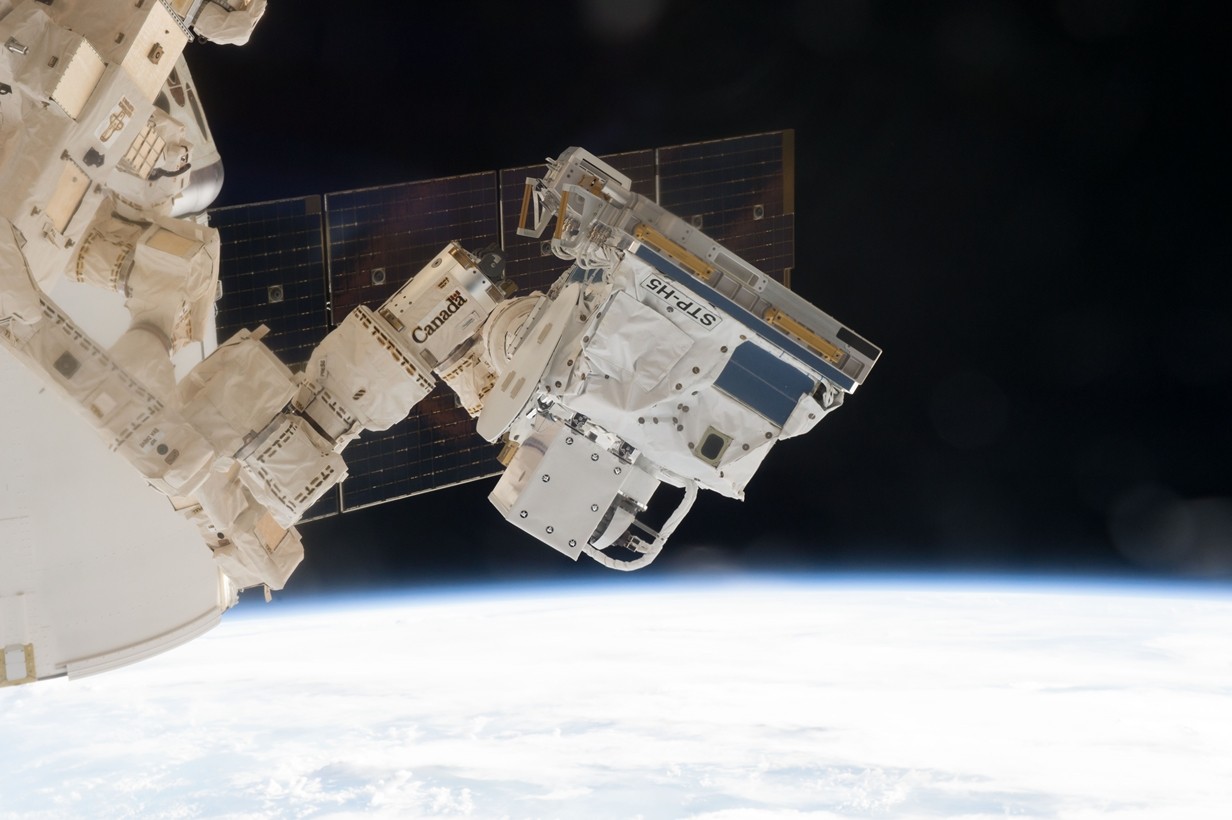 Reposted with permission of Pittwire.

Space is not a welcoming environment for computers. Cosmic radiation, solar winds and the vacuum of space itself all threaten the reliability of space computers and can even kill their processes entirely.

Yet computing is deeply intertwined with space technology. Vast distances, perpetual orbits and conditions unsuitable for humans all suggest the future of space technology lies in computing. The question that remains is how to make a better space computer.

In January 2017, the National Science Foundation Center for High-Performance Reconfigurable Computing — CHREC, pronounced “shreck” — and its founder Alan George found a new home at the University of Pittsburgh. The lab researches reconfigurable, high-performance space computing. Picture these processors like Legos — super durable and able to break apart and reassemble into many different shapes. The lab's aim is to develop advanced computers that can remain reliable even amidst a harsh, extraterrestrial environment.

“Computers are the future astronauts and at the heart and soul of anything you do in space,” said George, who also became the Mickle Chair Professor of Electrical and Computer Engineering when he came to Pitt. “At CHREC, we develop and test ways to increase performance, reduce power consumption and meet the demands of space computing.”

Operational since 2007, CHREC comprises more than 30 industrial, governmental and academic partners, including Lockheed Martin SSC, BAE Systems and Harris Corporation; the Air Force Research Laboratory, the Office of Naval Research and NASA; and a four-university collaboration of Brigham Young University, Virginia Tech and the University of Florida — with Pitt serving as the lead institution. George said he hopes CHREC can partner with more local and national organizations as well.

“We realize that we need a broad group of people to succeed,” he said. “We can really take the initiative in a place like Pittsburgh and stick our neck out to help the community, particularly those interested in new, esoteric space technology.”

This past March, the U.S. Department of Defense deployed a payload to the International Space Station with two experimental CHREC space processors and a high-resolution camera. The CHREC processors are the basis for a variety of studies in resilient, reconfigurable computing in orbit. They are remotely operated from the new facility at Pitt located in Schenley Place, an office building less than a half of a mile from the Cathedral of Learning.

Christopher Wilson, a PhD student and visiting scholar in the CHREC lab, operates the ground station controlling the processors from Schenley Place when the space station schedule permits. He and the other members of his team are reconfiguring the computers, which means they are using a technology called switching fabric to actually restructure the computer’s hardware.

Wilson specializes in space systems research and balances his own dissertation research with his responsibilities as a CHREC group leader. Organizing his schedule based on NASA’s timetable can be demanding, he said, but the opportunity is well worth the hassle.

“Our research at CHREC never needs to be some intangible, theoretical project that will never have any practical use because we have the opportunities to put our research to use in space,” said Wilson. “I can wake up in the morning and send commands to space computers on the International Space Station that we developed in our lab.”

Wilson is one of four doctoral students who came to Pitt to finish their studies under George. They will graduate with degrees from the University of Florida, CHREC’s first home. Ten other graduate students came as well, and they will graduate with degrees from the University of Pittsburgh. One of these students, Bradley Shea, is pursuing his master's degree in electrical and computer engineering and is the hardware lead at CHREC. Shea works on high-speed, printed-circuit-board design for space flight, particularly for missions involving a small box-shaped satellite called CubeSat. Universities, companies and governments use the standardized CubeSat design to explore new applications for space technology.

“Our lab is defining the future of scientific and payload processing for CubeSat missions with lower cost and power,” Shea said. “With our scalable designs, we can potentially save millions of dollars by doing real science processing with a small CubeSat rather than with a much larger satellite payload.”

CHREC’s move to Pitt also has introduced space computing to undergraduate students curious about applying their education to topics in space. The inaugural class of the Summer Space Group launched on May 12, 2017. The group includes 17 students majoring in a variety of engineering fields as well as computer science, physics and economics.

“Space technology applies to most of the engineering disciplines, so we are looking to be accessible to anyone interested in learning more about the field, from our own undergraduate students to the broader Pittsburgh community,” said George.

The Summer Space Group will spend all summer working with Pitt faculty and CHREC graduate student mentors to explore topics in space technology firsthand. Their work will have a significant impact on the next International Space Station processor project, called STP-H6, which CHREC will deliver to the station in 2018. The Spacecraft Supercomputing for Image and Video Processing mission on STP-H6 will increase the number of space computer processors commanded from Pitt on the space station from two to eight and explore more advanced processes in the hybrid computing system.

From Schenley Place to Outer Space