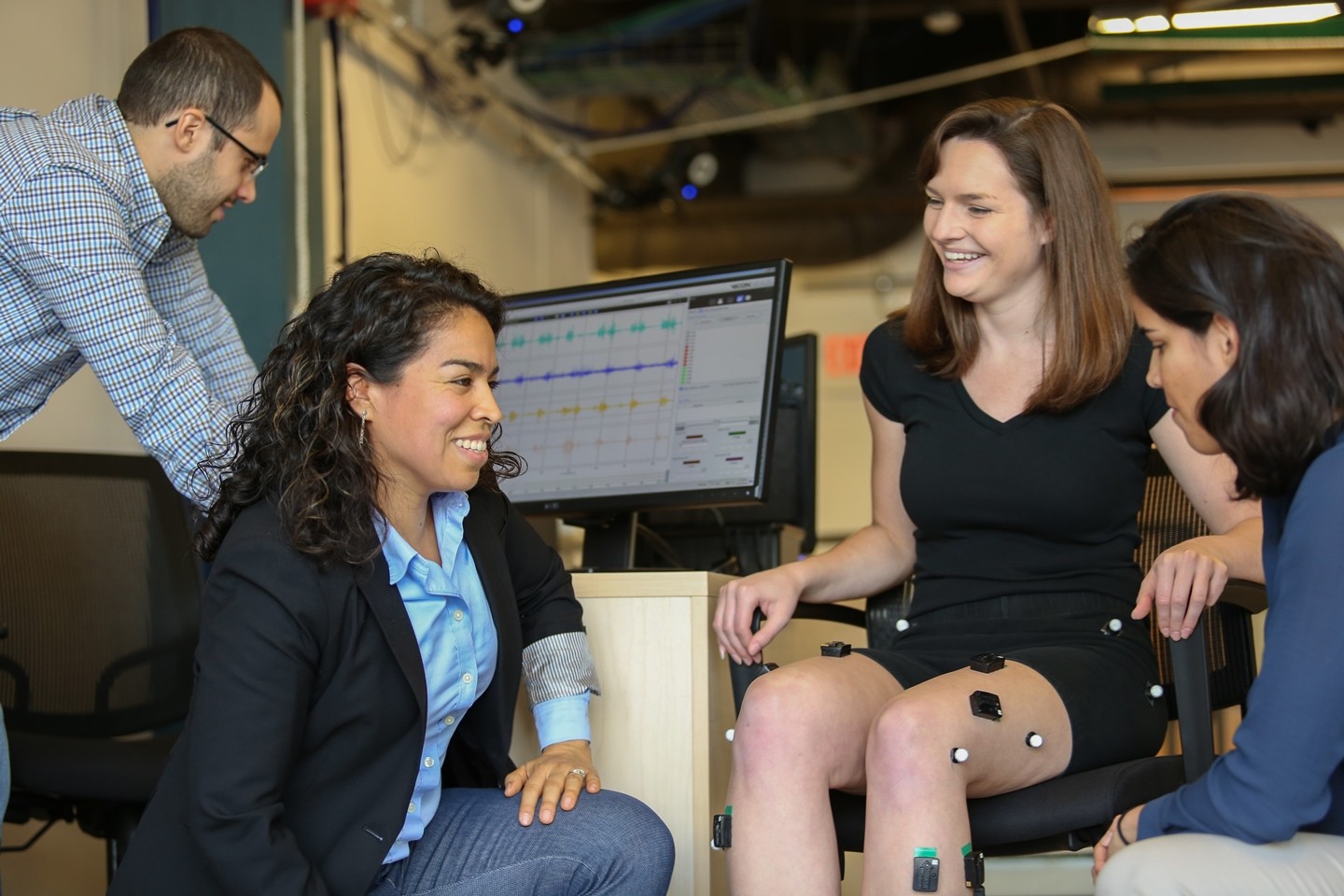 Pablo Iturralde and Dr. Gelsy Torres-Oviedo recording a participant for their study.

PITTSBURGH (November 14, 2018) … Gelsy Torres-Oviedo, assistant professor of bioengineering at the University of Pittsburgh, presented a plenary lecture at the 2018 Advances in Motor Learning and Motor Control symposium. The annual meeting provides a forum for presenting research advancements in the areas of human motor behavior, imaging, motor neurophysiology, and computational modeling.

Torres-Oviedo runs the Sensorimotor Learning Laboratory in the Swanson School of Engineering where she investigates the ability of the human motor system to adapt walking patterns and learn new movements upon sustained changes in the environment.

Torres-Oviedo’s plenary talk for the MLMC symposium was titled “Sensorimotor adaptation through the lens of feedback-generated muscle activity.” The research investigates how muscle activity is rapidly modified in response to external perturbations, and it is the thesis work of Pablo Iturralde, a bioengineering PhD candidate in the Sensorimotor Learning Laboratory.

“Consider, for example, the muscle responses of a person who suddenly stepped on an icy patch without noticing,” said Torres-Oviedo. “We study these reactions in our laboratory by recording and analyzing muscle activity to unexpected transitions in foot speed.”

The group’s work showed that walking on the altered environment for a long time (i.e., taking ~900 steps on the patch of ice) modifies the calibration of one’s motor system.

“As a result of this adaptation, individuals adopt the perturbed situation as their new normal and transitioning back to the previous environment causes subjects to react as if it was novel to them,” explained Torres-Oviedo. “From an engineering perspective, we can model this motor behavior as a dynamical system (i.e., a history-dependent system) in which the parameters are recalibrated through the process of sensorimotor adaptation.”

During their research, the group also discovered that age may play a role in this adaptation.

Iturralde explained, “Interestingly, we found that this adaptation effect is reduced with healthy aging, suggesting that the greater incidence of falls in older individuals might be due to their inability to adjust motor patterns upon environmental transitions.”

Torres-Oviedo was one of three plenary lectures during the MLMC symposium, which was held on November 2, 2018 as a satellite event for the Society for Neuroscience meeting in San Diego, CA.