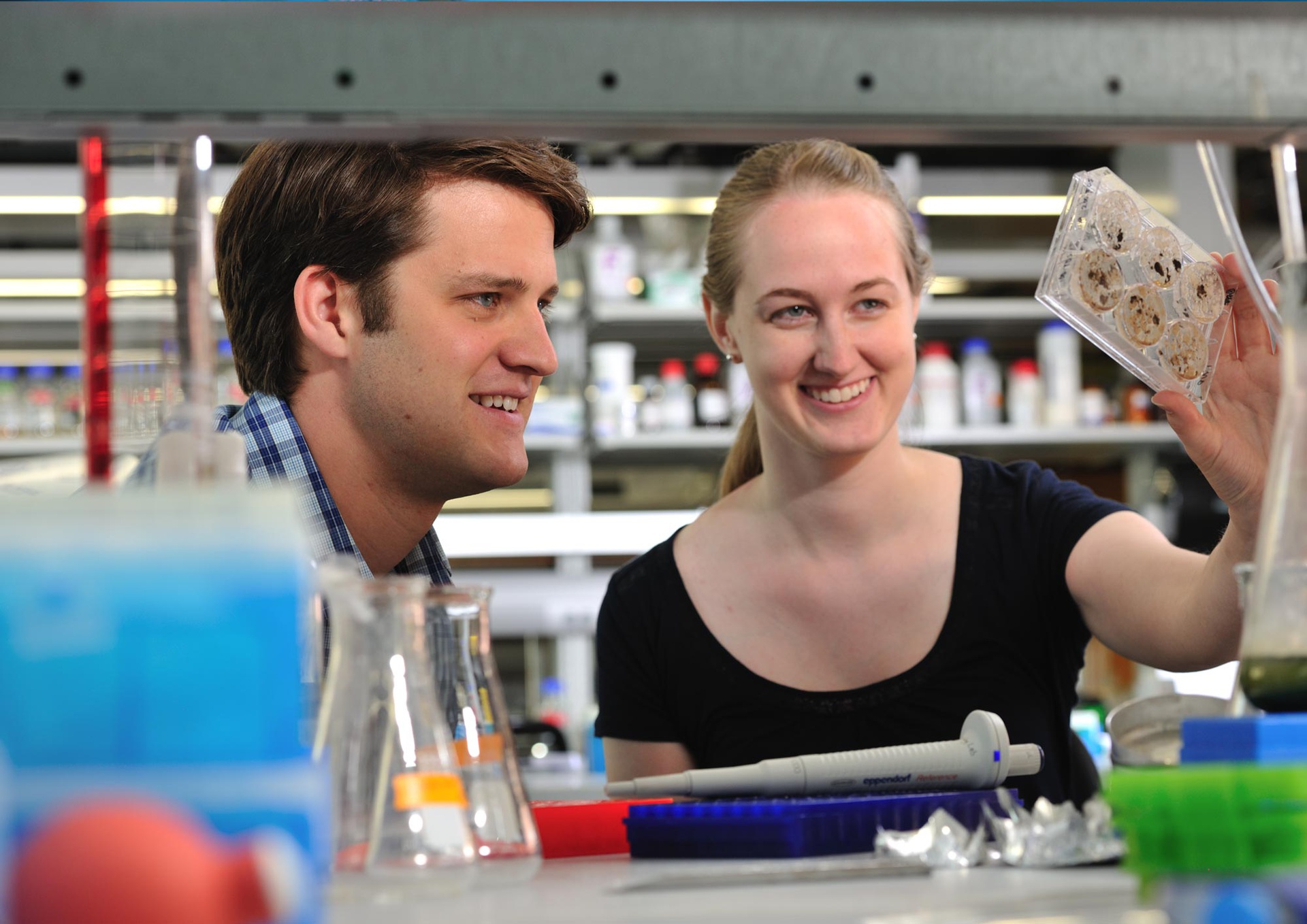 PITTSBURGH (November 29, 2016) … Believed by some to be the most abundant known virus in the human digestive system, cross-assembly phage (shortened to crAssphage) remained undetected until researchers sorting through hundreds of thousands of lines of DNA accidentally stumbled upon its circular viral genome of about 97,000 base pairs. A study published in the journal Nature Communications officially introduced crAssphage to the world in the summer of 2014.

Despite the bad rap of most headline-making viruses, crAssphage can’t make you sick. It’s a bacteriophage, which means it infects bacteria, and it may actually help to keep you healthy by feeding on potentially harmful gut bacteria. Because it resides exclusively in the human digestive tract, crAssphage may also serve as an accurate indicator of viral contamination in food and water. Thanks to a recent award by the Center for Produce Safety (CPS), a researcher at the University of Pittsburgh’s Swanson School of Engineering will investigate whether crAssphage can indicate contamination in water used for irrigating crops.

“Viruses, not bacteria, pose the greatest risk to people exposed to contaminated water; however, water quality is currently monitored using bacterial indicators,” said Kyle Bibby, assistant professor of civil and environmental engineering at Pitt and principal investigator. “Bacteria are actually poor representatives of viruses in water samples. Ideally, we would use viruses, but many viral indicators are limited because they can be difficult to detect in the environment. The abundancy of crAssphage in sewage makes it a promising candidate for finding pathogens.”

Dr. Bibby began studying crAssphage after receiving a National Science Foundation grant designed to use the bacteriophage to track the source of pollution in waterways. The ongoing study is an attempt to achieve the ultimate goal of the Clean Water Act, which seeks to eliminate environmental pollution until all of the United States waterways are “fishable and swimmable.”

Waterways contaminated with human fecal matter are particularly threatening to human health because they are more likely to contain pathogens such as Salmonella, Hepatitis A and Norwalk-group viruses. Rather than testing for each pathogen individually, a technique called “microbial source tracking” can determine if a water sample is contaminated by using an indicator microorganism likely to inhabit the same environmental conditions as the pathogens. Because crAssphage’s abundance in human feces, its presence in a water sample is likely to serve as a good indicator of fecal contamination and associated pathogens.

Finding an accurate and abundant indicator of contamination in water used to irrigate crops could have an enormous impact on the fresh produce industry. But first, Dr. Bibby and his team will need to prove crAssphage to be a reliable indicator for contamination. The study, “Developing Cross-Assembly Phage as a Viral Indicator for Irrigation Waters,” will sample irrigation water and measure crAssphage, viruses and other indicators that establish a correlation between crAssphage and pathogens.

“We will need to take enough water samples to determine if crAssphage appears in irrigation water,” Dr. Bibby explained. “The next step would be taking a retrospective look at contamination outbreaks and finding a correlation between crAssphage’s presence and the spread of disease. Having an effective viral marker for detecting pollution would greatly increase public safety and produce quality.”