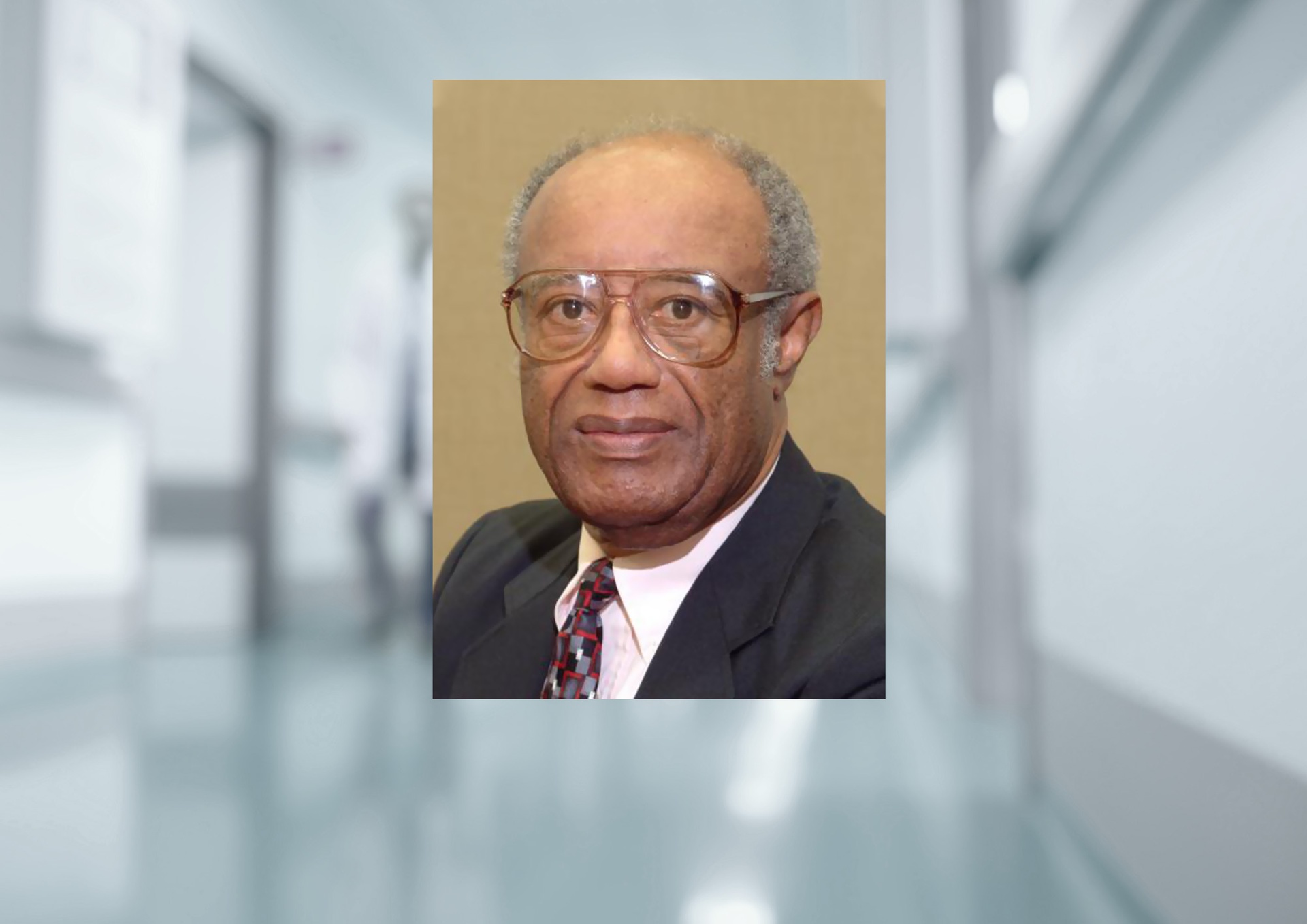 Professor Emeritus Karl H. Lewis, a doctor of philosophy in Civil Engineering who played a pivotal role in changing the cultural diversity of engineers produced at the University of Pittsburgh, died on March 5, 2019 in Pittsburgh, PA. He was 83.

Born on January 15, 1936 in St. Lawrence, Barbados to Everett and Ione Lewis, Karl was known as “Kirby” by his secondary school classmates in Barbados because he was great at most things he put his mind and hands to do, similar to Rick Kirby who was a superman comic in England. Before coming to United States from Barbados, he was a Victor ludorum (Latin for “the winner of games.”) as well as captain of the Cricket and football teams. Arriving in America, Karl lived in New York City with his aunt. He went to Howard University where he majored in Civil Engineering. Subsequently, in 1966, he received his PhD in Civil Engineering with specialization in Geotechnical from Purdue University and then accepted a tenured track professorship at the University of Pittsburgh.

A faculty member for less than 5 years, Lewis founded the Pitt Engineering IMPACT Program in 1969 to recruit, retain and successfully graduate black and other underrepresented engineers. He officially retired in 1999, but remained very active at the University of Pittsburgh until recently.

“In the 173-year history of engineering at the University of Pittsburgh, few professors have had such a tremendous impact on the careers and lives of engineers around the globe, as did Dr. Karl Lewis. His legacy of engineering education and his contributions to the profession are respected by generations of engineers who, to a person, note his passion, mentorship, and encouragement," said, James R. Martin II, U.S. Steel Dean of the Swanson School of Engineering.

"For so many Pitt alumni, Dr. Lewis was and always will be the face and spirit of engineering. His focus on mutual support – which purposefully taught students to learn from each other, and not simply from a textbook – imbued a sense of humanity within our profession, one that we must revisit as we educate the next generation of engineers.

"I personally feel a direct connection to the pioneering efforts of Dr. Lewis, who by virtue of tireless efforts created a safe, fertile space in which a diverse community could take root, grow and begin to flourish. He built a bridge to a better future. It is our mission to do the same.

"May we all be better engineers – and better people – for the wealth of life that Dr. Lewis shared with us.”

Dr. Lewis’ work centered largely on ensuring all students were afforded the right to be the best in their profession. From IMPACT students to students in Civil Engineering, he helped everyone the same regardless of race, religion or national origin. As an immigrant in America, he understood the struggles of equal access so he wanted to ensure everyone received the same level of support with the same level of dignity.

Although he officially retired almost 20 years ago, Dr. Lewis maintained a relationship with his former colleagues, students and Swanson School of Engineering alumni. His generosity was far reaching.

IMPACT became a big success story for the University. As early as 1975, IMPACT had been recognized by agencies such as the American Association for the Advancement of Science as one of the outstanding science-engineering projects of its type. IMPACT was one of the first two recipients of the Chancellor’s Award for Achievement in Affirmative Action. It has also received excellent ratings from the PA Department of Education. A 2001 study conducted by the Engineering Workforce Commission of the American Association of Engineering Societies, Inc. (AAES) showed the University’s commitment to recruiting women and minorities was successful. Pitt’s Engineering program was ranked first in the State in total number of Black engineering graduates.

In 2004, an IMPACT alumnus established an endowment in Dr. Lewis’s honor at the University of Pittsburgh, named the Dr. Karl H. Lewis Engineering IMPACT Alumni Endowed Fund. Following the momentum of the endowment, Dr. Lewis was nominated by a couple of his former IMPACT students and received a Golden Torch Lifetime Achievement in Academia Award in 2006 from the National Society of Black Engineers in recognition of his work to increase the number of minority students in engineering. In addition, he was entered into the Swanson School of Engineering’s Hall of Fame the same year.

Dr. Lewis often said, “I didn’t want recognition. I just wanted to change the system. Some people came back and thanked me, but that wasn’t my point. I had people that helped me change the narrative. People like to help people that help people. Since IMPACT was successful, we had a lot of support. Mr. K. Leroy Irvis became a very close friend of mine and one of my biggest supporters.”

Karl Lewis’ biggest achievement was his loving family. He often shared stories of his son Kirby excelling in engineering and law at the greatest institutions in the world. His yearly visits, driving from Pittsburgh to Boston with a pit stop in New York, to see his beautiful granddaughters was the center of his pride and joy. Everyone knew Karl as a private man, but if you ever had the chance to hear him speak of his family you would have witnessed how his face always lit up when he shared stories about them and their accomplishments. He wanted most for his family to be secure. His past-time was day trading. Karl said he did this because an engineering salary wasn’t enough to retire on, so he wanted to ensure that his family had financial security. Many of his students had conversations with Karl once they started their career and he would emphatically share the importance of saving and investing in the early years of their career. He shared his discipline of reading the Wall Street Journal daily and watching the markets. Karl emphasized building financial wealth to leave a legacy for your family. Anyone that knew Karl understood his love for his family and ensuring they were better off than he was growing up.

Karl’s grandmother sent him to New York to live with his aunt so he could have a better life than what he could achieve in Barbados. That never stopped him from loving his country. He often commented how beautiful his country was and enjoyed visiting there with his family.

A memorial service is planned for Friday, June 21, 2019, at 7:30 PM at the Heinz Chapel at the University of Pittsburgh.