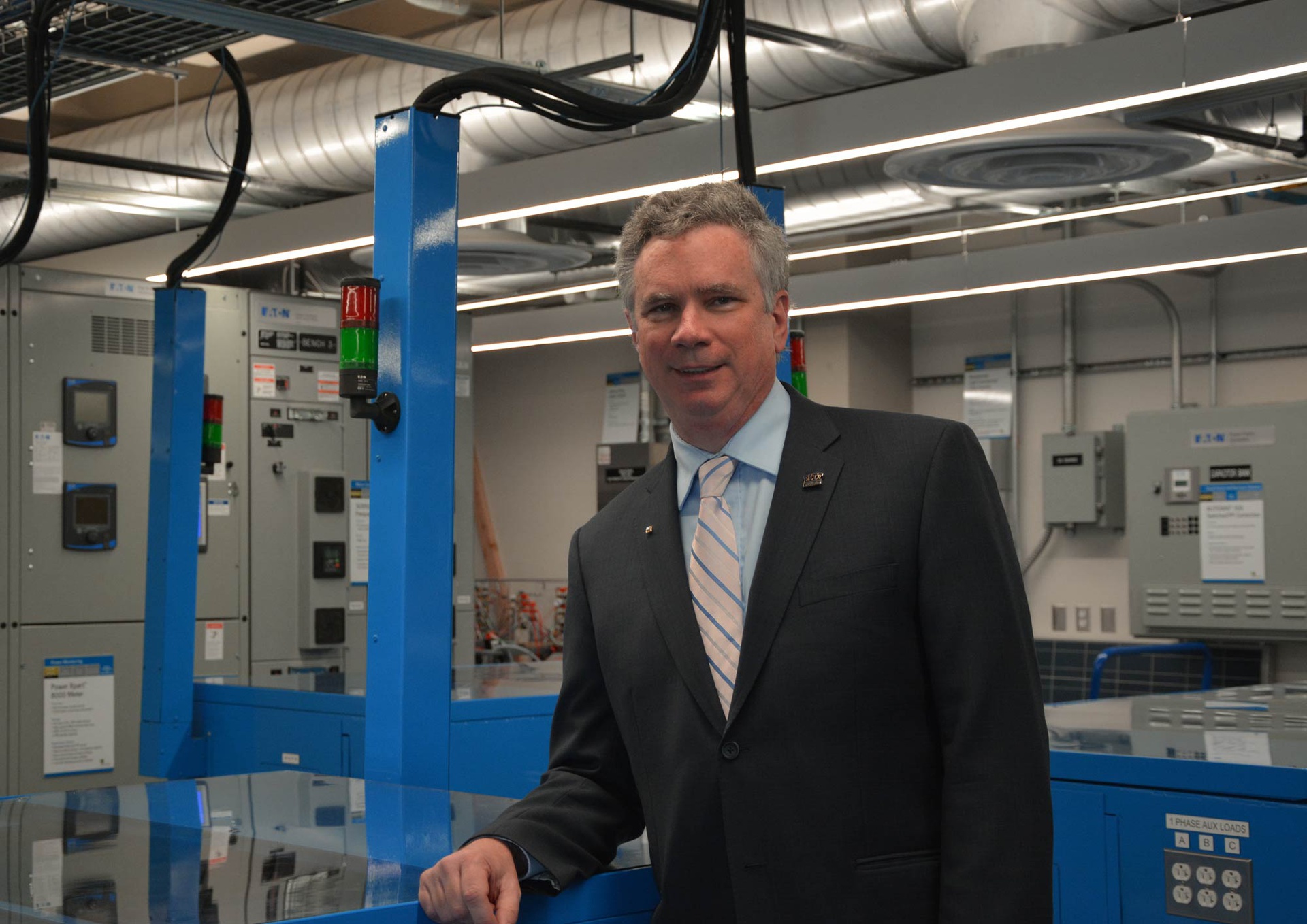 PITTSBURGH (February 2, 2016) ... Nationwide, solar panels are contributing more and more power to the electrical grid. This can present a problem, putting the grid at risk when too much power enters the system, potentially overloading it or causing abnormal voltages. Electric utilities need better tools to monitor the impact of solar power—which is governed by many variables including cloud cover, wind speed, temperature, and a large number of small producers contributing to the system.

Tom McDermott, assistant professor of electrical and computer engineering within the University of Pittsburgh’s Swanson School of Engineering, is part of a multi-pronged, federally-funded $4 million effort to more quickly and accurately model the impact of solar on the grid.

“We’re working on what’s really a big data application,” McDermott says of Pitt’s contribution to the project. “We want to simulate a whole year [on the grid] using random variables. We want to make the simulations run faster and remain accurate.”

Speed and accuracy are vital benchmarks. When a solar generator applies to connect to the grid, the utility typically has to respond within 30 days, and it’s important to understand the potential impact of a new contributor to the system. And if peak voltage simulations are off by about 1 percent, McDermott says, there can be very negative impacts on the system, degrading the utilities’ reliability and causing significant damage to equipment.

“We hope that by the end of the grant we will have created a tool that can be deployed in the commercial software space,” McDermott says. “It will allow utilities to simulate, plan, and design for these changes in the grid.”
Other partners in the three-year grant are the Sandia National Laboratories (SNL); the National Renewable Energy Laboratory (NREL); the Georgia Institute of Technology (Georgia Tech); the Electric Power Research Institute (EPRI); and CYME, a power software engineering company.