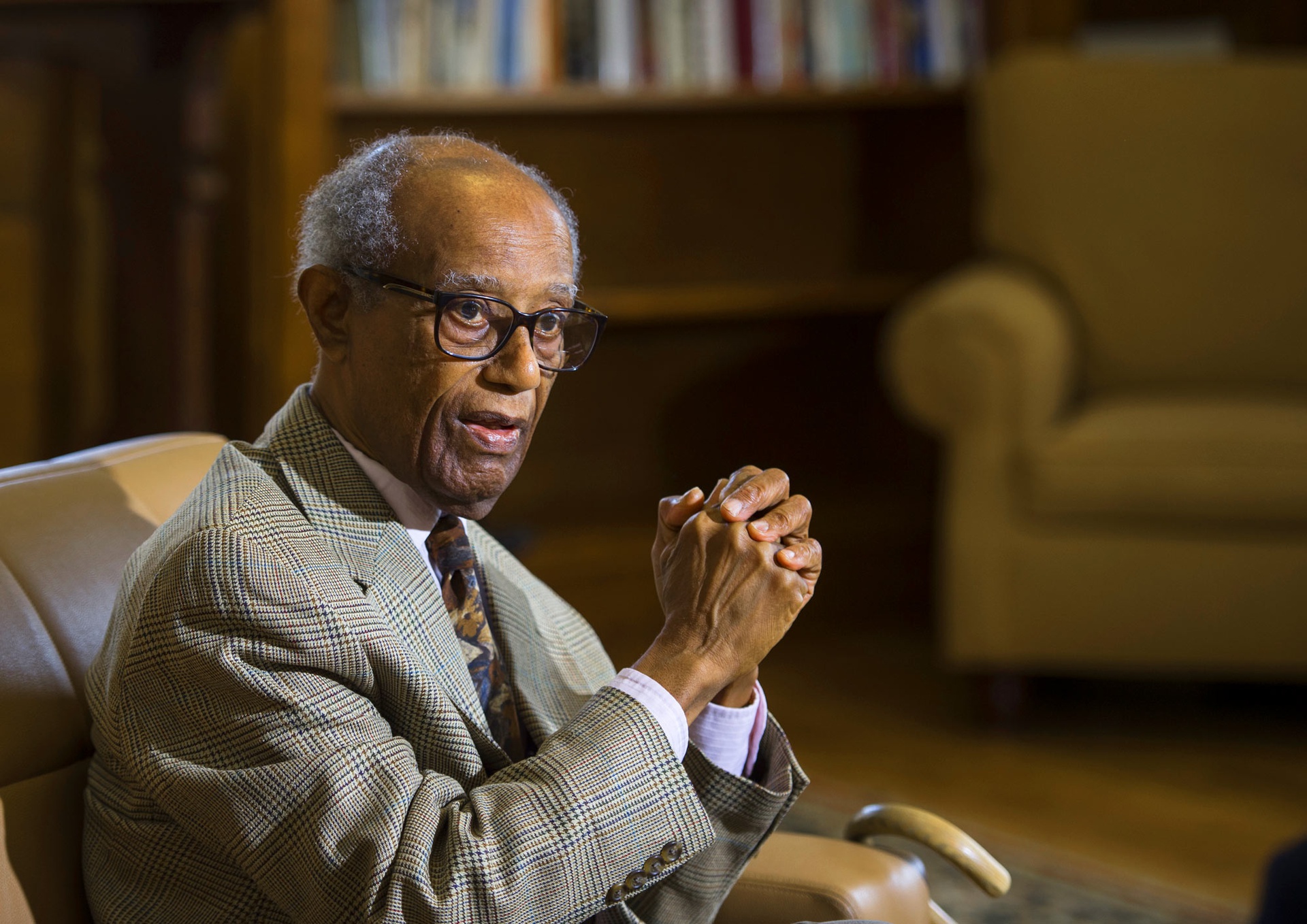 The sophomore engineering student was exhausted and overwhelmed. At 3 that morning, when she finally left Benedum Hall after a long study session, her brain felt scrambled and her emotions seemed out of control. She always knew that earning a degree in mechanical engineering would be hard, but now she worried she was incapable of keeping up with the rigorous workload.

In tears, she called her parents in eastern Pennsylvania. Just come home, her father said. The idea was tempting, but she had worked so hard to get to Pitt. She was the first in her family to attend college; could she really give up?

So, SaLisa Berrien went to someone she knew would help. In the office of Associate Professor of Engineering Karl Lewis, the young woman poured out her heart. Lewis listened, then he gave Berrien a talk that she says transformed her outlook.

“He said, ‘what you want is achievable,’” she recalls. “He talked me through what I needed to do and told me that everyone goes through these pressures, but that it is how you deal with them that matters most. It seemed like he believed in me more than I believed in myself.”