PITTSBURGH (October 30, 2018) … The silk fibers produced by Bombyx mori, the domestic silkworm, has been prized for millennia as a strong yet lightweight and luxurious material. Although synthetic polymers like nylon and polyester are less costly, they do not compare to silk’s natural qualities and mechanical properties. And according to research from the University of Pittsburgh’s Swanson School of Engineering, silk combined with carbon nanotubes may lead to a new generation of biomedical devices and so-called transient, biodegradable electronics.

“Silk is a very interesting material. It is made of natural fibers that humans have been using for thousands of years to make high quality textiles, but we as engineers have recently started to appreciate silk’s potential for many emerging applications such as flexible bioelectronics due to its unique biocompatibility, biodegradability and mechanical flexibility,” noted Mostafa Bedewy, assistant professor of industrial engineering at the Swanson School and lead author of the paper. “The issue is that if we want to use silk for such applications, we don’t want it to be in the form of fibers. Rather, we want to regenerate silk proteins, called fibroins, in the form of films that exhibit desired optical, mechanical and chemical properties.”

As explained by the authors in the video below, these regenerated silk fibroins (RSFs) however typically are chemically unstable in water and suffer from inferior mechanical properties, owing to the difficulty in precisely controlling the molecular structure of the fibroin proteins in RSF films.  Bedewy and his NanoProduct Lab group, which also work extensively on carbon nanotubes (CNTs), thought that perhaps the molecular interactions between nanotubes and fibroins could enable “tuning” the structure of RSF proteins.

“One of the interesting aspects of CNTs is that, when they are dispersed in a polymer matrix and exposed to microwave radiation, they locally heat up,” Dr. Bedewy explained. “So we wondered whether we could leverage this unique phenomenon to create desired transformations in the fibroin structure around the CNTs in an “RSF-CNT” composite.”

According to Dr. Bedewy, the microwave irradiation, coupled with a solvent vapor treatment, provided a unique control mechanism for the protein structure and resulted in a flexible and transparent film comparable to synthetic polymers but one that could be both more sustainable and degradable. These RSF-CNT films have potential for use in flexible electronics, biomedical devices and transient electronics such as sensors that would be used for a desired period inside the body ranging from hours to weeks, and then naturally dissolve.

“We are excited about advancing this work further in the future, as we are looking forward to developing the science and technology aspects of these unique functional materials,” Dr. Bedewy said. “ From a scientific perspective, there is still a lot more to understand about the molecular interactions between the functionalization on nanotube surfaces and protein molecules. From an engineering perspective, we want to develop scalable manufacturing processes for taking cocoons of natural silk and transforming them into functional thin films for next generation wearable and implantable electronic devices.”

This work was supported by the Mascaro Center for Sustainable Innovation (MCSI) at the University of Pittsburgh. M.B. is grateful for the Ralph E. Powe Junior Faculty Enhancement Award from Oak Ridge Associated Universities (ORAU). Fabrication and characterization were performed, in part, at the Nanoscale Fabrication and Characterization Facility, a laboratory of the Gertrude E. and John M. Petersen Institute of NanoScience and Engineering, housed at the University of Pittsburgh. The work was also supported in part by the Basic Science Research Program through the National Research Foundation of Korea (NRF) funded by the Ministry of Education (NRF-2018R1A4A1025169). 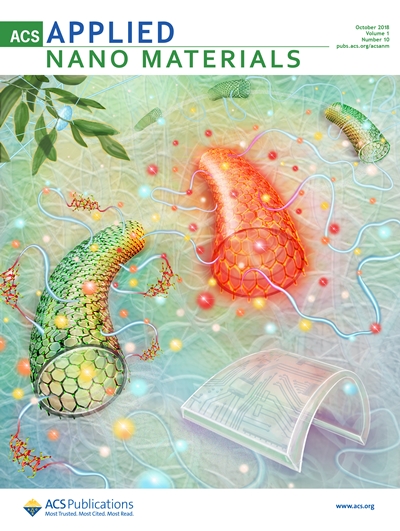 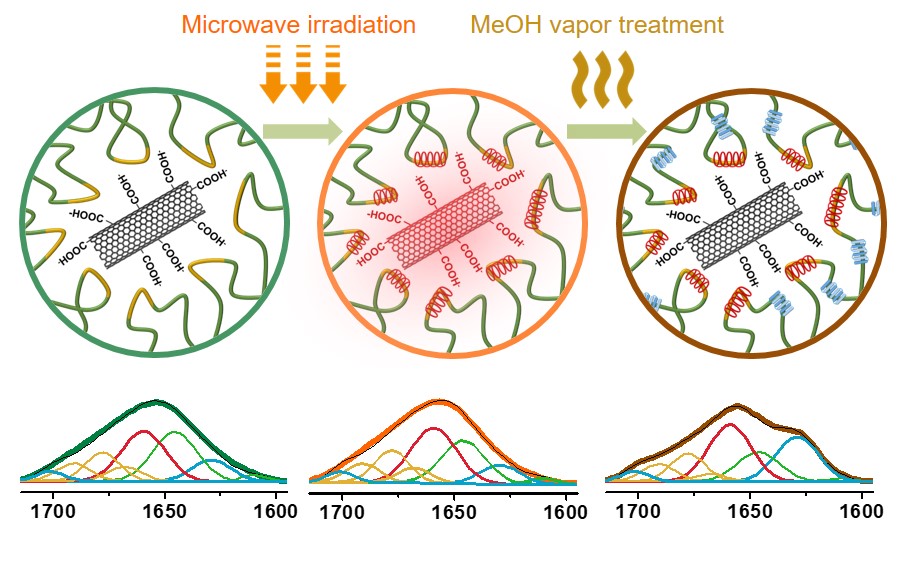