ME Undergraduate Named University’s Co-op Student of the Year 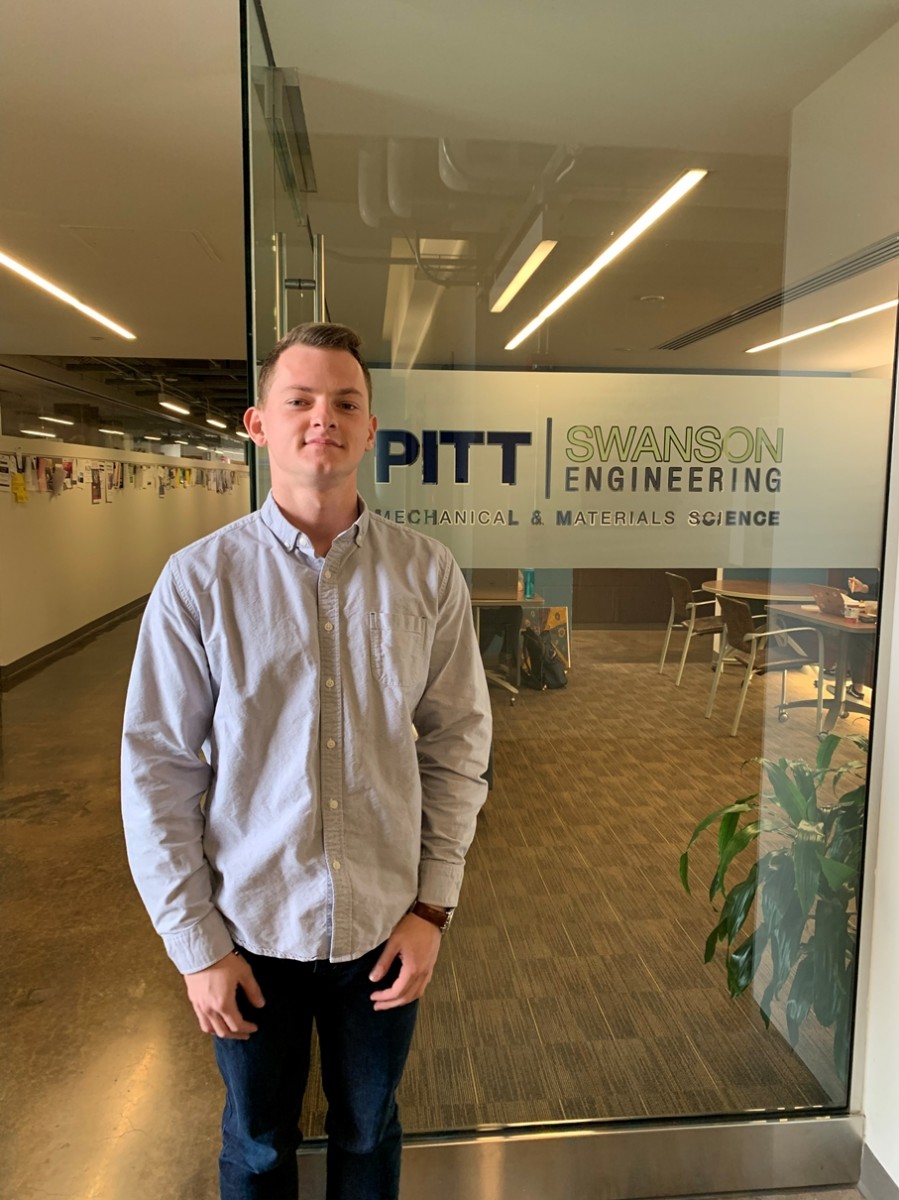 Dimitry Labko, Mechanical Engineering senior, is the recipient of the University of Pittsburgh’s 2020 Co-op Student of the Year Award. This year, a total of eight students were nominated by their academic department or co-op employer. Labko was named the winner based on his “unique accomplishments, strong academics and sense of helping others both in school and at co-op” says Maureen Barcic, director of the Cooperative Education program in the Swanson School of Engineering.

Labko was born in Belarus and moved to Philadelphia with his family when he was three years old. He learned English and Russian at the same time, speaking English in school and Russian at home.  He said being bilingual added a helpful dimension to his school courses such as history and language.  He has also served as a translator, which taught him how to speak professionally with adults at a young age. Labko and his sister are the first generation in their family to attend college.

Labko did his co-op with the Jet Propulsion Laboratory (JPL) in Pasadena, CA. He joined a small team of engineers to support the assembly and testing of the Integrated Reflectarray Assembly (IRA) on the Surface Water Ocean Topography (SWOT) spacecraft. Labko recalls applying what he had learned at Pitt and demonstrating his abilities, which garnered the trust of the other team members. This ultimately afforded him greater responsibility within the team and gave him the opportunity to work as the sole engineer with a team of flight technicians. He says this experience solidified his confidence in his own work so he was able to contribute to the team in a greater way. He notes, “…the senior engineers on my team were calm and collected, focusing on ways to solve problems. This unique experience taught me an incredible amount about staying composed and focusing on taking the next positive step when confronted with a problem.”

Labko’s co-op with JPL also confirmed his desire to pursue a career in the aerospace industry while simultaneously taking classes toward his master’s degree. He spoke with engineers at JPL who were able to balance full time work with classes and he decided this was the best option for gaining real-world experience while still being able to continue his education.

Labko will be honored at the University’s Co-op dinner this December. He is also now qualified to receive the National Co-op Student of the Year award where he will be flown to Orlando, FL in January to receive a plaque and check if selected as the winner.

Mason P. Kline (EE), who spent his co-op at Bombardier, was Co-op Student of the Year Finalist. The Co-op Tenacity Award this year goes to Jordan Ewing (ChemE), who worked with Dupont. Samantha Bunk (ChemE) is the winner of the Co-op Trailblazer Award, after her co-op with EQT.

Additionally, Emerson has been named the 2019 Employer of the Year. Pitt’s co-op partnership with Emerson began in 2006, Emerson has hired a total of 85 co-ops since then.

The winners will be honored at the Co-op Dinner, which will take place on Dec. 6, 2019.

ME Undergraduate Named University’s Co-op Student of the Year