Algorithms led us into echo chambers online. A Pitt engineer shows how they can also help get us out.

Canyons and social media platforms have something in common: Whatever you say will likely be echoed back to you.

The echo chambers of social media allow us to easily connect with people who share our interests and to form communities at a time when socializing in-person is unsafe.

But they’ve also made it easy for people to get entrenched in their own viewpoints and to resist differing opinions.

New research suggests that rewiring algorithms can help us escape the echo chamber and help us make better decisions as a group.

Researchers at the University of London, MIT and the University of Pittsburgh are finding that mediating communication in a social network using rewiring algorithms that guide interactions can influence the accuracy of collective decisions. The conference paper detailing their work recently won the Most Inspiring Paper Award at the ACM Collective Intelligence Conference.

“Our work shows that you can affect the outcome of a group’s decision making by getting people with different opinions to talk to one another,” said Amin Rahimian, assistant professor of industrial engineering at Pitt. “Which rewiring algorithm works best depends very much on the decision-making context and the questions you’re asking.

“This research shows that algorithms matter and have a huge influence on the way people understand and use the information they find through social networks.”

The researchers assembled teams of individuals online and asked them to make predictions about future upcoming events and give a brief rationale for their response. The questions stemmed from a broad range of topics, such as what the cryptocurrency Bitcoin would be worth on a certain future date, or which team would win an upcoming soccer match. 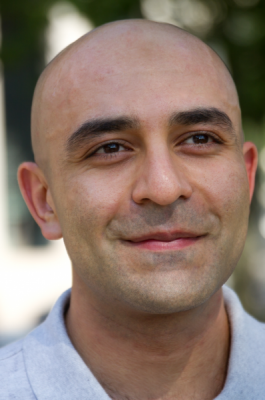 The researchers then used three rewiring algorithms that would guide the groups’ interactions with the other participants, along with a control group that interacted freely within a static, unchanging network.

One algorithm, called the Polarize Algorithm, identified the individuals in the group who had the most extreme predictions and paired them with people with moderate predictions, such as those who perhaps were unsure of their answer. This approach exposed people who may have come to the experience with limited information about the question to hear from people who had strong views on either end of the spectrum.

The second algorithm, called a Scheduling Algorithm, made sure everyone got a chance to directly or indirectly hear from every other person in the group, giving everyone access to the whole body of knowledge the group possessed.

The final rewiring algorithm, called a Mean-Extreme Algorithm, identified outliers--individuals whose beliefs were extraordinarily different from the rest of the group’sand therefore statistically more likely to be incorrect--and connected them to individuals in the group who opposed them, so as to encourage the outliers to adopt more moderate beliefs.

The algorithms were shown to have different effects on the accuracy of the groups’ predictions. For instance, groups rewired by the Polarize Algorithm became more accurate after they were able to interact with one another than when they made their initial predictions, though, in aggregate, they were no more accurate than the control group.

“Our work is the first to show how mediating a conversation algorithmically can have a significant effect on the accuracy of the group’s decision making,” said Rahimian. “To me, it’s inspiring to see that machine intelligence can interface with human networks and influence our collective intelligence.”

Rahimian is conducting this research with PhD student Jason Burton and Professor Ulrike Hahn in the Department of Psychological Sciences at the University of London’s Birkbeck College, who received support from a grant from Nesta’s Center for Collective Intelligence Design, and Abdullah Almaatouq, the Douglas Drane Career Professor in Information Technology at the MIT Sloan School of Management.