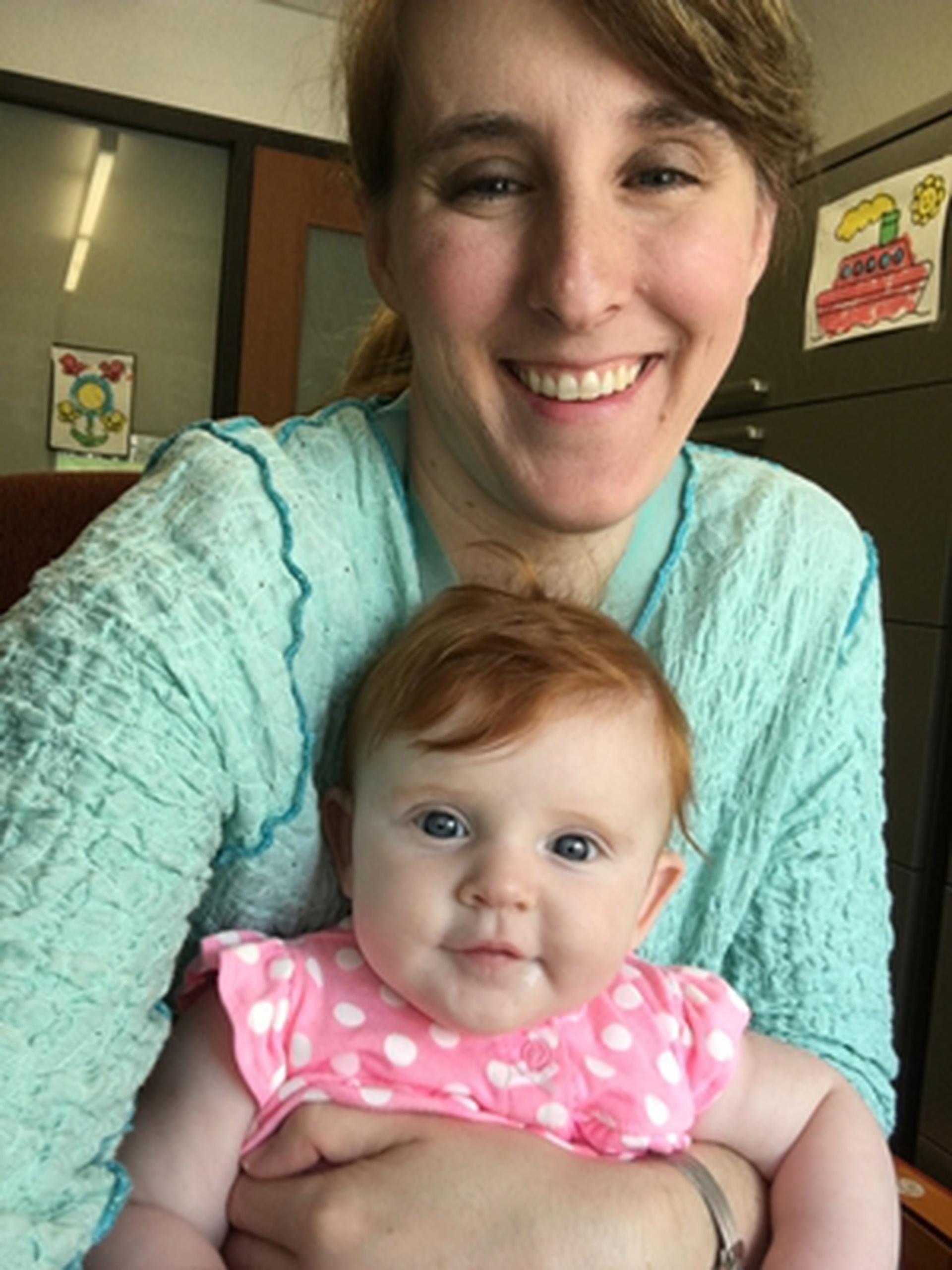 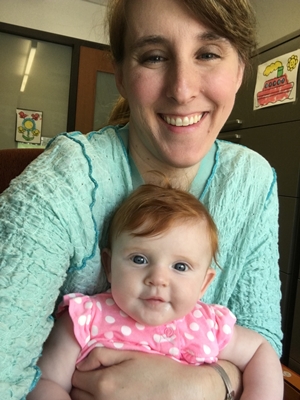 With a philosophical focus on research and recognition, international academic conferences often overlook the needs of participants attending with family, especially those who may have an infant to nurse.

At the American Institute of Chemical Engineers (AIChE) conference in Pittsburgh this October, University of Pittsburgh Assistant Professor Susan Fullerton is drawing upon her experience as a mother at past conferences to make this gathering more accommodating for nursing mothers and families.

Often struggling to find proper nursing stations at conferences when she was a new mom, Dr. Fullerton plans to increase the visibility and quality of such stations at the up-coming conference: “I’m a mother of two, and I’ve attended many conferences while nursing. It’s important to me as General Arrangements Chair to have this accommodation ready and welcoming to new mothers.” Though often not available or haphazardly put together, proper nursing stations are easy to implement. They consist simply of a sizeable yet private room that contains only a few items: a refrigerator, water, and breast milk storage bags.

Dr. Fullerton explains the dilemma facing new mothers who do not have access to appropriate nursing accommodations: “If there is no resource at the venue that is comfortable and reasonably private and has what you need, then you return to your hotel room which could be far away. Then you miss a big portion of the technical conference. It’s a penalty to a lactating mother when it’s actually really straight forward for organizers to provide the resources to allow nursing moms to both attend to their newborns and participate in the conference.”

In addition to providing a proper space, Dr. Fullerton stresses the importance of advertising the availability of a lactation room. “One of my biggest issues when I’ve gone to conferences that do provide nursing stations is an inconvenient location that is difficult to find, and when you do find it there’s a line because it’s the only facility available.” Dr. Fullerton plans to make all attendees aware of these rooms and their accessibility well before the conference begins to encourage new mothers, who may otherwise be deterred, to attend. “We are fortunate to have a fantastic Mother’s room in a central location at the David L. Lawrence Convention Center – the second floor just outside of Hall B. Graciously, the Department of Chemical and Petroleum Engineering at the University of Pittsburgh will sponsor the supplies in the room.”

However, even with a proper, well-advertised room, Dr. Fullerton stresses that the nursing attendees still miss a significant amount of technical content while they are pumping. On average, a nursing mother must pump every two to three hours for about 20 to 30 minutes per session. This averages out to nursing attendees missing about one hour of the conference per day, or a total of five hours per conference. To keep nursing mothers engaged in the conference, Dr. Fullerton would eventually like to provide them with a way to Skype into talks. She points out that this concept is not novel as she equates it to “cry-rooms” in church, which have been around for decades.

In the future, Dr. Fullerton would also like to facilitate onsite childcare. Though it cannot be arranged for the upcoming meeting, Dr. Fullerton understands the struggle to find childcare during a conference: “It’s much easier to choose not to attend and skip the conference for a year or two than it is to identify legitimate, safe, local daycare in a town you’re unfamiliar with.”

Though these childcare accommodations are often provided at conferences, they have never been implemented before at AIChE. When asked why Fullerton said: “I think it’s a pipeline issue. People like myself (new mothers) just haven’t risen in the ranks to make change…yet.”

Fellow faculty member and AIChE board member Karl Johnson commented, “I think it’s just great what she is doing. I was the general arrangements chair a few years ago, and I never even thought of making the changes she is making.” Dr. Fullerton responded, “That makes sense – if you haven’t had this need you might never think of it! I can say that with absolute certainty because prior to having children I would have never thought of this.” A scientist at heart, she explained her lack of data on the matter: “I’ve now been a mother for five years, so prior to that I wasn’t paying attention to these issues. Even now, I really only have five years of data - or rather maternal experience.”

While women remain underrepresented in the science and engineering workforce and STEM careers are still not widely perceived as family-compatible, Dr. Fullerton is making strides to change these statistics and perceptions through the changes she will make at the upcoming AIChE conference. “We’re in a transition period. Accommodations for nursing mothers was unheard of not very long ago. Now it’s not plentiful, but it’s emerging. I think AIChE can really make a splash by making improvements in this area.”