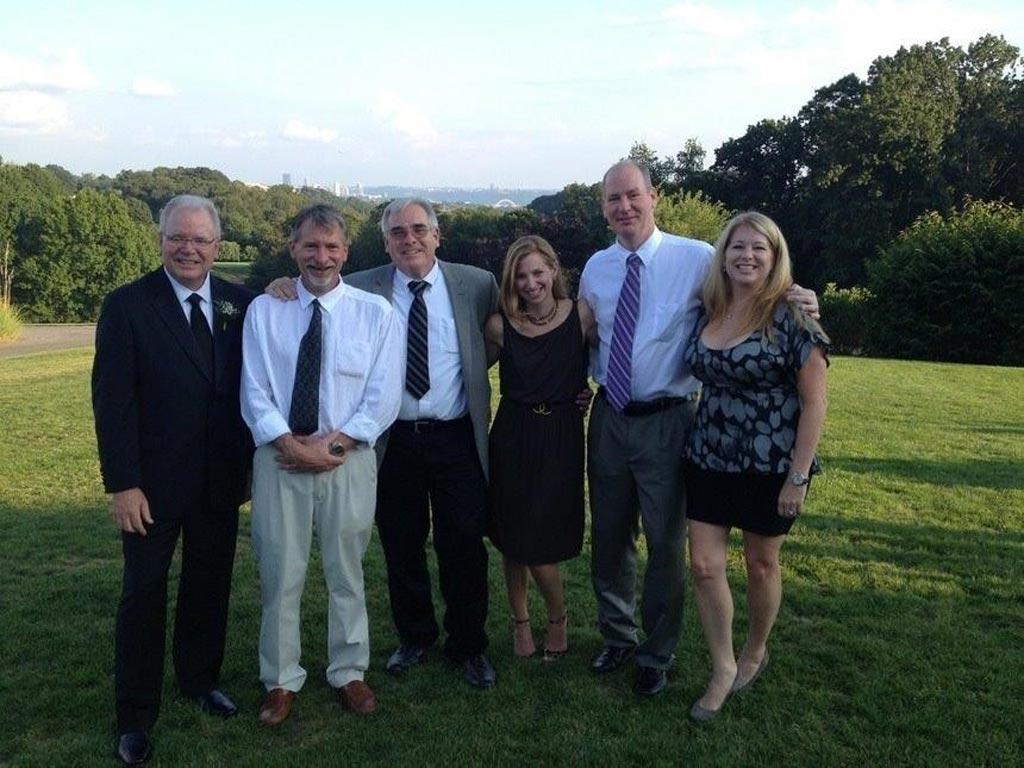 Ted Lyon and his five siblings.

For Ted Lyon, current MEMS Visiting Committee Chair and Pitt alum, Pitt Engineering was an easy decision that ran in the family. In fact, three of Lyon’s five siblings are also Pitt graduates, two of them in engineering.  Lyon credits this to the influence of his father, who was an executive at Eichleay Engineers Inc., an engineering company in the Pittsburgh area, when the six Lyon children were growing up. For Lyon personally, his interest in math and science during his elementary and high school days cemented his decision to pursue an engineering degree at the University of Pittsburgh.

Lyon graduated in 1980 with his bachelor’s in mechanical engineering and he also earned his master’s in business administration from the Katz Graduate School of Business in 1993. Lyon fondly recalls his time at Pitt, noting that he very much enjoyed most aspects of the ME curriculum. Some of his favorite classes included Mechanical Design, Fluid Mechanics, Fluid Dynamics, Heat Transfer and Materials Science. He said these classes were especially interesting due to the quality of the instruction, noting that he still recalls the names of his excellent professors. 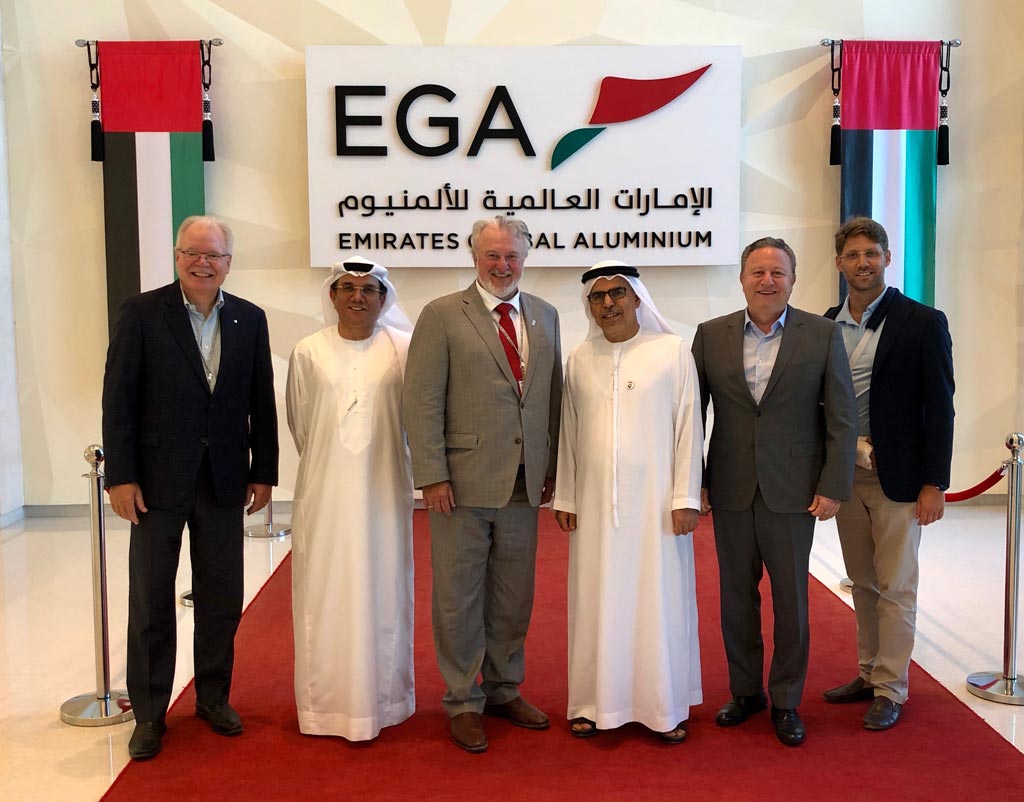 During summer breaks, Lyon worked in Building Trades and was in the Labor Union Local 373 where he worked on several large projects in Pittsburgh, including the New Stanton Volkswagen Plant and the Quadrangle, which is now Pitt’s Wesley W. Posvar Hall. Lyon notes, “This was actually a great experience, as I learned a tremendous amount about construction on large projects, and could readily see how the engineering profession is applied in practical terms during project construction.”

Though the economy was in recession when he graduated in 1980, the Pitt career center helped Lyon get interviews with quality companies such as Hewlett Packard and Exxon. He eventually accepted a job with Conoco as a maintenance engineer and begin working in July of 1980 in Baltimore, MD. In that position he worked in a chemical plant that made biodegradable surfactants.  Over the next 9 years, Lyon was promoted through Conoco, which required moving to Lake Charles, LA and Aberdeen, MS. His final role at Conoco was as a Mechanical Superintendent, where he was responsible for all maintenance and project engineering in a large PVC resin and compounding plant. He notes, “Conoco was an excellent company and training ground for a young engineer. I learned a tremendous amount and was given a lot of responsibility in plan maintenance, engineering and operations across a broad range of organic and inorganic chemical manufacturing processes.” 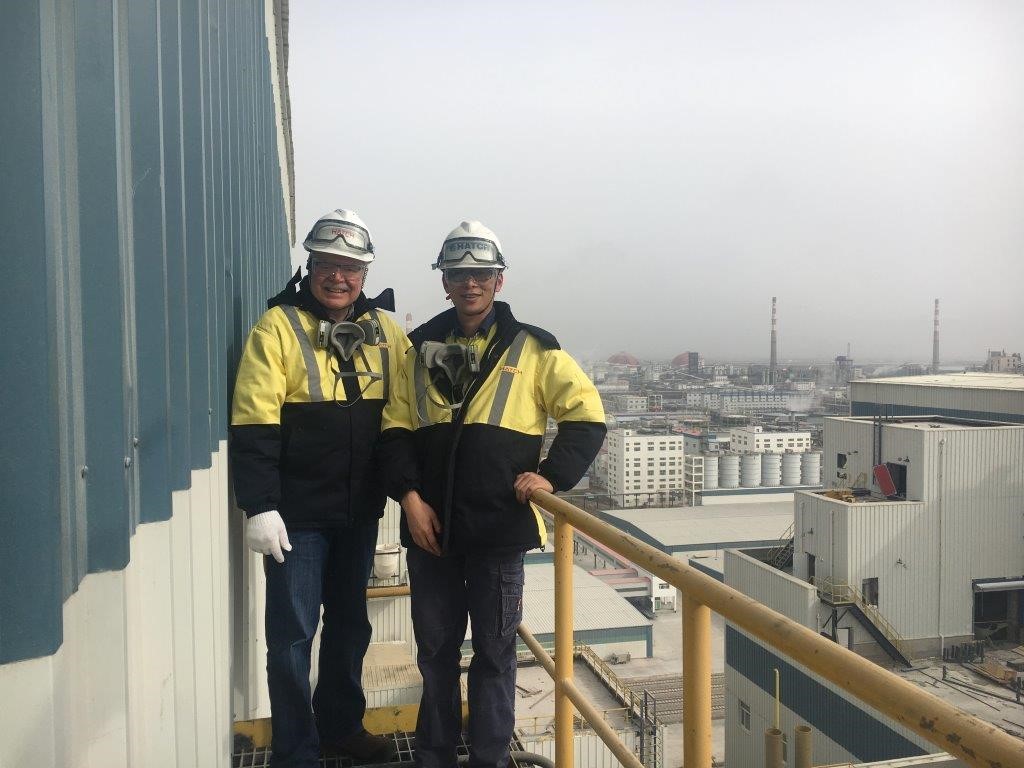 Ted Lyon and associate at QSLIC facility in Qinghai, China during construction of a Magnesium Prill dehydration plant.

Conoco was just the first stop on an impressive engineering trek for Lyon. He spent the next 12 years following in his father’s footsteps working for Eichleay Engineers, starting as a project manager and progressing through a few division director roles to eventually be named Vice President of Business Development.

Lyon has spent the last 18 years at Hatch Associates in Pittsburgh. Hatch is a provider of professional services to the mining, metallurgical, infrastructure and energy sectors around the globe. Some of these services include technical and management consulting, operational readiness and commissioning services, project development and execution services. Hatch employees over 10,000 professionals of which over 6,500 of them are engineers of all disciplines throughout the world.

Lyon’s current position at Hatch is Managing Director of Bulk Metals, where he is involved in the company’s global business with iron and steel as well as light metals.  He is in charge of the company’s total portfolio of business for these commodities with projects in South America, the Middle East, Russia/CIS, Australia, China and North America. Travel is, of course, a big component of a position like this.  When asked if he enjoyed that aspect of the job, Lyon reflected that “travel can be taxing from a physical standpoint, but quite interesting professionally and culturally.   Working with engineers and professionals from all over the world expands one’s perspective and provides insights that could not be acquired otherwise.   Engineering is a ‘universal language’, and regardless of the country of origin and your first language, the language of Engineering is common.” 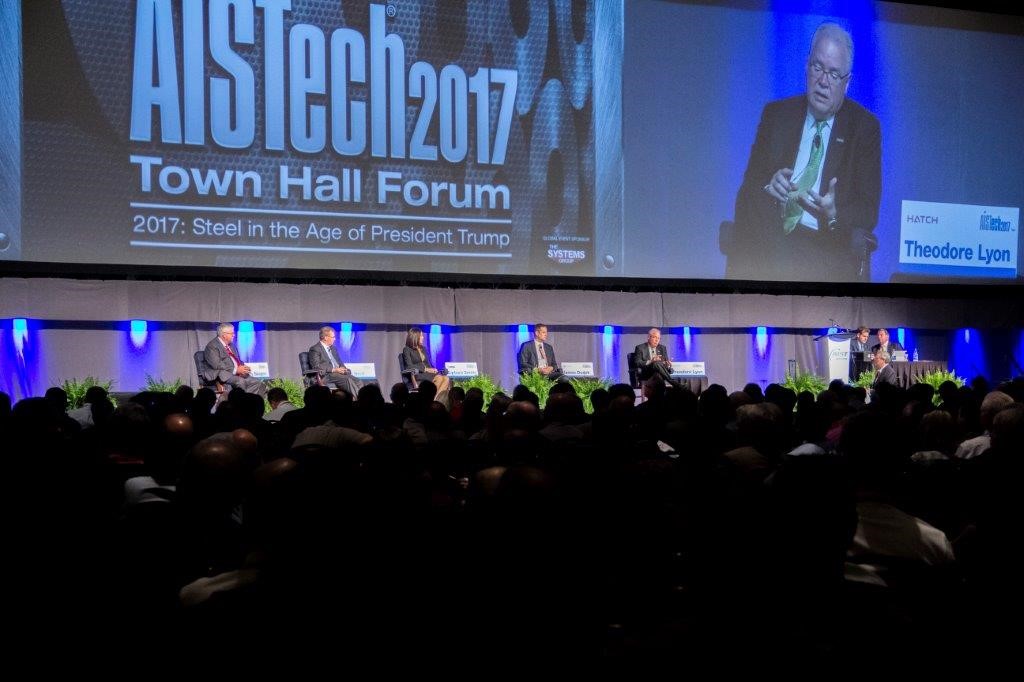 Ted Lyon representing Hatch on a panel at AISTech 2017.

In addition to his business unit leadership role, Lyon is also the president of Hatch Group’s USA based operations.

When considering moments or experiences that were pivotal to his career, Lyon noted that he was lucky to have great opportunities and was able to choose the most interesting ones for his tastes and interests. He said he was always keen to try new things and being flexible afforded him numerous opportunities to learn and expand his knowledge base. That said, his advice to current engineering students is, “…to have a view of what you want to do in the long run as you pick your first job, because it does start you down a particular path.”

He also noted that collaboration with smart, open-minded, innovative engineers from diverse backgrounds and cultures was another major influence on his career.

Lyon says as he approaches the back-end of his career, one important obligation to him is to ensure that the good things he has learned are imparted to the next generation of engineers and leadership in the profession.  Serving as Visiting Committee Chair for the MEMS Department is one of the ways he hopes to achieve this. He joined the VC in 2011 but remarked that it feels like only yesterday. Lyon said he is honored to be a member of the VC and he feels that the group always has constructive conversations, meaningful insights and advice to help bring the view of the customer to the institution. He notes, “…I very much enjoy the people on the committee, the interactions with the department leadership, the interactions with faculty and of course the students.” 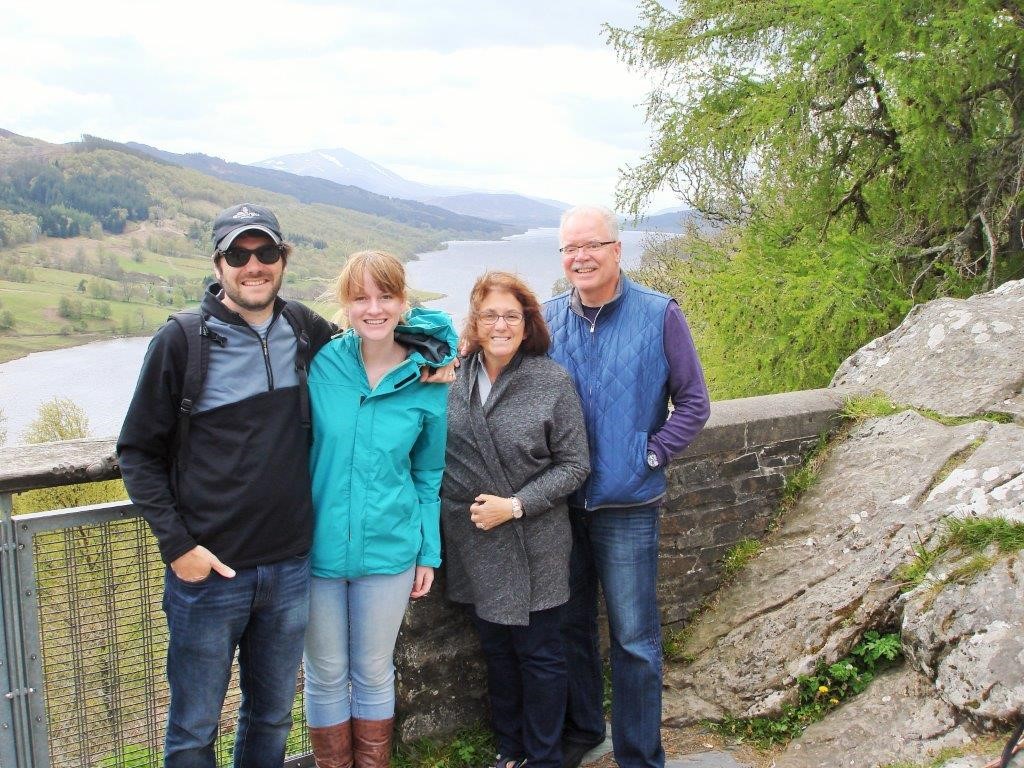 From right: Ted Lyon, his wife, daughter-in-law and son in the Scottish Highlands.

Lyon notes that Pitt had a big influence on him in more ways than academics. He has always been a Pitt sports fan, currently holding football season tickets and at one point he also had basketball season tickets. He says probably most importantly, he met his wife Jo Ann while at Pitt as well. She also graduated in 1980 with a bachelor’s in social work and they will be celebrating their 40th anniversary next November! Keeping the Pitt tradition alive in the family, their son holds a master’s degree of public and international affairs from the Graduate School of Public and International Affairs.  Lyon says there is a lot of pride in the Pitt community and he is particularly thankful for the great start he received in his professional career through the Pitt Engineering School.

He says, “I could never have made the correlation between where I started and where I am now.  Life takes you on many twists and turns. The key is to make the best out of them.”