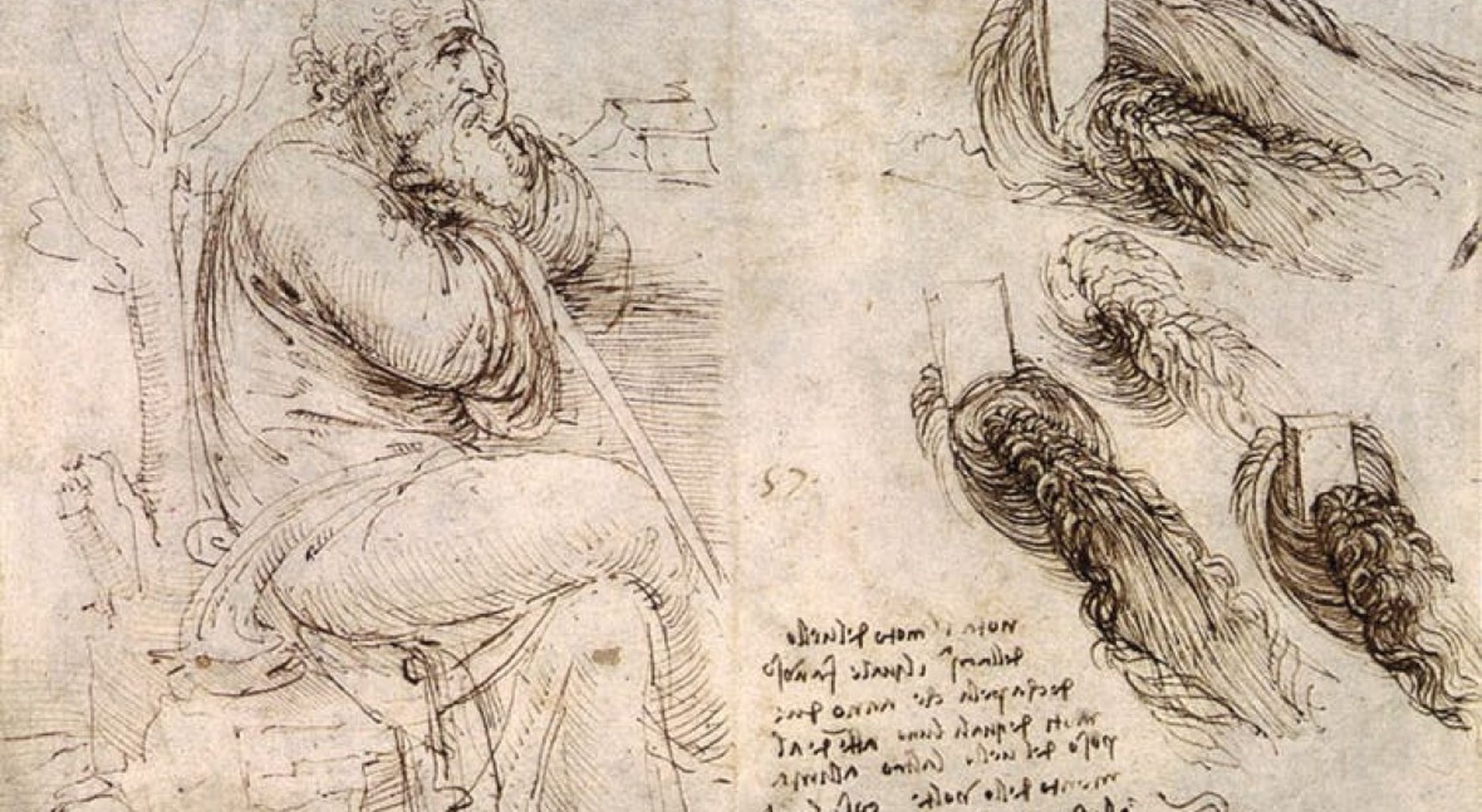 Turbulence in fluid mechanics has been a scientific challenge since at least the 16th century when Leonardo da Vinci sketched the chaotic movements of water flowing around obstacles in the Arno River. It is regularly described as one of the last unsolved problem of classical physics – a solution to the Navier-Stokes equation, the mathematical underpinning of turbulence, was declared a Millennium Prize Problem by MIT’s Clay Mathematics Institute in 2000. The $1 million prize remains unclaimed in 2019.

Pitt researcher Peyman Givi hopes to confront that centuries-old challenge with the power of a new generation of computing. He and a team developed  an algorithm capable  of using quantum computing to model turbulence at an unprecedented level of detail.

The challenge of modeling turbulence is evident in the Da Vinci drawings. “We create simulations of eddies – the swirling wheels and whirls and vortices of all sizes you see in the drawings. Fluid mechanics is composed of very large differences in scales. If for example you calculate drag on an airplane wing [fluid mechanics involves both liquids and gases], the largest scale is the entire wing, the smallest scale is close to nanometers. A grid big enough to take in all the scales together won’t fit on a computer. So we simulate the largest part – I don’t need to resolve the smallest scale to model the effects. But the model is not an exact science – you are introducing art into science.”

The science may become more exact using quantum computing. Givi is co-author on a May 2019 paper in the journal Combustion Theory and Modelling – “Quantum algorithm for the computation of the reactant conversion rate in homogeneous turbulence” – presenting an algorithm for predicting the rate of reaction in simulated turbulence and exploring the potential for applications of quantum technology to fluid dynamics and combustion problems. Citing the rapid progress in the development of quantum computing hardware, the paper posits the importance of designing algorithms now that could eventually run on that hardware – “quantum algorithm with a real engineering application.”

Guanglei Xu, now a post-doc at the Aero-Propulsion, Mechatronics, and Energy Center at Florida State University, is a co-author on the paper. He carried out the bulk of the computation on the MATLAB program. “We needed to simulate the behavior of the quantum algorithm with classical computing using Monte Carlo statistical methods. For instance, if one qubit could simultaneously be 0 or 1, we create one iteration where there is a 30 percent chance that it is 0 and a 70 percent chance that it is 1. Then we continue to run iterations of the same process. It is a huge number of repetitions, 220  x 60. It was most convenient to have MATLAB available. Jobs needed to be scheduled so we could make sure that each iteration is individual of each other – the same Monte Carlo process, but different values with each repetition.”

A 2019 report of the National Academies of Sciences describes quantum computing: “A classical computer uses bits to represent the values it is operating on; a quantum computer uses quantum bits, or qubits. A bit can either be 0 or 1, while a qubit can represent the values 0 or 1, or some combination of both at the same time (known as a ‘superposition’).” Thanks to superposition, qubits can simultaneously represent many possible states, creating infinitely greater computational power.

The  word “potential” appears often in appraisals of the present state of quantum computing technology. Quantum computers exist, developed by Google, Intel, IBM, and others; the National Quantum Initiative Act signed into law at the end of 2018 makes a $1.8 billion federal investment in quantum computing research. Existing machines are expensive and delicate. They must be completely shielded from any contact with the outside environment – the slightest vibration, temperature fluctuation, electromagnetic wave, or virtually any external noise destroys the quantum state of superposition. As such, they are tailored to very specific tasks on very short timescales. Despite these limitations, Google promises a robust working universal quantum computer in five to 10 years.

In late September, the Financial Times reported on an internal paper by researchers at Google claiming to have achieved “quantum supremacy” – a quantum computer performing a calculation that can’t be done on an existing classical computer. The paper as reported by FT claimed that the processor carried out a calculation in three minutes and 20 second that would require an estimated 10,000 years for the most advanced existing computer. The paper made clear, however, that the computer in the experiment was only capable of performing that single calculation.

Givi is optimistic. “I think there will be universal quantum computers on the order of 50 qubits within my lifetime. The potential advantages of the exponential growth in power are so incredible that it is almost ridiculous.”

“We are asking what could be done if quantum computers existed,” Givi explains. “When the computers are built, the algorithms will be in place – it was the algorithms in the first place that motivated the need for quantum computations. And quantum algorithms have inspired classical algorithms to be better. We are identifying problems where quantum algorithms can be effective. In turbulent combustion, we are demonstrating benefits. Fluid dynamics will benefit. Chemistry is already benefiting. We will be benefiting very soon in computational fluid dynamics.”

Givi is as enthusiastic about Pittsburgh – and Pitt – as he is about turbulence. He moved to the United States from Iran as a teenager in the late 1970s and attended graduate school at Carnegie Mellon in the early 1980s. He joined the Pitt faculty in 2002.

“I always wanted to come back here. There is just a good feeling here. I lived in New York, the West Coast, other places. But I always found the Steelers game on TV or found a Steelers bar.”