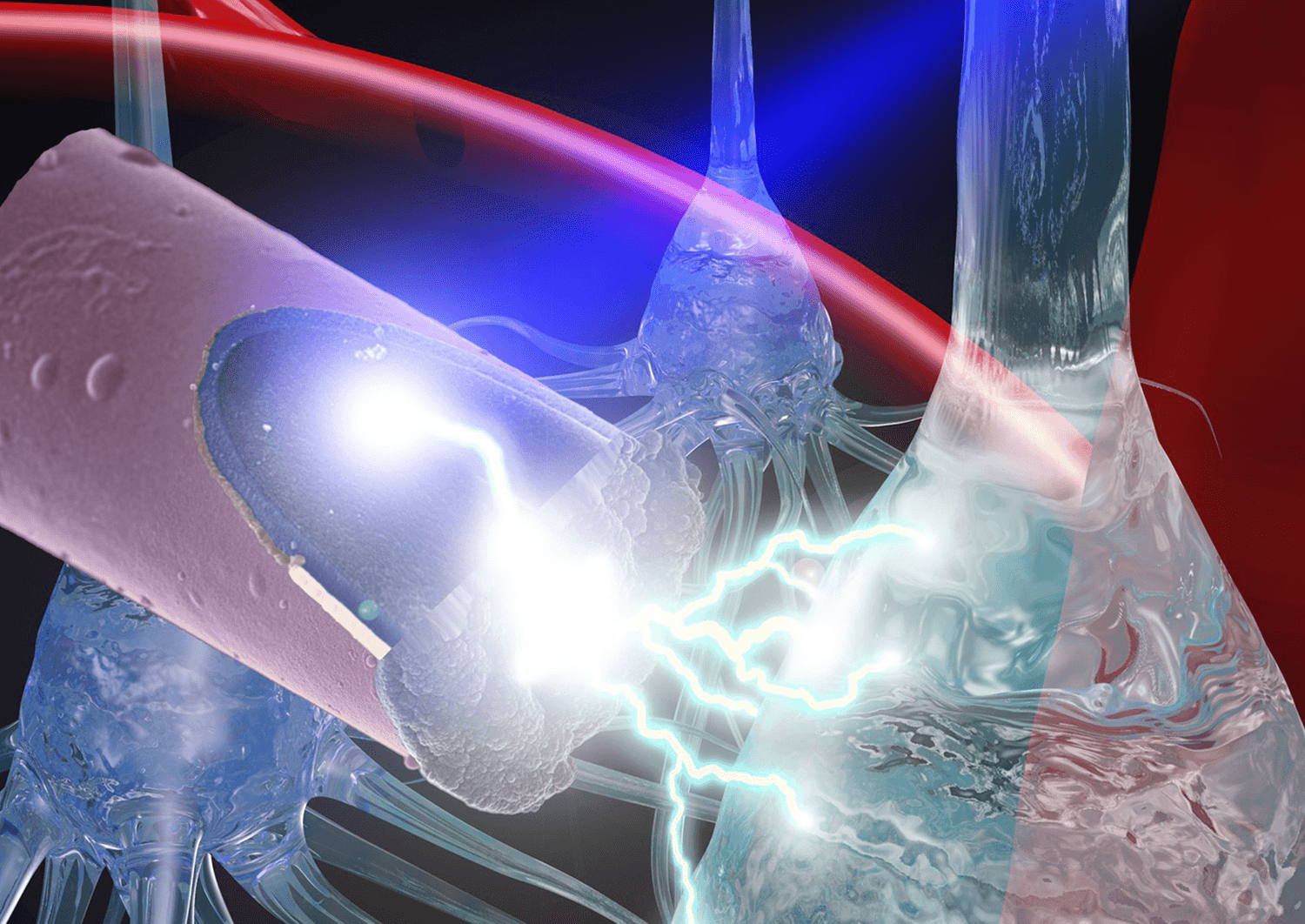 PITTSBURGH (February 15, 2019) … Neural stimulation is a developing technology that has beneficial therapeutic effects in neurological disorders, such as Parkinson’s disease. While many advancements have been made, the implanted devices deteriorate over time and cause scarring in neural tissue. In a recently published paper, the University of Pittsburgh’s Takashi D. Y. Kozai detailed a less invasive method of stimulation that would use an untethered ultrasmall electrode activated by light, a technique that may mitigate damage done by current methods.

“Typically with neural stimulation, in order to maintain the connection between mind and machine, there is a transcutaneous cable from the implanted electrode inside of the brain to a controller outside of the body,” said Kozai, an assistant professor of bioengineering in Pitt’s Swanson School of Engineering. “Movement of the brain or this tether leads to inflammation, scarring, and other negative side effects. We hope to reduce some of the damage by replacing this large cable with long wavelength light and an ultrasmall, untethered electrode.”

Kaylene Stocking, a senior bioengineering and computer engineering student, was first author on the paper titled, “Intracortical neural stimulation with untethered, ultrasmall carbon fiber electrodes mediated by the photoelectric effect” (DOI: 10.1109/TBME.2018.2889832). She works with Kozai’s group - the Bionic Lab - to investigate how researchers can improve the longevity of neural implant technology. This work was done in collaboration with Alberto Vasquez, research associate professor of radiology and bioengineering at Pitt.

The photoelectric effect is when a particle of light, or a photon, hits an object and causes a local change in the electrical potential. Kozai’s group discovered its advantages while performing other imaging research. Based on Einstein's 1905 publication on this effect, they expected to see electrical photocurrents only at ultraviolet wavelengths (high energy photons), but they experienced something different.

“When the photoelectric effect contaminated our electrophysiological recording while imaging with a near-infrared laser (low energy photons), we were a little surprised,” explained Kozai. “It turned out that the original equation had to be modified in order to explain this outcome. We tried numerous strategies to eliminate this photoelectric artifact, but were unsuccessful in each attempt, so we turned the ‘bug’ into a ‘feature.’”

“Our group decided to use this feature of the photoelectric effect to our advantage in neural stimulation,” said Stocking. “We used the change in electrical potential with a near-infrared laser to activate an untethered electrode in the brain.”

The lab created a carbon fiber implant that is 7-8 microns in diameter, or roughly the size of a neuron (17-27 microns), and Stocking simulated their method on a phantom brain using a two-photon microscope. She measured the properties and analyzed the effects to see if the electrical potential from the photoelectric effect stimulated the cells in a way similar to traditional neural stimulation.

“We discovered that photostimulation is effective,” said Stocking. “Temperature increases were not significant, which lowers the chance of heat damage, and activated cells were closer to the electrode than in electrical stimulation under similar conditions, which indicates increased spatial precision.”

“What we didn’t expect to see was that this photoelectric method of stimulation allows us to stimulate a different and more discrete population of neurons than could be achieved with electrical stimulation.” said Kozai, “This gives researchers another tool in their toolbox to explore neural circuits in the nervous system.

“We’ve had numerous critics who did not have faith in the mathematical modifications that were made to Einstein’s original photoelectric equation, but we believed in the approach and even filed a patent application” (patent pending:US20170326381A1), said Kozai. “This is a testament to Kaylene’s hard work and diligence to take a theory and turn it into a well-controlled validation of the technology.”

Kozai’s group is currently looking further into other opportunities to advance this technology, including reaching deeper tissue and wireless drug delivery.

Stocking anticipates  graduating in April 2019 and plans to pursue a doctoral degree. She said, “The University of Pittsburgh has amazing resources that have allowed me to gain meaningful research experience as an undergraduate, and I’m grateful to Dr. Kozai and the Department of Bioengineering for giving me the opportunity to do impactful work.”