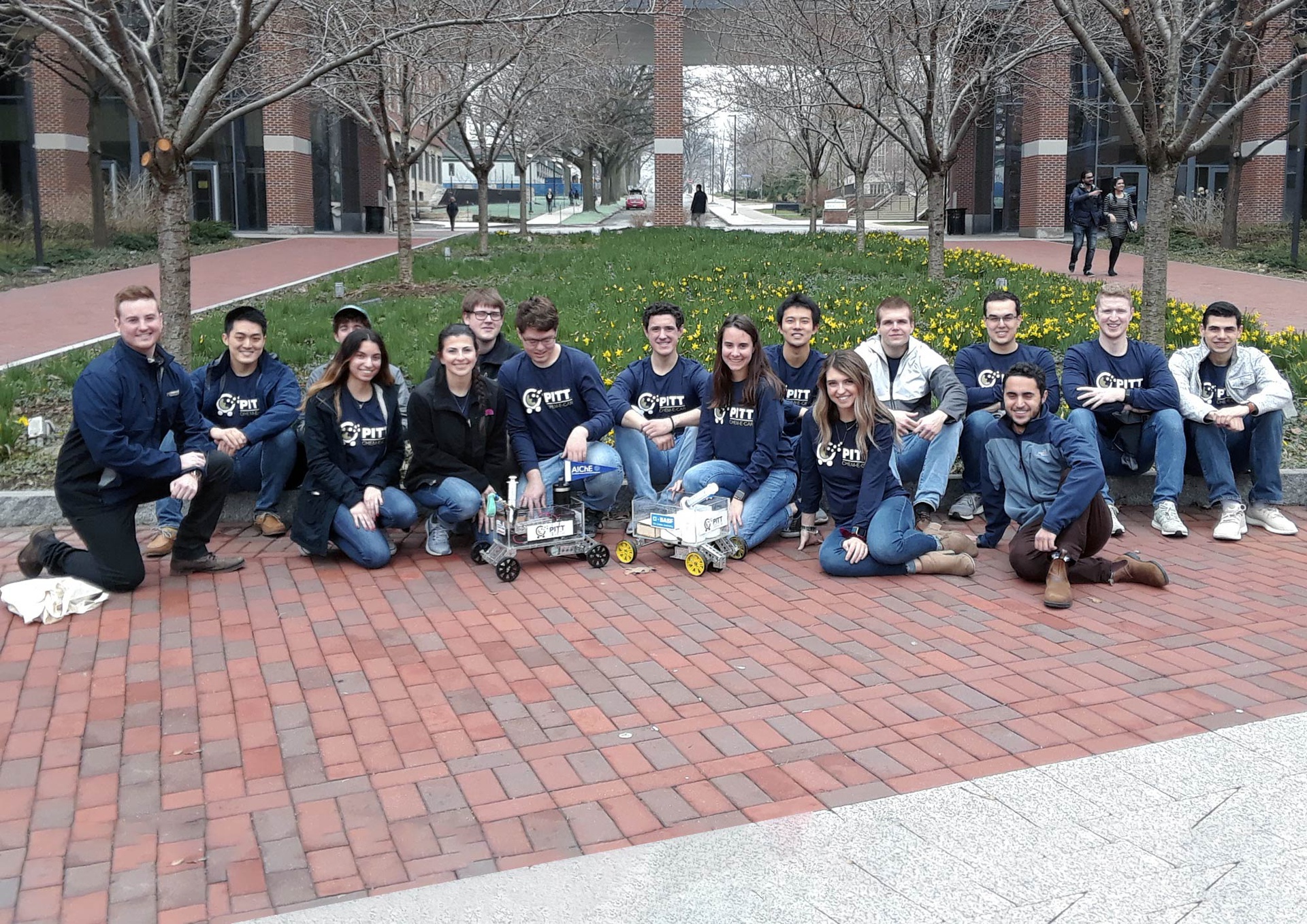 PITTSBURGH (April 9, 2019) — Undergraduate students from the University of Pittsburgh Swanson School of Engineering brought two cars sailing to the finish line in this year’s Regional Chem-E-Car Competition at the 2019 American Institute of Chemical Engineers (AIChE) MidAtlantic Regional Student Conference. Their placements qualify them to compete in the AIChE Chem-E-Car International Competition at the AIChE Annual Conference, held in Orlando, Fla., in November.

The Pitt team placed third and fifth for their two cars out of the 23 raced in the competition.  The qualifying teams are:

The Chem-E-Car Competition requires student teams to create a small car with chemical propulsion and stopping mechanisms such that it will travel a specified distance and carry a payload (0-500 ml of water). Prior to the competition, all teams had to complete safety training and testing and submit an engineering documentation package. Teams also had to provide a poster detailing the research they conducted for the creation of their car and pass the safety inspection to ensure that their car will compete safely.

“The team was able to successfully create not only one car that placed in the top five, but two. It’s an impressive feat that they should be proud of,” says Taryn Bayles, PhD, vice chair for education and professor of chemical and petroleum engineering at the Swanson School. “We’re excited to see what the competition in November brings.”

On the day of the competition, the team received their chemicals and were provided the distance that their car must travel, which was 56 feet this year. The MidAtlantic Regional Student Conference, which included institutions in New York, Pennsylvania, Delaware, New Jersey, Maryland, Virginia and West Virginia, took place April 5-7, 2019, at Penn State University.

The car's trek to Florida is featured in a short spotlight video.

In addition to the ChemE Car competition, the ChemE Jeopardy team competed against 18 other teams, and after three rounds of competition made it to the finals to face teams from UPenn and Johns Hopkins.