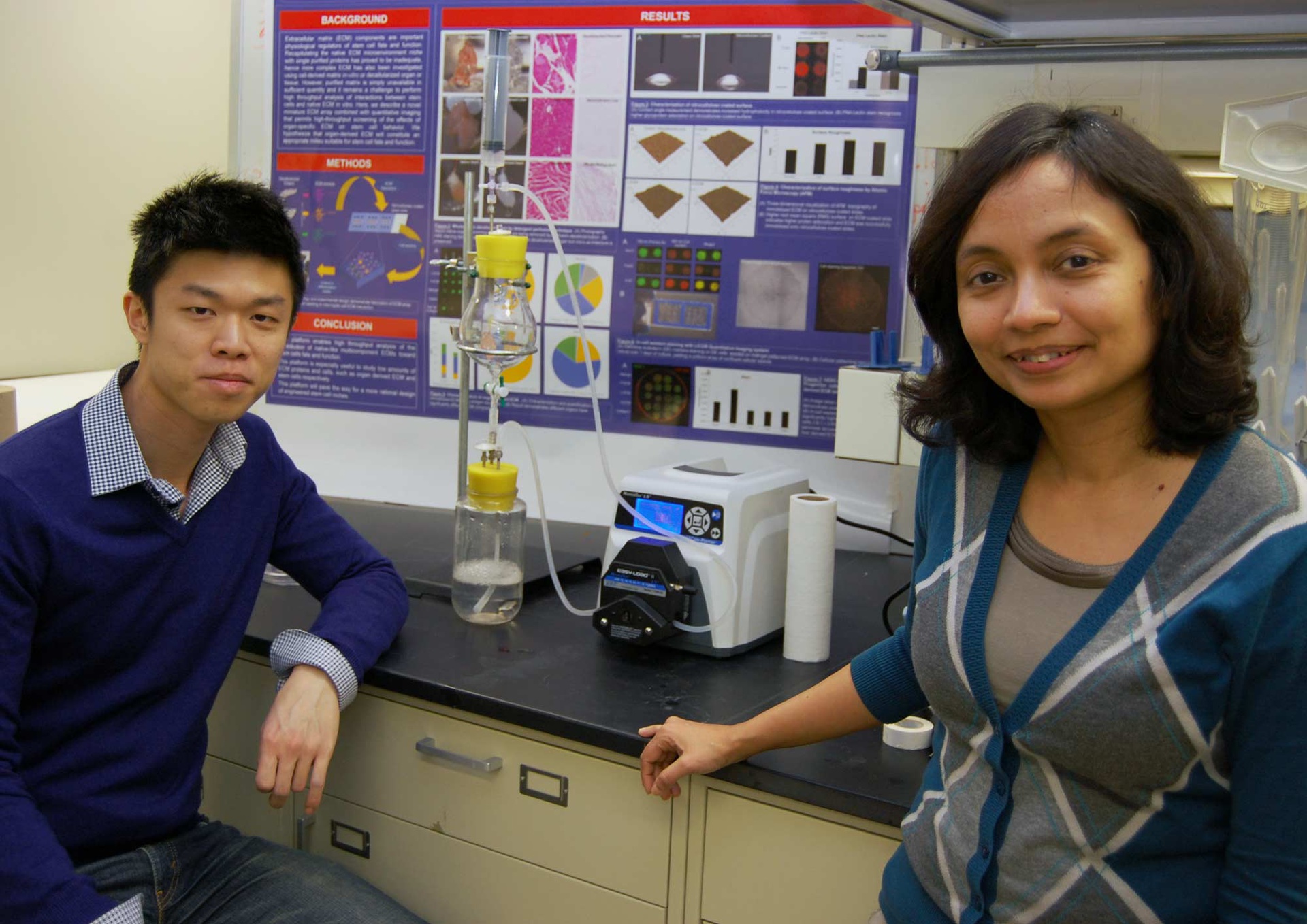 PITTSBURGH- Human stem cells hold great promise for medicine. They can be used therapeutically, they can help model disease, and they can be used to help discover new drugs. But it is very difficult to culture enough cells to meet the demand.

Ipsita Banerjee, associate professor of chemical and petroleum engineering and of bioengineering within the University of Pittsburgh's Swanson School of Engineering, recently received a $300,000 grant from the National Science Foundation to explore an idea she has that would allow the manufacture of human pluripotent stem cells-these are the ones that can become virtually any tissue-on an industrial scale.

At present, Banerjee says, culturing stem cells is a delicate proposition, with only a 30 percent chance of survival. Current methods are limited by the low viability of initial cell-seeding populations and a tendency for the cells to be heterogeneous, a problem when uniformity is required.

Banerjee and co-investigator Prashant Kumta, professor of bioengineering in the Swanson School, think that by creating a biomimetic hydrogel encapsulation system to mimic the cell-to-cell interaction without which stem cells die, they'll be able to overcome these obstacles.

"It's kind of a simple idea, but it hasn't been done," Banerjee says. "I thought someone must have done it, at least with other kinds of cells, but no one has."

The capsules she and Kumta plan to create will use an as-yet-unidentified peptide to convince individual cells they're in the company of others, enhancing survival. "[A cell] will think that it is in contact with another cell and will not activate the cell-death pathway," Banerjee says.

If they find the right peptide and their theories about stem cell behavior and viability are confirmed, Banerjee and Kumta are hopeful that their method of stem-cell cultivation will allow labs around the world to generate enough stem cells to meet demand.

"Our method is cheap and simple," Banerjee concludes. "If we're right, just about anyone in any lab will be able to reproduce it."