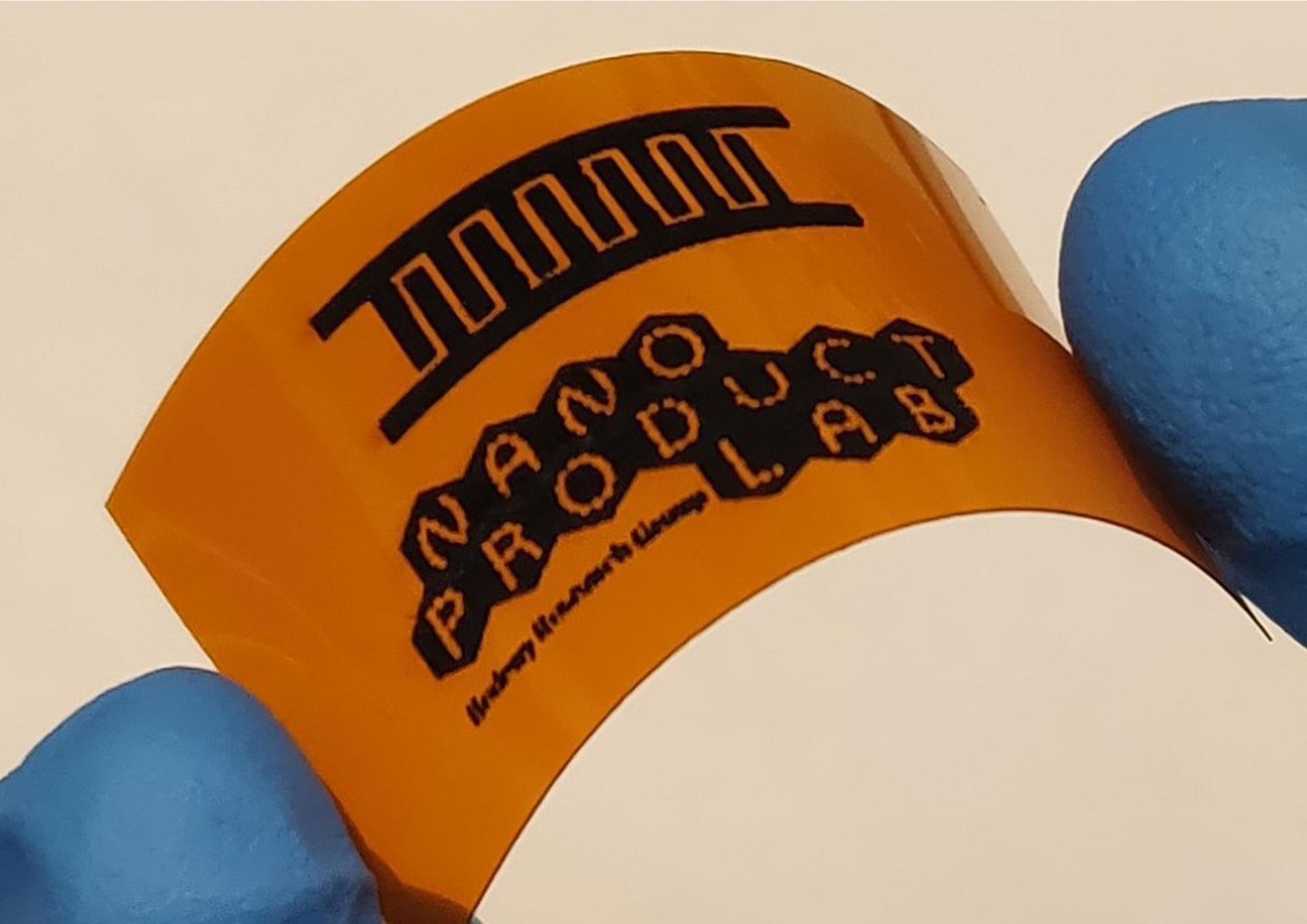 PITTSBURGH (June 15, 2020) … Fabrication of flexible and wearable electronics often requires integrating various types of advanced carbon nanomaterials - such as graphene, nanotubes, and nanoporous carbon - because of their remarkable electrical, thermal, and chemical properties. However, the extreme environments needed to chemically synthesize these nanomaterials means they can only be fabricated on rigid surfaces that can withstand high temperatures. Printing already-made nanocarbons onto flexible polymeric materials is generally the only option, but limits the potential customization.

To overcome this limitation, researchers at the University of Pittsburgh Swanson School of Engineering are investigating a new scalable manufacturing method for creating customizable types of nanocarbons on-demand - directly where they are needed - on flexible materials.

The research is led by Mostafa Bedewy, assistant professor of industrial engineering at Pitt, who received a $244,748 EAGER award from the National Science Foundation in support of this effort. The project, “Transforming Flexible Device Manufacturing by Bottom-up Growth of Nanocarbons Directly on Polymers,” will enable patterning functional nanocarbons needed for a number of emerging flexible-device applications in healthcare, energy, and consumer electronics.

Bedewy’s group is already working on another NSF-funded project that utilizes a custom-designed reactor to grow “nanotube forests” through a process called chemical vapor deposition (CVD). This enables the synthesis of carbon nanotubes from catalyst nanoparticles by the decomposition of carbon-containing gases. The process, however, is not suitable for growing nanocarbons directly onto commercial polymers.

“When we grow nanocarbons by CVD on silicon, it requires temperatures exceeding 700 degrees Celsius, in the presence of hydrocarbon gases and hydrogen,” explained Bedewy, who leads the NanoProduct Lab in the Swanson School's Department of Industrial Engineering. “While silicon can tolerate those conditions, polymers can’t, so CVD is out of the question.”

Instead, Bedewy’s group will utilize a laser in a similar way that common laser engraving machines function.

When manufacturing flexible devices, current methods of printing carbon on polymers are limited in scalability and patterning resolution. This new laser-based method addresses these limitations.

Rather than printing graphene from graphene ink, nanotubes from nanotube ink, and so on, the polymer material itself will act as the carbon source in the new process, and different types of nanocarbons can then grow from the polymer, like grass in a lawn - but instead of using sunlight, through a controlled laser.

“This approach allows us to control the carbon atomic structure, nanoscale morphology, and properties precisely in a scalable way,” said Bedewy. “Our research provides a tremendous opportunity to rapidly customize the type of nanocarbon needed for different devices on the same substrate without the need for multiple inks and successive printing steps.”

Producing functional nanocarbons in this manner will also enable high-rate roll-to-roll processing, which can potentially make manufacturing flexible electronics as fast and as inexpensive as printing newspapers.

“The multi-billion dollar global market for flexible electronics is still in its infancy, and is expected to grow exponentially because of accelerating demand in many applications,” Bedewy said “Exploring potentially transformative carbon nanomanufacturing processes is critical for realizing cutting-edge technologies.”

According to the NSF, the EAGER funding mechanism may be used to support exploratory work in its early stages on untested, but potentially transformative, research ideas or approaches. This work may be considered especially "high risk-high payoff" in the sense that it, for example, involves radically different approaches, applies new expertise, or engages novel disciplinary or interdisciplinary perspectives.