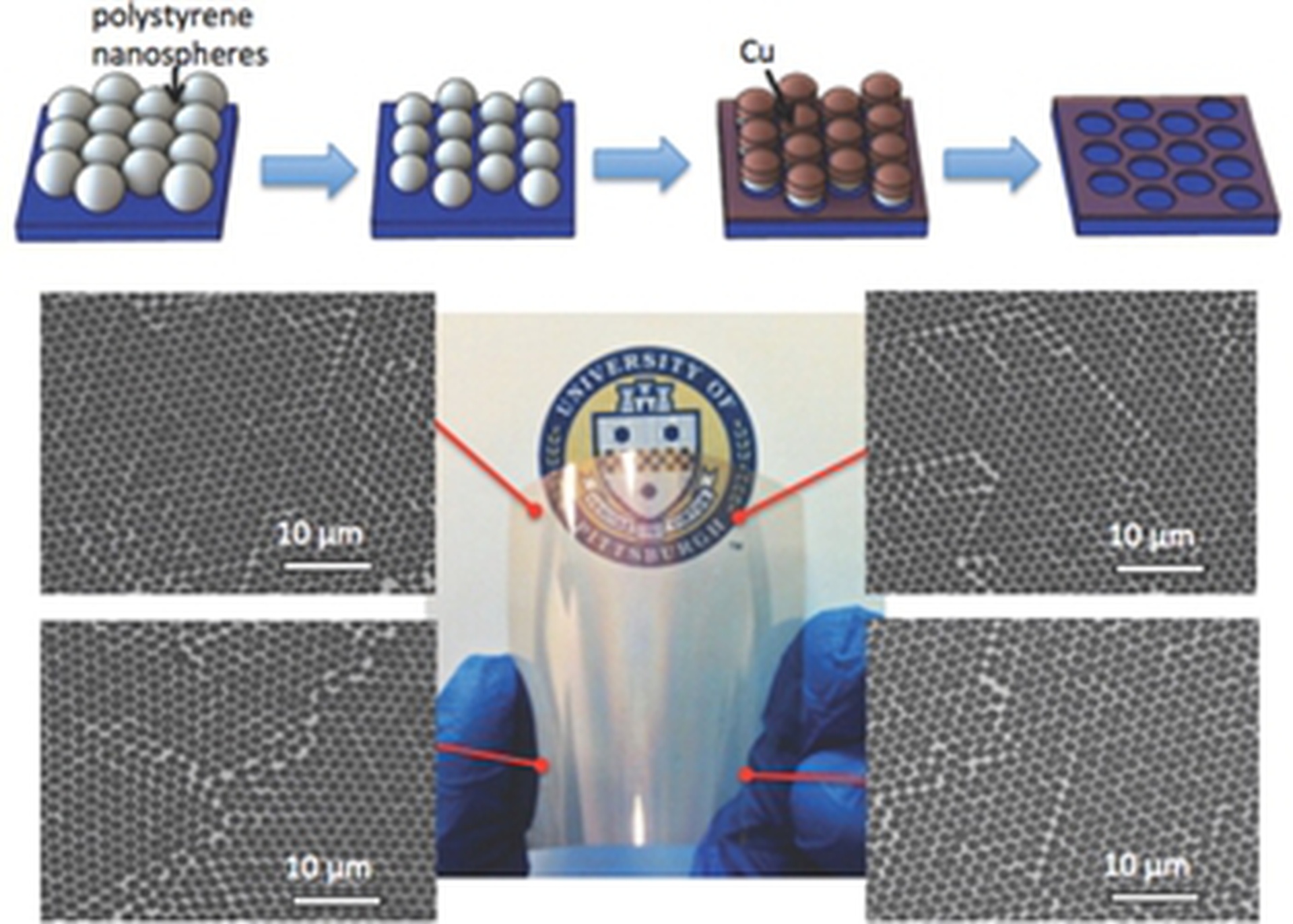 PITTSBURGH (May 8, 2014) … A journal article by University of Pittsburgh researchers investigating the properties of copper nanomeshes to form transparent electrodes was one of the Top 20 articles downloaded from the journal Nano Letters web site in April 2014.

According to the article, transparent conductors are important as the top electrode for optoelectronic devices such as solar cells, flat panel displays, touch screens and light-emitting diodes. Manufacturers currently use indium tin oxide to build transparent conductors, but indium is an expensive and brittle rare earth metal, limiting its use. While researchers have investigated other materials such as grapheme and silver, the Pitt group is focusing on copper because of its relative abundance and low cost. Their research includes simulation and experimental investigation of copper nanomeshes with holes arranged in a hexagonal lattice in a Cu thin film.

"Random metal nanowire meshes suffer from non-uniform sheet resistance, haziness due to scattering, and high contact resistance especially for copper which tends to oxidize." Dr. Leu explains. "Our metal nanomesh structure provides more uniform resistance on the microscale, less scattering, and does not have nanowire-nanowire contacts. The nanomeshes can be fabricated directly on rigid substrates like quartz or flexible materials like plastics."

About Dr. Leu
Paul W. Leu joined the Department of Industrial Engineering in August 2010. He received his BS in mechanical engineering at Rice University and his master of science in mechanics of materials and PhD in mechanical engineering from Stanford University. He subsequently worked as a postdoctoral research fellow in the U.C. Berkeley Electrical Engineering Department as a member of the Berkeley Sensor and Actuator Center and with a joint-appointment in the Materials Division Center of Lawrence Berkeley. Dr. Leu's primary research interests include first principle simulations of material properties, combining physical simulations with optimization methods, and nanomaterial synthesis and characterization. His areas of expertise include nanomaterials, semiconductor processing, computer aided design, multiscale modeling, and semiconductor devices.