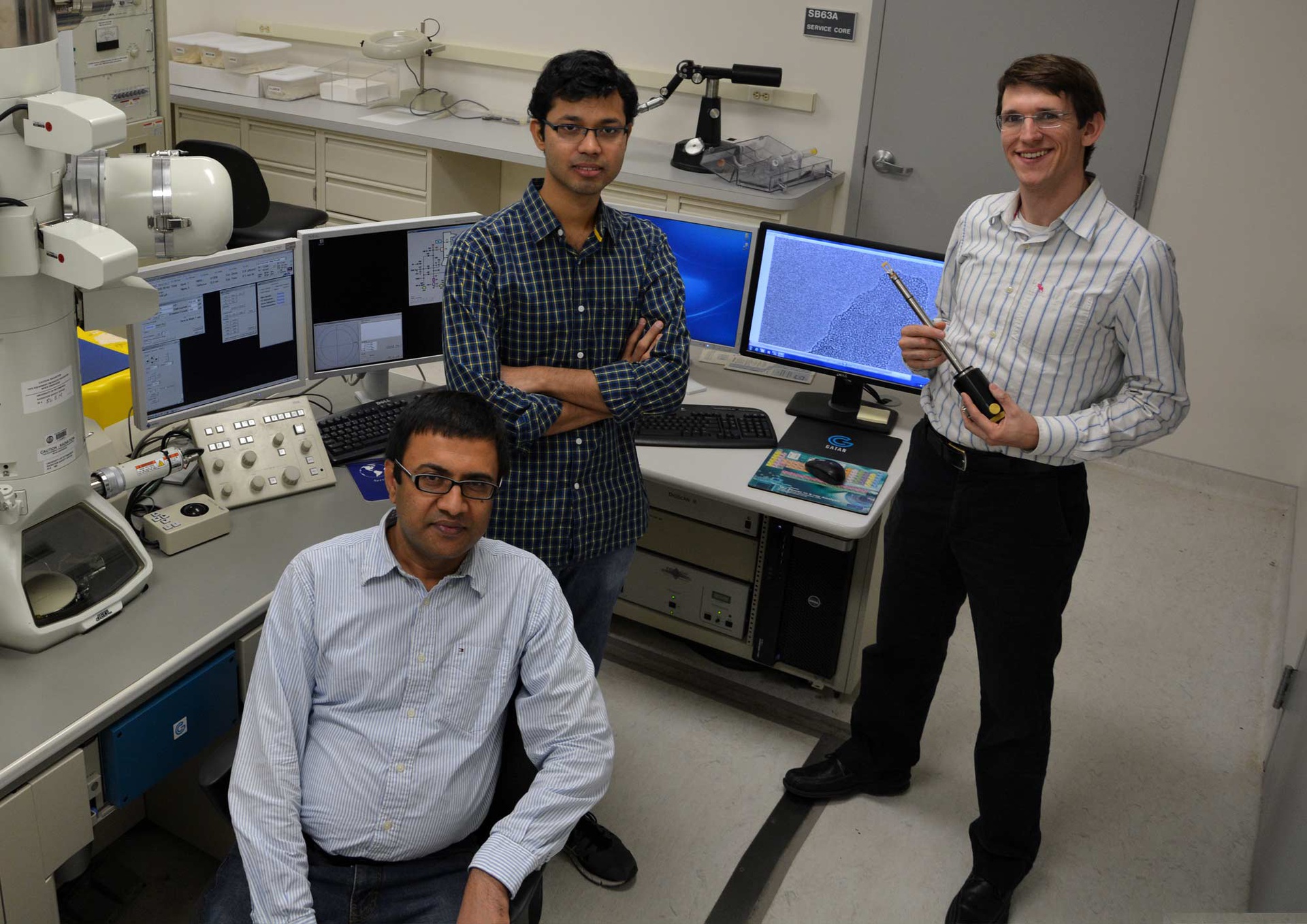 PITTSBURGH (October 29, 2015) … Tevis Jacobs, PhD, assistant professor of mechanical engineering and material science at the University of Pittsburgh's Swanson School of Engineering, received a grant from the National Science Foundation (NSF) to observe and measure nanoscale contact inside of an electron microscope-enabling for the first time visualization of the atomic structure of the component materials while they are in contact.

Technologically, nanoscale contacts are found both in advanced microelectronic devices, as well as in emerging nanoprobe-based technologies used to make those devices. By using a nanoprobe to make contact, device manufacturers can measure and manipulate behavior down to the atomic scale. Jacobs and his team will investigate the physics, chemistry, and materials science of nanoscale devices during contact.

"We are studying the fundamental nature of contact at the nanoscale. There are some basic questions-such as the shape and size of the contacting region-which we understand well for large-scale objects but cannot predict or even accurately measure for nanoscale bodies," said Jacobs. "Scanning probe microscopy is commonly used to characterize surfaces. In this, you are dragging a sharp tip across a surface to determine its texture or other properties, but there's no way to directly observe the contact. We are making scanning-probe contact inside a transmission electron microscope while taking ultra-high resolution photos and videos."

Jacobs will serve as principal investigator of the study, "Collaborative Research: Understanding the Formation and Separation of Nanoscale Contacts," which received $298,834 over three years. He and his team will collaborate with Ashlie Martini, associate professor at the University of California, Merced. As the electron microscopy examines the materials' surfaces, Martini will replicate the experiments using molecular dynamics computer simulations to reveal atomic-scale detail about the phenomena occurring inside of the nanomaterials.

Currently, there are competing theories to describe nanoscale adhesion and deformation in response to the applied force of a probe, and each theory predicts different behavior. Jacobs' experiments will provide the data to confirm or refute these hypotheses in a variety of chemically and structurally diverse materials.

His research focuses on the atomic-scale processes governing the mechanics of materials and interfaces at the nanoscale. He has received a Gold Medal from Materials Research Society's Graduate Student Award competition and the Dorothy M. and Earl S. Hoffman Scholarship Award from the American Vacuum Society.