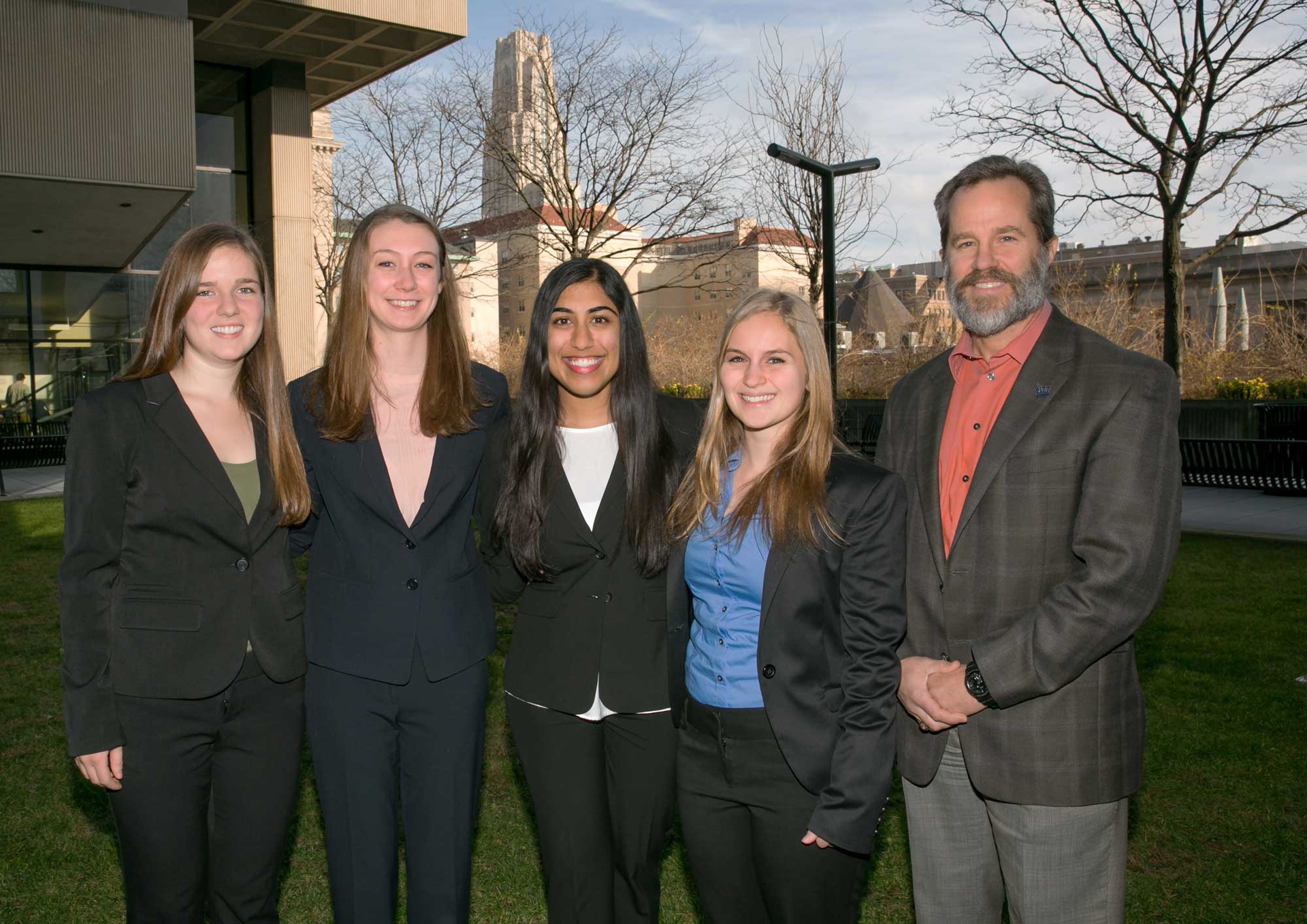 The second place team, which consisted of students Ashley John, Kimberly Dickenson, Kelly Rose and Victoria Portier, collected points in a variety of categories, including procedures and documentation, use of ergonomic design software, creativity, justification and the final report. The judges announced their final decision in December 2015.

“Everything they did throughout the semester was right on and very thorough,” said Joel Haight, Pitt associate professor of industrial engineering and faculty advisor for the four competing teams. “This is the first year Pitt entered, and in the nine-year competition, no first time team had ever even made it into the top five.”

The competition required teams to collect data, analyze the information, and design solutions for both a Preliminary Design problem and Final problem. This year’s Preliminary Design problem focused on the daily actions of workers at an animal shelter, such as lifting heavy animals on and off examination tables. For the Final problem, teams investigated the ergonomics of the food service industry.

In addition to recognition for their work, the Pitt second place team members each received a $200 award. They will also serve as an alternate for first place winner, Concordia University, at the eTools Users Group Meeting hosted by Auburn Engineers at a National Safety Conference in the spring.

Auburn Engineers, Inc., sponsor of the competition, is an international ergonomics consulting company. Past competitions required students to analyze the workplace ergonomics of wedding photographers, retail grocers and the field crew at an Auburn University football game.