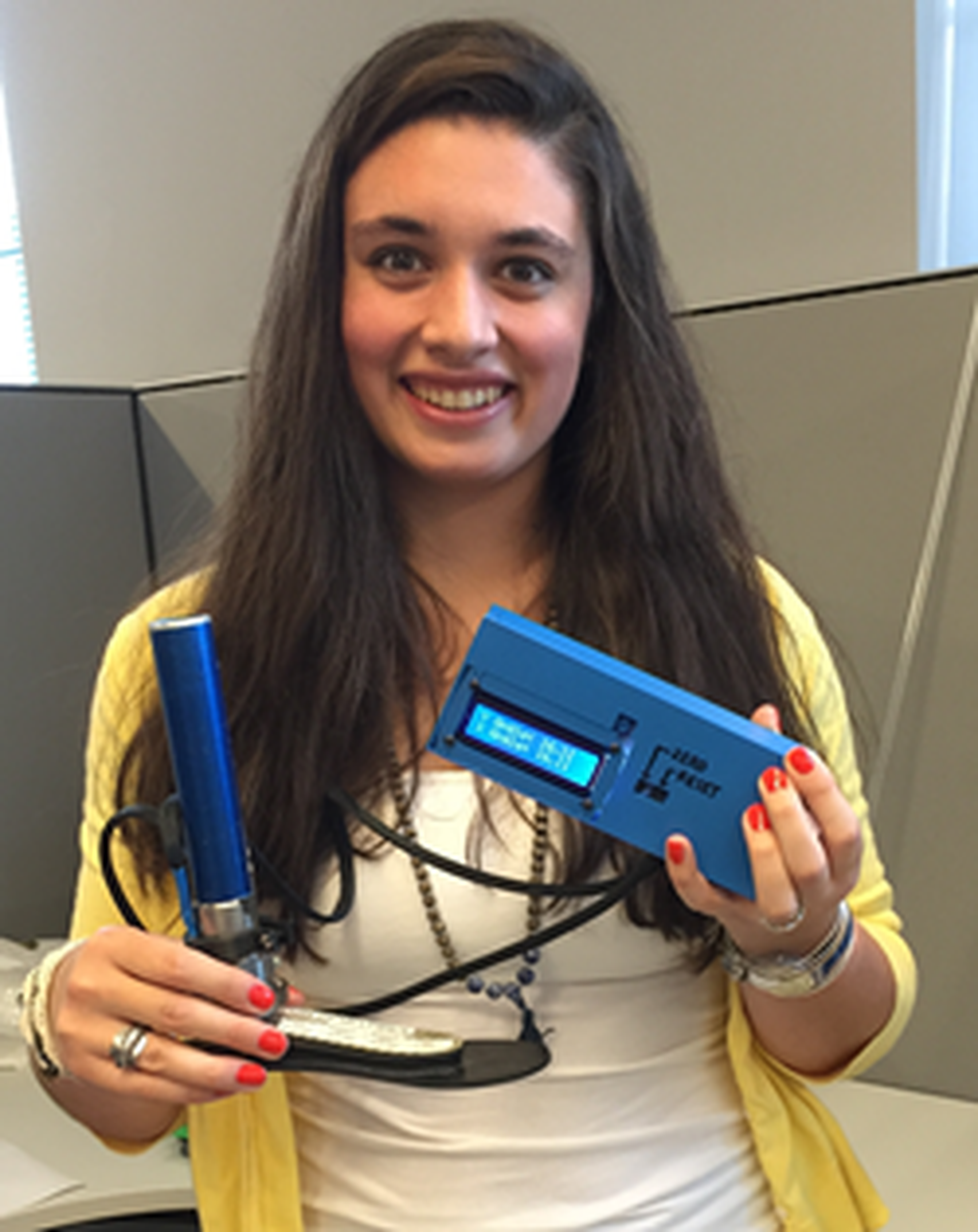 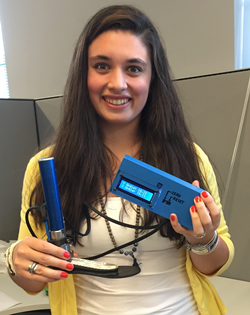 PHILADELPHIA (November 29, 2016) … Alexandra Delazio, a senior studying bioengineering at the University of Pittsburgh’s Swanson School of Engineering, took first place in the Society of Women Engineers (SWE) Undergraduate Collegiate Technical Poster Competition at the SWE WE16 National Conference in Philadelphia.

Delazio’s project, “Electronic Alignment Angle Measurement in Lower Limb Prosthetics – Versatile Device Design,” was one of nine projects selected for the final round of judging in the undergraduate poster competition. She focused the presentation on a device she developed under the direction of Dr. Goeran Fiedler, Assistant Professor of Prosthetics & Orthotics at the Department of Rehabilitation Science and Technology (RST) at Pitt. The device is capable of digitally measuring bi-planar alignment angles in lower limb prosthetics.

“We wanted to give prosthetists some way to measure the angle of the foot,” said Delazio. “There’s currently no quantifiable way to measure adjustments the doctor makes, so there’s a lot of guess work. The wrong angle can cause discomfort or even injury. By accurately measuring the prosthetic leg’s angle, we can make a record of the patient’s history and skip a lot of trial and error.”

Other researchers have devised modified pyramid adaptors to improve alignment, but Fiedler and Delazio’s design is the first sensor system that works in conjunction with the standard pyramid adaptor of lower limb prostheses. The device is also removable and touchless, so doctors can use it to make measurements efficiently and without interfering with standard clinical practice.

Delazio began working with Dr. Fiedler in 2015 as part of the Human Engineering Research Laboratories (HERL) American Student Placements in Rehabilitation Engineering (ASPIRE) Research Experience for Undergraduates (REU) program. She is scheduled to graduate in April 2017 and wants to work in the medical product engineering industry after graduation.

“I like hands-on work, and I want to be directly helping people. This device could really improve quality of life even if it means simply cutting down the time a patient spends in the doctor’s office and increasing the amount of patients doctors can see per day. No one likes spending all their time in a doctor’s office – except maybe me because I like to check out all the equipment,” Delazio joked.