Dr. John Kellum, who holds a secondary appointment in the Department of Bioengineering, co-authored an article published in JAMA Network Open examining the possibility of measuring biomarkers – molecules found in the urine – to grade kidney damage in order to preserve remaining function without unnecessarily restricting the medications and foods a patient can have.

When someone comes to the hospital with signs of a heart attack, doctors use a battery of tests to help figure out what is happening, including an echocardiogram to image the heart and look at how it is functioning, as well as an electrocardiogram and plasma biomarkers to look for evidence of heart damage.

Combined, these tests permit cardiologists to identify a heart attack quickly and accurately, a necessary first step to determine the best course to protect the remaining function of this vital organ.

This coupling of diagnostic and prognostic tests doesn’t exist for patients with acute kidney problems, and clinicians like Kellum, professor of critical care medicine, bioengineering, and clinical and translational medicine at the University of Pittsburgh School of Medicine, want that to change. He can diagnose a patient with acute kidney injury, but it isn’t so easy determining the extent of the damage and prescribing the best treatment to keep the kidneys – the twin organs responsible for filtering toxins and waste from the blood – functional. 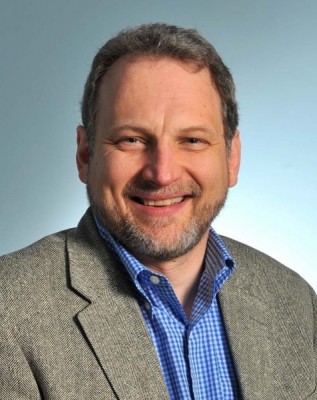 “We call acute kidney injury the ‘silent epidemic,’” Kellum said. “The kidney doesn’t hurt when it’s injured, so until function is really bad, you don’t have symptoms. Often, patients present late with fully established renal failure, and it’s up to us doctors to put the pieces together to understand why.”

There are numerous causes of acute kidney injury – ranging from major surgery and tissue damage to ingesting a toxin or an infection – and patients with sepsis often have the condition.  Hospitalizations for acute kidney injury in the U.S. have been on the rise, affecting nearly 12% of hospitalized patients and more than half of critically ill patients.

In an article published this week in JAMA Network Open, Kellum and his colleagues examine the possibility of measuring biomarkers – molecules found in the urine – to grade kidney damage in order to preserve remaining function without unnecessarily restricting the medications and foods a patient can have.

“You cannot look at a patient with acute kidney injury and tell if their kidneys will continue functioning for the rest of their lives or fail in six months,” Kellum said. “But making that determination is important for properly counseling patients. A low-risk patient might need to simply avoid certain medications, while a higher-risk patient will need close medical attention.”

Kellum and his team used data from the Protocolized Care for Early Septic Shock (ProCESS) trial, which enrolled critically ill patients with septic shock in the U.S. Nearly 1,000 patients in the ProCESS trial were tested with the only test approved by the U.S. Food and Drug Administration (FDA) for acute kidney injury, NephroCheck, which measures two urinary biomarkers and returns a score meant to help determine a patient’s risk for acute kidney injury, not the extent of their damage or their outcome after they have the condition.

The team compared the test results to the patient outcomes and determined that patients with the same stage of acute kidney injury but with a higher NephroCheck value were more likely to die in the next six months than those with a lower score. In other words, a patient with only stage 1 (mild) acute kidney injury actually has a prognosis like a patient with stage 2 (moderate) injury if the test returns a positive biomarker. Conversely, a biomarker-negative stage 1 patient has a prognosis similar to no kidney injury at all.

Kellum noted that the results of his group’s analysis aren’t enough to immediately change testing guidelines or convince the FDA to revise the test’s label to be used for prognosis, but it was enough for him and his colleagues to begin designing future trials.

“Our findings provide pretty good evidence that biomarkers can augment staging of acute kidney injury and have sparked further work to see whether these markers are the best ones and what cut-offs we should use to assign a score,” Kellum said. “Ultimately, this work is imperative for public health. By properly treating acute kidney injury, we can preserve kidney function and protect other organs, preventing the need for dialysis, transplant or death in the long run.”