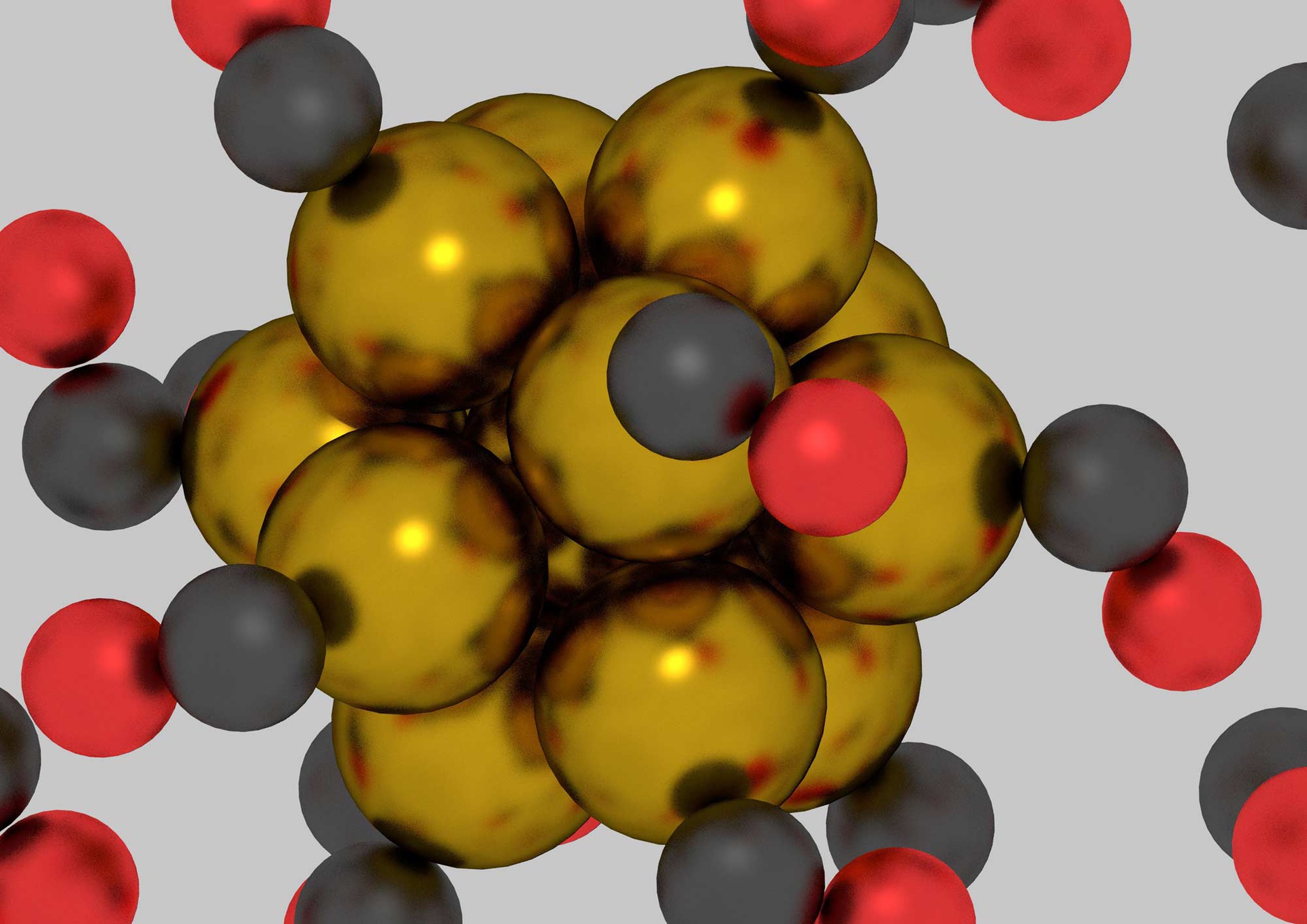 "The binding of molecules to metal surfaces is critically important because it is the basic first step in all catalytic processes," Mpourmpakis said. "This is critical to produce the building blocks for almost all manufactured products."

The unusual behavior is the result of quantum electronic effects at the nanoscale, which dictate how electrons are distributed on the nanoparticles having different shapes. The research team used atomically-detailed computer simulations to reveal the behavior of Au13 adsorption.

"Our simulations showed that in the presence of CO, the 2-dimensional Au13 nanoparticle restructured to a 3-dimensional structure on an incredibly short time scale of just a few picoseconds (trillionths of a second)," added Johnson, who is also co-director of Pitt's Center for Simulation and Modeling.

In their paper, the authors highlighted that other computer simulations can unravel very complicated phenomena at the nanoscale including molecular adsorption and structural dynamics of nanoparticles in a chemical environment. The understanding of these phenomena determines, to a large extent, the overall functionality of nanoparticles, including in catalysis, chemical sensing, medical devices, optical materials, and other applications.

Mpourmpakis leads his team in the Computer-Aided Nano and Energy Lab (C.A.N.E.LA.) at the University of Pittsburgh. Using theory and computation, the researchers investigate the physicochemical properties of nanomaterials with potential applications in diverse nanotechnological areas, ranging from green energy and storage to materials engineering and catalysis.

The Center for Simulation and Modeling (SaM) at the University of Pittsburgh is dedicated to supporting and facilitating computational-based research across campus. SaM serves as a catalyst for multidisciplinary collaborations among professors, sponsors modeling-focused seminars, teaches graduate-level modeling courses and provides individual consultation in modeling to all researchers at the University. Its areas of research include: energy and sustainability, nanoscience and materials engineering, medicine and biology, and economics and the social sciences.