Pitt Researchers Look at “Relaxin” to Heal an Aging Heart 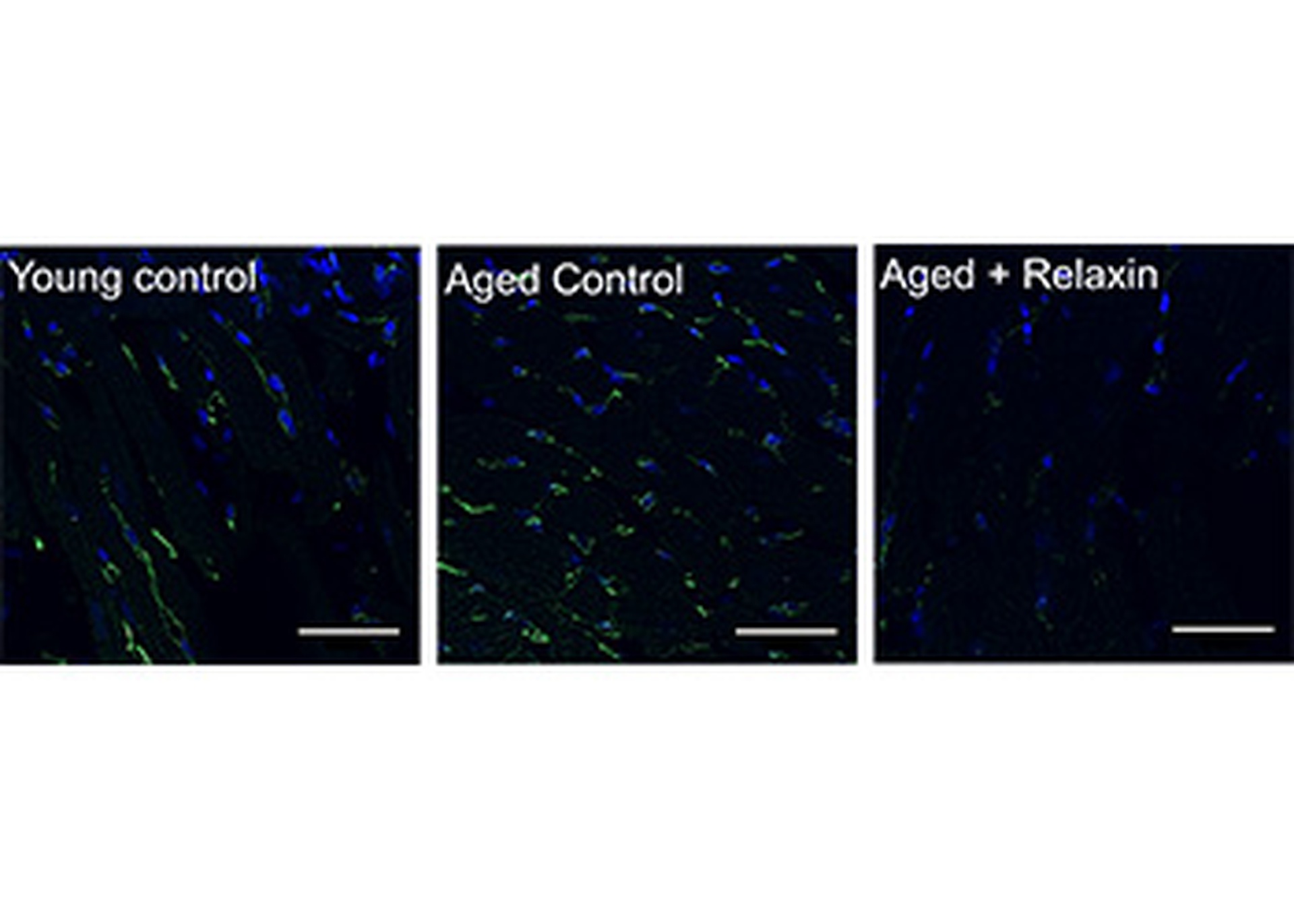 PITTSBURGH (February 1, 2018) … As we age, the risk of developing cardiovascular disease such as heart failure and atrial fibrillation increases dramatically, and the rates of these age-associated diseases are expected to rise with a rapidly aging population. A team of researchers at the University of Pittsburgh believes that a naturally occurring hormone, relaxin, can reverse some of the effects of aging on the heart to reduce these risks through inhibiting a chronic, age-associated inflammatory response termed “inflammaging”.

The study, “Relaxin reverses inflammatory and immune signals in aged hearts” (https://doi.org/10.1371/journal.pone.0190935) was led by Guy Salama, professor of medicine at Pitt, and Brian Martin, his graduate student researcher from the Swanson School of Engineering’s Department of Bioengineering.

“While inflammation is helpful in instances of tissue injury or infection, the inflammatory response usually subsides upon injury resolution,” Martin explains. “However, in aging, there appears to be low-grade, systemic inflammation which can result in excess inflammatory and immune cells producing substances that are toxic to surrounding tissue.”

In the case of the heart, damage to nearby tissue leads to pathological remodeling that lowers the threshold for disease development. “A notable occurrence in many cardiovascular diseases is a natural response to injury where collagen builds up on or between cells,” said Martin. “This accumulation can cause the heart to function improperly.”

Relaxin is a naturally occurring hormone in the body that was discovered for its involvement in pregnancy and childbirth; however, studies have shown that it has multiple benefits outside of pregnancy in both sexes.

“In a study using a male rat model of aging we showed that relaxin dramatically reduced incidence of arrhythmias, which can lead to stroke and sudden death,” said Salama. “We then found that relaxin reversed maladaptive electrical changes that are known to occur in patients with atrial fibrillation. Its primary effects were a dramatic reduction in collagen accumulation and a beneficial remodeling of cardiac electrical components needed for proper heart contraction.”

“While much work is being done to understand how relaxin leads to these changes, the mechanisms by which relaxin mediates its effects are still largely unknown,” said Martin.

For their study, the group used the F-344 Brown/Norway rat model from the National Institute of Aging because of its similar characteristics to human aging. What differentiated this study from others was their comparison of the effects of aging and relaxin between the sexes.

“We used RNA-sequencing to count the messenger RNA (mRNA) levels in the tissue so that we can gauge what aging is doing at the genetic level and if relaxin can reverse these effects,” said Martin. “We then used a computational approach to analyze the differences in gene expression patterns of the rats and examined the vast literature on what each gene may be involved in. This can begin to predict what functional effects these genes will have in the body.”

The team plans to continue research to further understand the effects of relaxin on “inflammaging.” “These results open a multitude of exciting possibilities,” said Salama. “Many cardiovascular diseases have an associated inflammatory component, and therefore, relaxin could be a potential therapy for these diseases.”

Pitt Researchers Look at “Relaxin” to Heal an Aging Heart