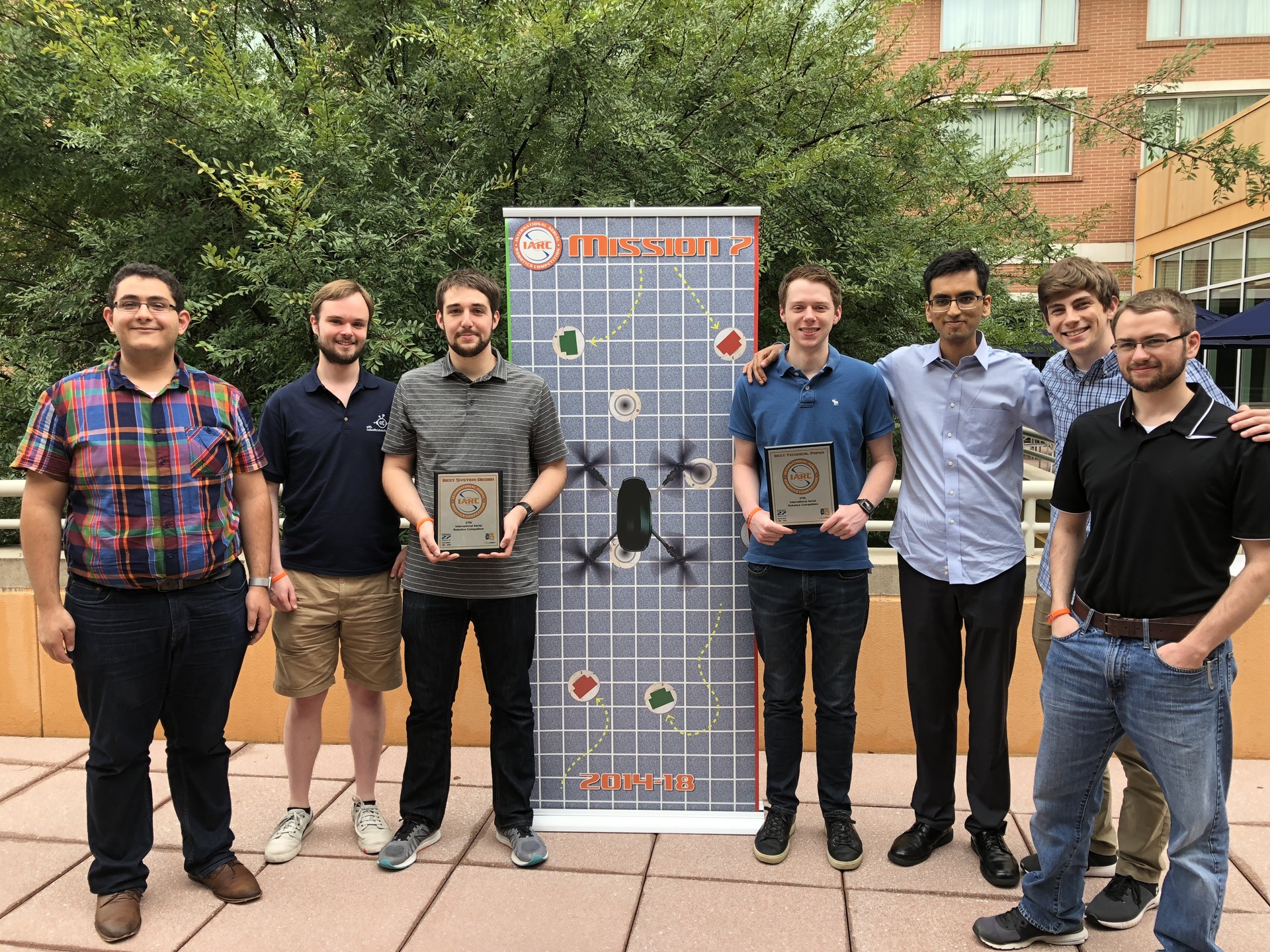 “The competition gives you an excuse to explore the greatest things in technology applicable to drones today, and you also make new things to advance the field,” says Levi Burner, a Pitt RAS team leader. “It gives you a place to test out your ideas and see what you came up with compared to other people from all over the world.”

The Georgia Institute of Technology hosted the competition for the American Venue, which took place between July 31 and August 2. A month later, the Asia/Pacific Venue held its competition in Beijing, China. This year, a team from Zhejiang University satisfied all the Mission 7 requirements and ended the mission.

“The challenge was the same as last year, but the organizers changed the standards for who was allowed to compete. Last year there were 13 teams [at the American Venue], and this year there were five. In June, we had to send the judges a video demonstrating the basic capabilities you need to compete before getting invited back,” explained Aaron Miller, a Pitt RAS team leader.

Mission 7 required teams to demonstrate several autonomous drone behaviors while attempting to herd ground robots out of a designated area. The ground robots, which resembled Roombas, moved around a gymnasium floor and changed direction when a drone blocked their path or touched a button on its back. Mission 7 first took place in 2014 and repeated for the past four years at the two venues.

The Pitt team also took home awards for Best System Design and Best Technical Paper. The combination of the technical paper, a presentation to judges, the drone design, and in-flight performance contributed to the award for Highest Overall Score in the robotics competition. 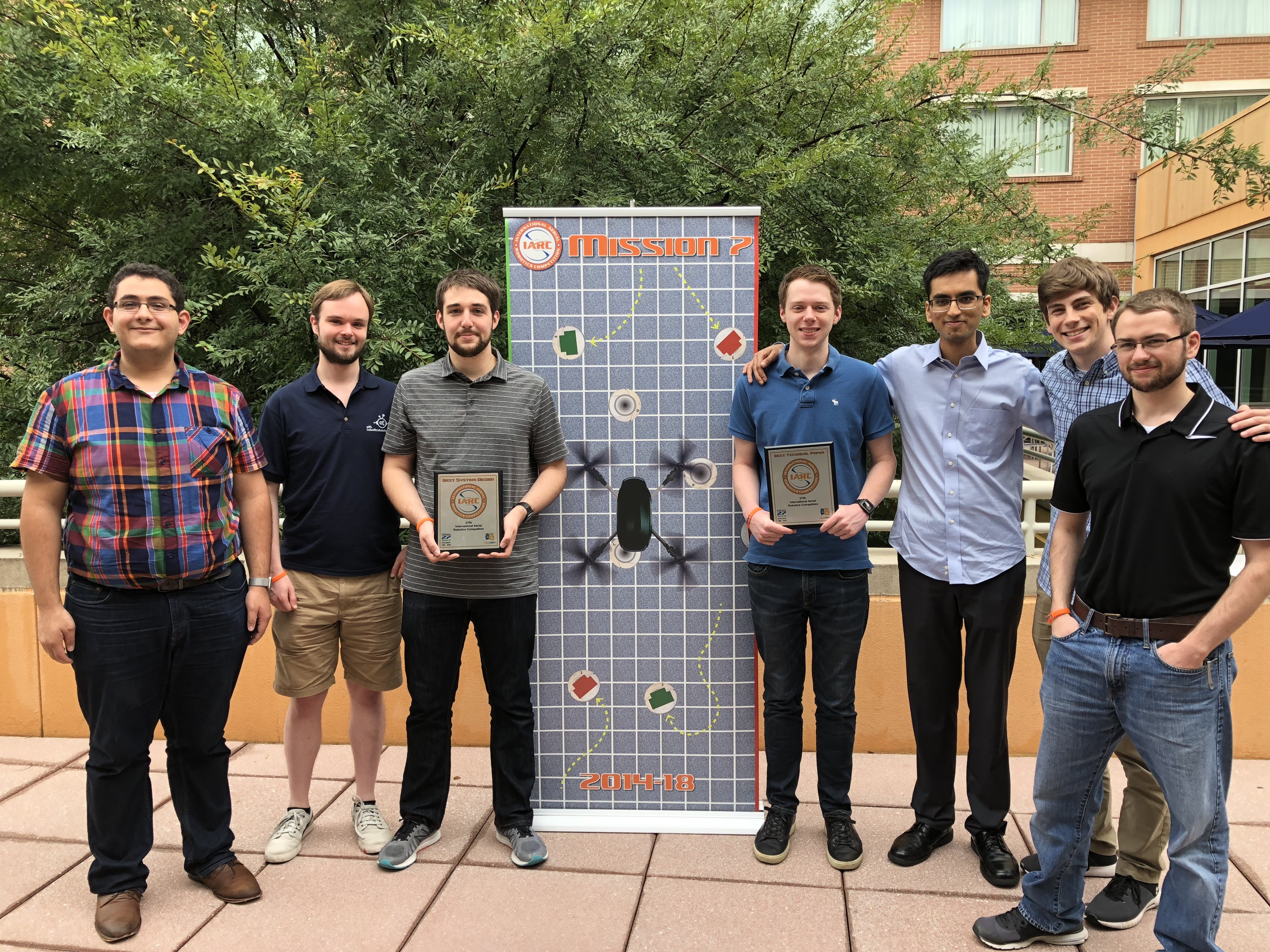 The Pitt RAS team comprised about 35 members and was represented at the competition by (depicted above from left to right):

The Pitt RAS team also received support from Samuel Dickerson, assistant professor of electrical and computer engineering; Jim Lyle and Bill McGahey, co-founders of SERC (Student Electronic Resource Center); and the Swanson School of Engineering’s Department of Electrical and Computer Engineering under the direction of Dr. Alan George. They were provided a practice space by a local non-profit organization.

“In exchange for us doing some demonstrations and volunteering in the community, the Northside Partnership Group agreed to let us use their space, which was very generous of them,” said Andrew Saba, Director of Outreach for Pitt RAS. “We practiced late at night on a basketball court in an old school building. It was an interesting experience, and we wouldn’t have been able to accomplish nearly as much as we did if it wasn’t for them and support from the electrical and computer engineering department.”