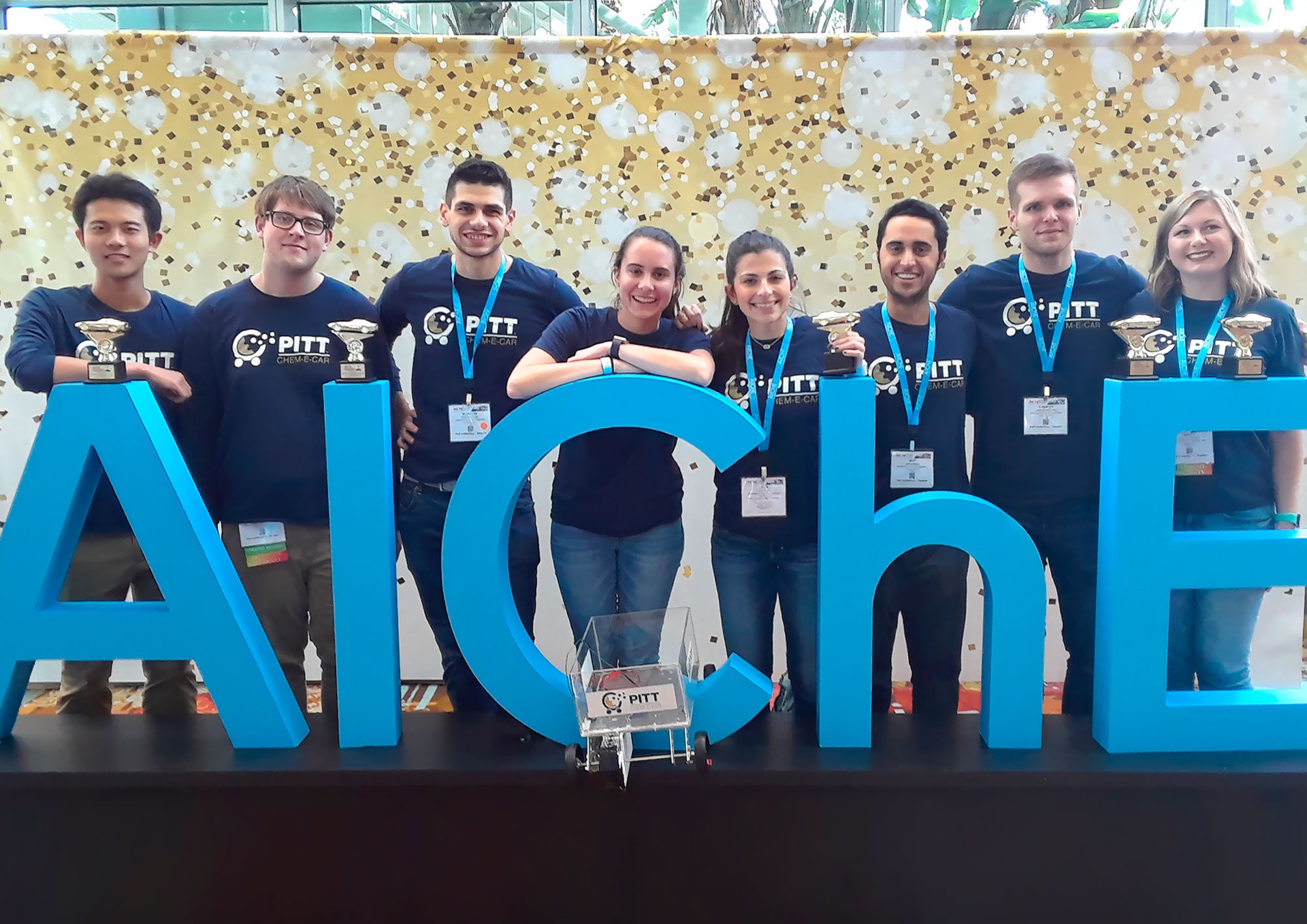 PITTSBURGH (Dec. 4, 2019) —The small, box-shaped car was well-designed: the team of undergraduates at the University of Pittsburgh’s Swanson School of Engineering who built it took into consideration the weight of the car, the fuel needed to propel it, and the traction the tires would need to send the car sailing to the finish line.

They had prepared for everything—except for carpeting.

The Chem-E-Car Competition at the AIChE Annual Meeting requires student teams to create a small car with chemical propulsion and stopping mechanisms such that it will travel a specified distance and carry a payload (0-500 ml of water). Prior to the competition, all teams had to complete safety training and testing, and submit an engineering documentation package. Teams also had to provide a poster detailing the research they conducted for the creation of their car and pass the safety inspection.

Students from the Swanson School qualified to compete in the annual Chem-E-Car Competition at the AIChE Annual Meeting in Orlando, Fla., which took place Nov. 10-15, 2019. In the first round, however, Pitt’s team tied for last with almost half of the competitors: no one had prepared to race on raw board over a carpeted floor instead of the hard floor they had expected.

“A lot of the teams had trouble getting the right traction and torque to get the car moving down the track,” says Taryn Bayles, PhD, vice chair for education and professor of chemical and petroleum engineering. “Our team spent the hour after their first run re-engineering their car and re-qualifying the car with their new design. I am really proud of their ability to engineer a new solution between runs—a true demonstration of their engineering abilities.”

In addition to the Chem-E-Car competition, two other Pitt undergraduates, Dean Miller and Jeff Hoffmann, won awards for their research poster presentations in the Catalysis and Reaction Engineering Division (CRE). Miller’s presentation depicted his work in the McKone Lab with redox flow batteries, while Hoffmann’s described his work on water electrocatalysis, also in the McKone Lab.