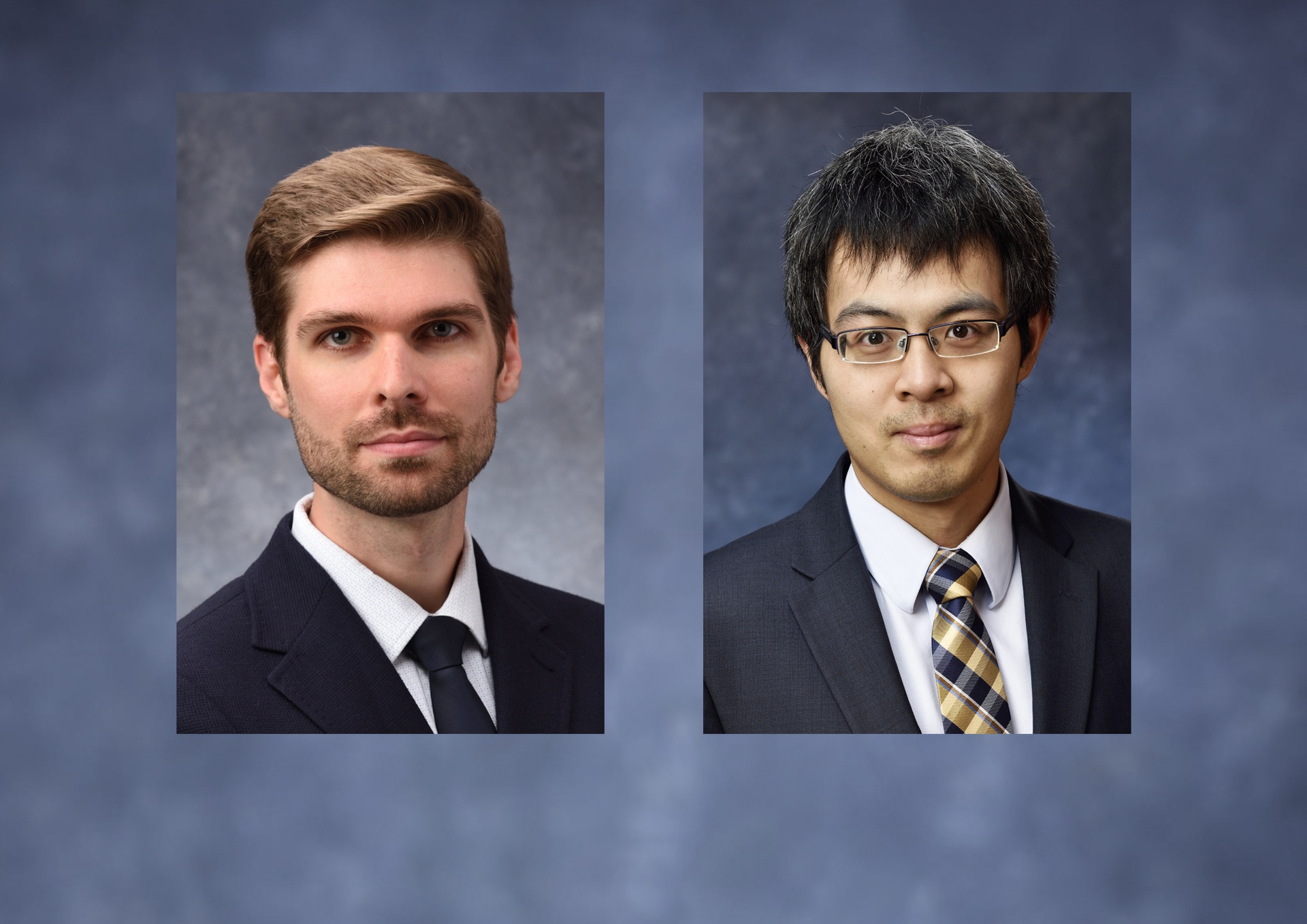 PITTSBURGH (June 8, 2020) … In the information age, where we ditch paper files and cabinets for digital files and hard drives, there is an imminent need for affordable and efficient ways to store our information.

At the beginning of 2020, the digital universe was estimated to consist of 44 zettabytes of data -- that’s 44 trillion gigabytes (GB) of information. Every time someone “googles” a question, uploads a photo to social media, or performs a variety of daily activities, that number increases.

The University of Pittsburgh’s Nathan Youngblood and Feng Xiong secured a $501,953 award from the National Science Foundation to better understand how to store data more efficiently using optical and electrical techniques on two-dimensional (2D) materials.

Optical storage, commonly used in rewritable CDs and DVDs, uses a laser to store and retrieve data in what is called a “phase-change material.” Heating these materials causes them to switch between two stable states, where the atoms are either randomly positioned like in glass or ordered like in a crystal. However, the amount of energy required to heat these materials is fundamentally limited by their volume.

“Encoding data in 2D materials, which are atomically flat, provides a direct route to overcome this fundamental limitation,” said Youngblood, assistant professor of electrical and computer engineering at Pitt’s Swanson School of Engineering and lead researcher on the study.

“If you reduce the dimensions of the material, it becomes much more efficient because the amount of energy needed to program data is proportional to the area rather than the volume of the material,” he continued.

Modern 2D materials were first studied in the early 2000s. Their crystalline structure, consisting of a single layer of atoms, demonstrated a variety of useful properties, inspiring research into hundreds of other 2D materials, including MoTe2 -- the compound used in this project.

“MoTe2 is useful for this application because it is predicted to be the most energy efficient, but due to a lack of experimental data, the way that light affects this material is elusive,” said Youngblood.

Youngblood and Xiong will work in collaboration with Steven Koester, professor of electrical and computer engineering at the University of Minnesota and an expert in 2D materials, to examine how MoTe2 interacts with the light used in optical storage.

“Our goal is to use time-dependent light-based measurement techniques along with advanced imaging and characterization at the atomic level,” said Xiong, assistant professor of electrical and computer engineering at Pitt’s Swanson School of Engineering.

Storing and retrieving data in atomically flat materials like MoTe2 could allow highly-efficient processors for machine learning where the computation physically occurs in the memory cell itself. This approach is known as “in-memory” computing and has been demonstrated to be much faster than digital computers--though up to now has used three-dimensional materials like those used in rewritable optical discs.

“A better understanding of MoTe2 properties will allow us to advance this technology and improve the use of 2D materials for high-speed, reliable and efficient memory and computation,” said Youngblood.