Something on Your Mind? 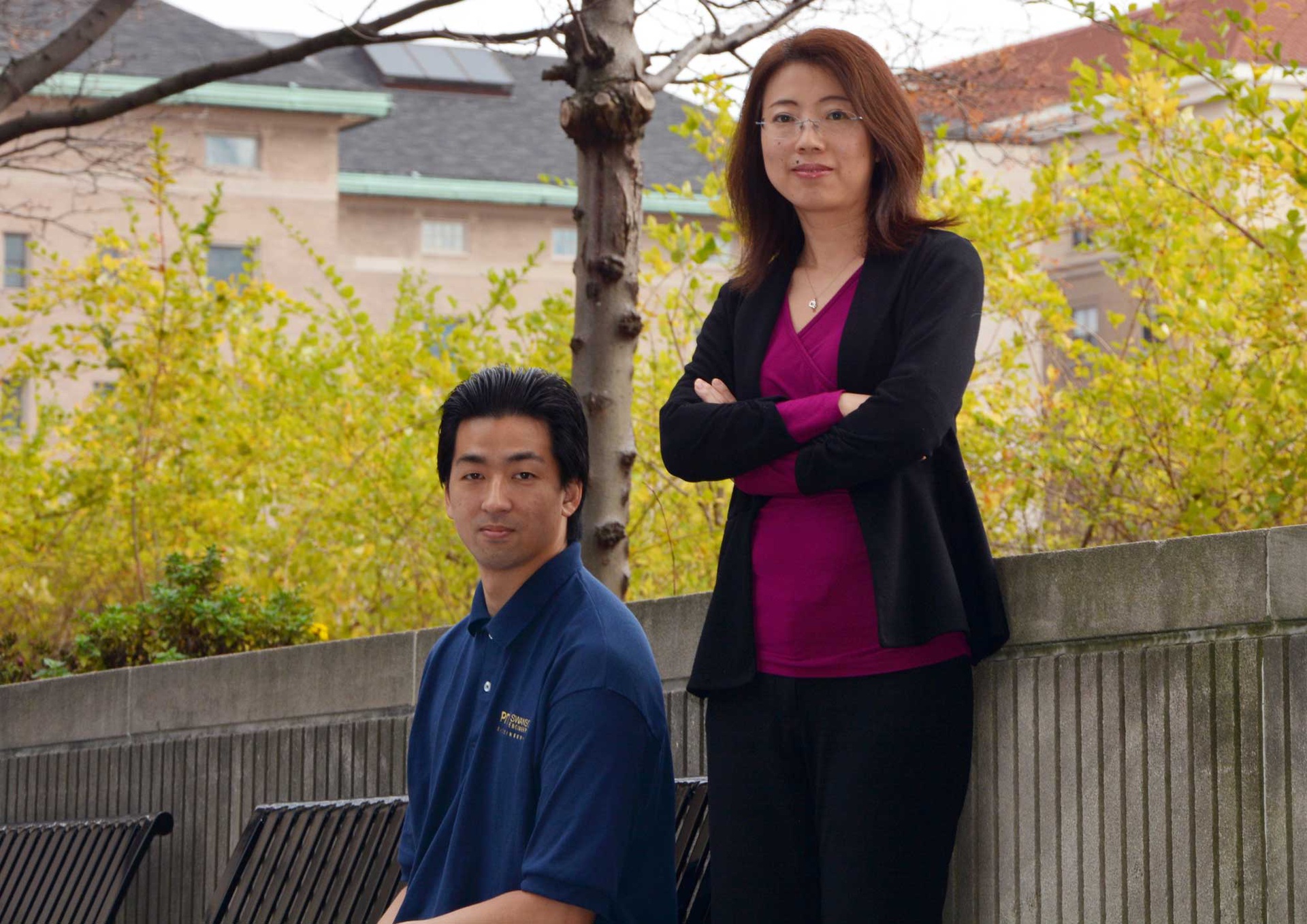 PITTSBURGH (November 9, 2015) … With the potential to allow quadriplegics to operate robotic limbs, to reverse damage caused by Parkinson's disease, and to map the pathways of the 100 billion neurons of the brain, microelectrode arrays-or electronic brain implants-are key to the human-computer interface. Two National Institutes of Health (NIH) grants totaling $4.7 million to researchers at the University of Pittsburgh's Swanson School of Engineering will help to further research in improving how the implants perform in the brain and survive the body's immune responses.

Implants come in many shapes and sizes and contain anywhere from one to hundreds of electrodes in a single array. Large arrays allow for better connectivity with the brain, but they also have a greater risk of triggering the body's defense mechanisms. This causes inflammation of the neural tissue, which can significantly reduce the quality of the implant's signals over time. Even though it won't cause harm to the patient, the body's rejection of foreign substances is one of the major obstacles limiting the usage of microelectrode arrays.

Researchers at Pitt's Neural Tissue/Electrode Interface and Neural Tissue Engineering (NTE) Laboratory have been developing ways to integrate the implants with the host neural tissue. Last summer, Xinyan "Tracy" Cui, William Kepler Whiteford Professor of Bioengineering and director of the NTE Lab, received an NIH grant to research a method of disguising microelectrode arrays by coating them with biological molecules the brain won't recognize as intruders.

Today, two more grants from NIH will expand the NTE Lab's research into other areas of microelectrode array technology. Cui will serve as principle investigator of "Inhibition of Neural Electrode-Mediated Inflammation and Neuronal Cell Death." The study will receive $3.1 million over five years and will uncover the role of the caspase-1, an enzyme activated at the earliest detectable moment after ischemia, trauma, and other neurodegenerative conditions.

"Caspase-1 is a key mediator of both inflammation and programmed cell death, both of which are thought to degrade neural recording and stimulation performance," said Cui. "Once we identify it as a major pathway, we can disrupt it. In this new study, we are going to use two-photon live animal imaging in conjunction with molecular and electrophysiological methods to study the cellular response around the electrode implant site in real-time."

Takashi "TK" Kozai, assistant professor of bioengineering at Pitt, will lead the two-photon imaging, which can capture images at a deep level of tissue in live animals. Although this form of microscopy has become popular in neuroscience and biology, it has not been widely used to examine the interaction between electrode implants and brain tissue. "We are very lucky to have TK's expertise with live imaging at our lab," said Cui.

Kozai established the Bio-Integrating Optoelectronic Neural Interface & Cybernetics Lab (BIONIC Lab) at Pitt. He recently joined tenure-stream faculty after completing his post-doctoral research with Cui and will serve as the principal investigator of the other NIH grant study awarded this year. "Mechanisms behind Electrode Induced BBB Damage's Impact on Neural Recording" will receive about $1.6 million for five years. Kozai will examine the damage to the brain caused by blood-brain barrier (BBB) injury from probe implantation.

BBB injury has been found around implanted electrodes, but the extent and the cause-and-effect mechanism underlying BBB damage and neural recording failure has not been established. After mapping the brain vasculature with two-photon microscopy, Kozai will implant one group of electrodes that pass through large arterioles and another group that avoids major blood vessels. By comparing the performance of electrodes in the two situations and tracking dynamic changes with two-photon microscopy, Kozai will be able to determine the impact of BBB damage on signal degradation recorded from the implants.

About the NTE Lab
Research at the NTE Laboratory focuses on the understanding and modulation of interactions between neural tissue and smart materials and biosensors. Past studies have contributed to a fundamental understanding of topics applicable to a variety of fields, particularly neural electrode and tissue interface, neural tissue engineering, implantable biosensors, and drug delivery. NTE Lab members collaborate with researchers in many different disciplines.

For more information about funded positions at the Cui and Kozai labs visit http://www.bioniclab.org/job-opportunities and http://engineering.pitt.edu/Sub-Sites/Labs/CUI/Home/Job-Opportunities/.

Something on Your Mind?