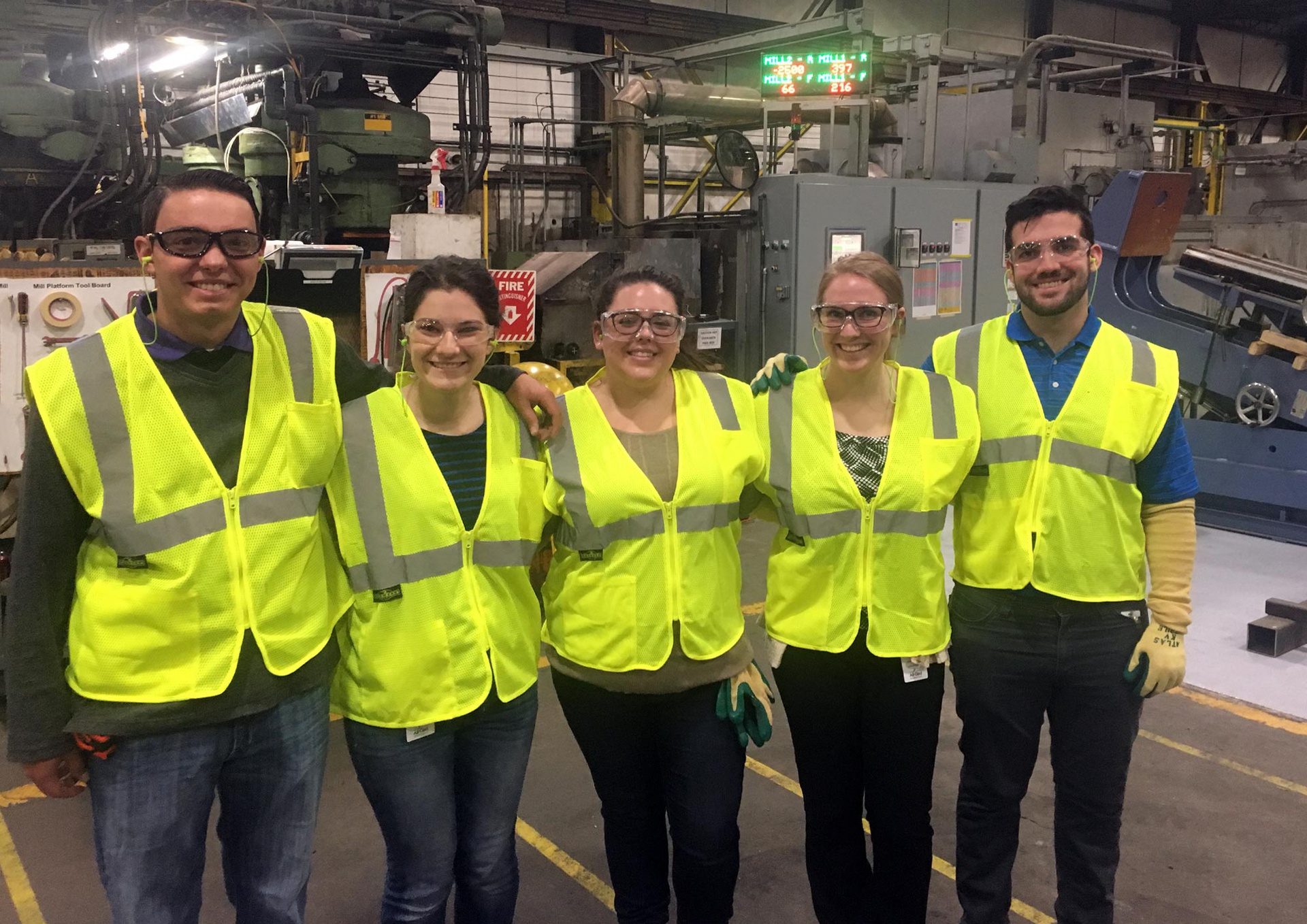 PITTSBURGH (March 22, 2018) … Small- to medium-sized companies in southwestern Pennsylvania have a friend in the University of Pittsburgh. For the past two years, Pitt Industrial Engineering (IE) students have worked with manufacturing extension partnership Catalyst Connection to make productivity and operations improvements throughout the region.

“The collaboration with Catalyst Connection began during the fall semester in 2016,” says Louis Luangkesorn, assistant professor of industrial engineering at the Swanson School of Engineering and Senior Design Capstone Course advisor. “Senior design projects require students to complete a complex project based on challenges they’ll face in the workplace so using these projects as an opportunity to help local businesses is a natural fit.”

Catalyst Connection is one of only 60 manufacturing extension partnership centers throughout the 50 states. They provide improvement services and consultation to companies in the 14 counties of southwestern Pennsylvania. After recognizing the many similarities between Catalyst Connection’s work and the work Pitt students were doing in the classroom, the two joined forces.

“Cookware manufacturing begins with a round disk called a ‘blank.’ The first step involves putting the blank in an oven and cooking it properly based on the temperature, time, and design. The Pitt team looked at this first step of the process to see if they could improve it. In the end, they found ways to improve four steps of the process,” says Mike Whaley, process engineer at All-Clad.

Contributions from the Pitt teams during the spring and fall semesters in 2017 resulted in an estimated annual savings of $466,057 for All-Clad Metalcrafters. “The best resource I was provided was intelligent questions to things I have not yet resolved. Those questions drove new paths in the project, and those paths led to breakthrough innovation,” adds Whaley.

Evan Bair, who last December received a B.S. degree in Industrial Engineering, was part of the fall 2017 Pitt team at All-Clad. They compiled temperature profiles of the product in the oven, executed trials with cost-reduced designs, and wrote data-based reports that recommended ways to improve All-Clad’s manufacturing processes.

“Being able to work alongside full-time engineers in a manufacturing environment is so helpful in teaching students the skills that can’t be taught in the classroom: working on multi-discipline teams, dealing with setbacks caused by events that are out of the students’ control, interacting with people who work on the plant floor. The list could go on, but I feel that this kind of work is a vital part of any student’s education,” says Bair.

Another Pitt team traveled to Anchor Distributors in New Kensington, Pa. to study the company’s more than 130,000 square foot warehouse. Most of Anchor’s business come from distributing books, and the company began working with Catalyst Connection to improve warehouse efficiency and prepare for potential expansion.

“The Pitt students were able to quantify the effect of a new layout and firmed up our decision to go in a new direction and get on the right track,” says Rob Whitaker III, financial analyst at Anchor Distributors.

The company’s original “serpentine pattern” for fulfilling orders had workers walking an average of 10 to 12 miles per day. By changing the warehouse to a six-zone layout in which products are organized based on popularity, the students demonstrate with engineering models how the company could increase productivity while lowering labor and overtime cost.

“I was impressed by how competent the students were and how well they worked together,” says Whitaker. “It’s encouraging to know that this is the next generation about to enter the work force.”

Seventeen teams journeyed off Pitt’s campus and helped Pennsylvania companies last year. According to Dr. Luangkesorn, these experiences have lasting effects on the students as well as the companies because the collaborations explore new ideas and apply fresh thinking to traditional manufacturing processes.

“While the University of Pittsburgh rightly celebrates the achievements of its best students, the success of so many of these senior capstone projects speaks to the quality and prospects of the entire Pitt engineering student body, not only the top students,” says Dr. Luangkesorn.