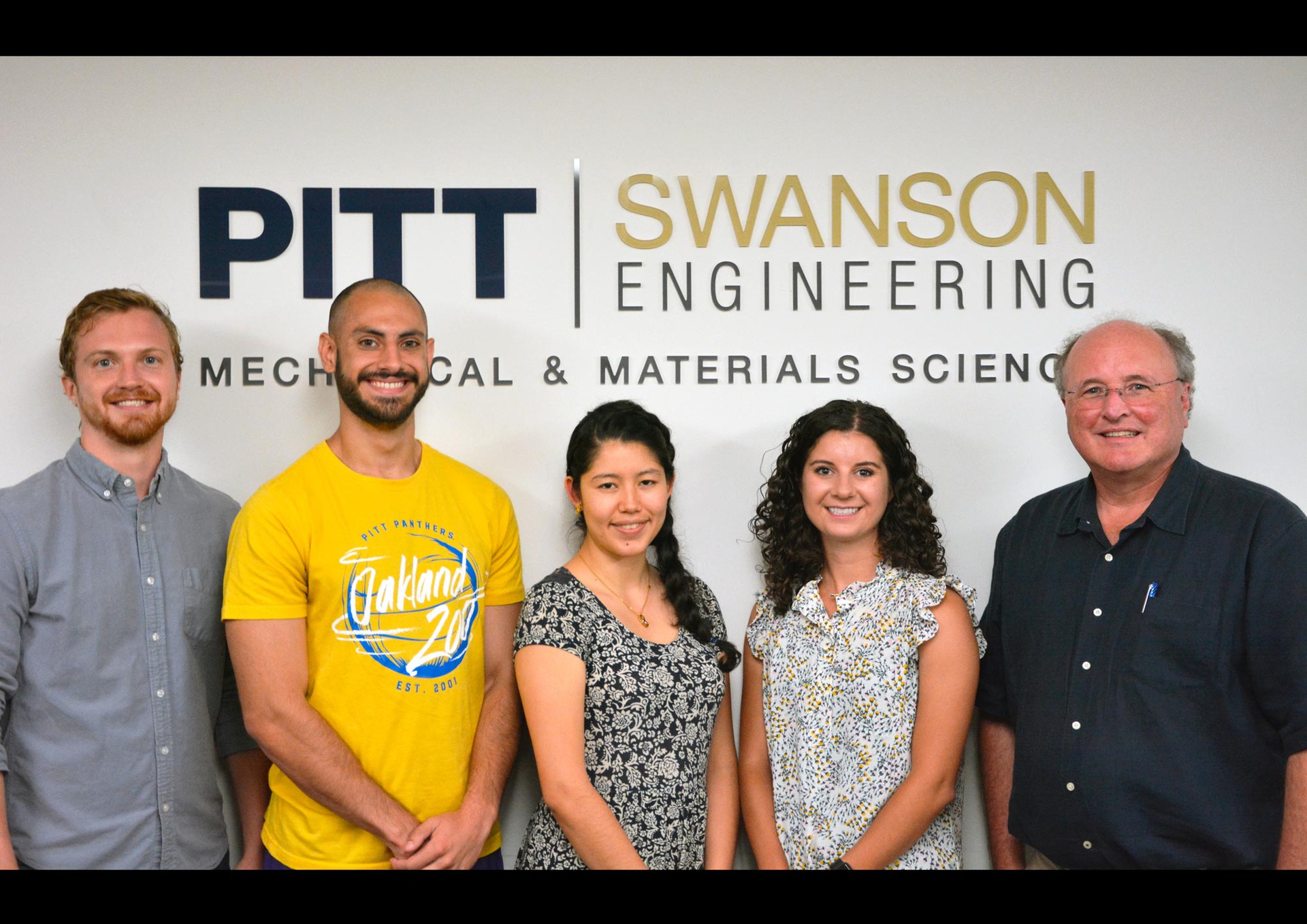 PITTSBURGH (August 15, 2019) … Students in Brian Gleeson’s research group in the Department of Mechanical Engineering and Materials Science (MEMS) at the University of Pittsburgh Swanson School of Engineering very recently participated in the Gordon Research Seminar (GRS) and Conference (GRC) on High Temperature Corrosion in New London, NH. The GRS is limited to young investigators in the field and was held during the weekend of the start of the GRC, which was held July 21-26, 2019. One student presented his work at the Seminar, and two students won awards in the poster competition. According to Gleeson, Tack Chaired Professor and Department Chair of MEMS, the strong showing by his students at such prestigious meetings is a credit to the high quality of their research coupled with hard work and unbridled enthusiasm.

Patrick Brennan, a PhD student, gave a presentation entitled “Reproducing and Elucidating the Mechanisms of Rapid CaSO4-Deposit-Induced Degradation of Nickel-Based Superalloys.” This work is in collaboration with G.E. Aviation and supported by the United States Office of Naval Research. His research addresses novel modes of degradation induced by CaSO4 deposits. There were 60 attendees at the Seminar and Patrick was one of 11 speakers.

Grace Vanessa de León Nope, a PhD student, received second place in the Gordon Research Seminar poster competition, where a total of 49 posters were presented. Her poster was titled  “Oxidation Behavior of Inconel 625 Made by Additive Manufacturing.”  The work presented is supported by the National Science Foundation. Her research focuses on understanding the differences in oxidation behavior between conventional alloys and those processed using additive manufacturing methods.

Emily Kistler, a PhD student, won the Best Student Poster Award at the GRC out of a field of 71 student posters (included were postdoctoral researchers). Her poster was titled “A New Solid-State Mode of Hot Corrosion Occurring Below 700°C: Mechanistic Understanding and Mitigation Strategies.”  The research is being conducted in collaboration with Pratt & Whitney and supported by the United State Office of Naval Research and an NDSEG Fellowship. The work addressed the mechanism of a recently identified form of low-temperature deposit-induced corrosion, occurring in aero and marine engines, and identified mitigation methods to the attack.

At the same GRC, Professor Gleeson gave a presentation entitled “Beyond Conventional Hot Corrosion.”  Also attending the GRC and presenting posters were Professors Judith Yang (ChemE) and Wissam Saidi (MEMS). There are over 300 GRCs and associated GRSs, providing an international forum for the presentation and discussion of frontier research in a given topic area of the biological, chemical, physical, and engineering sciences.