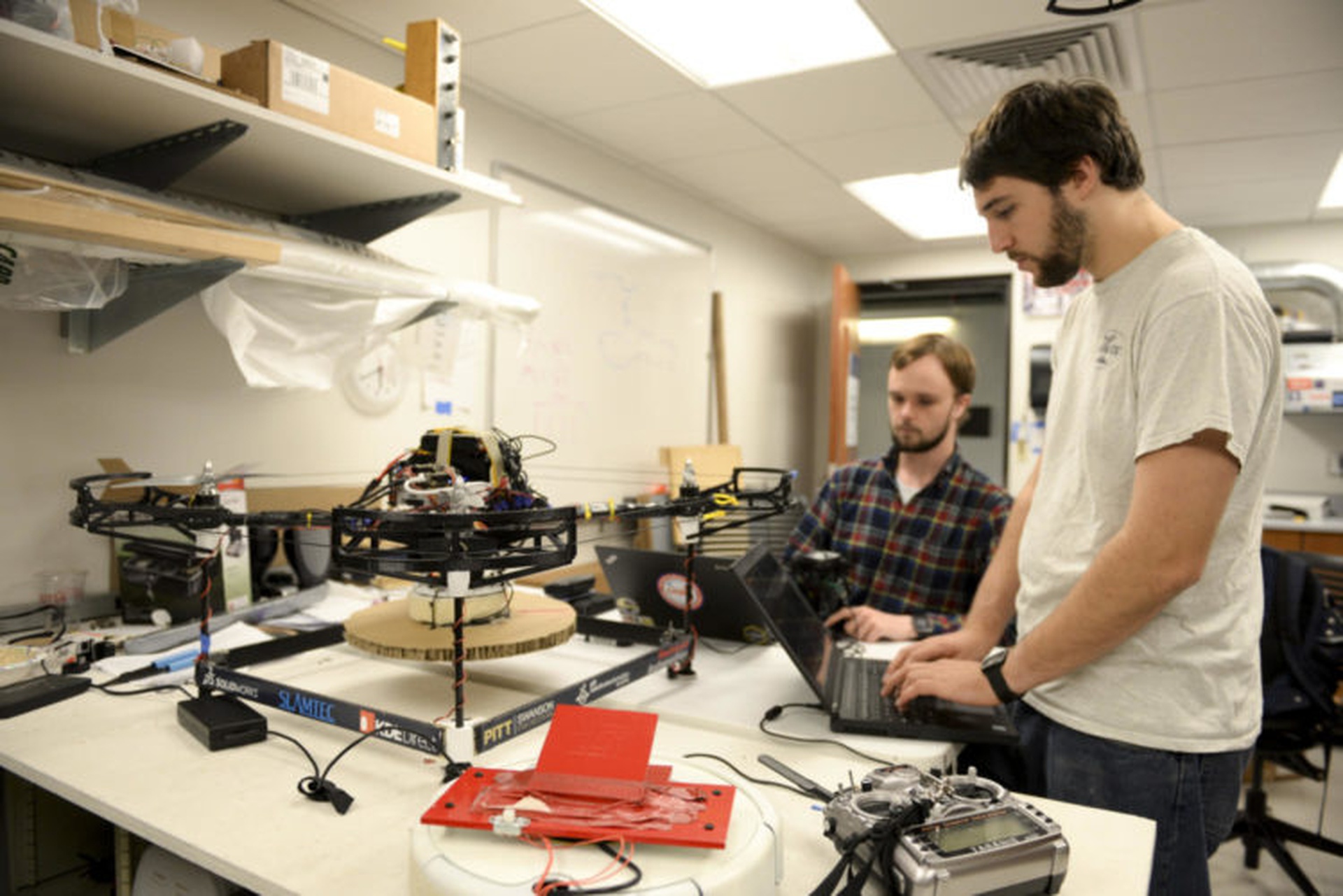 Liam Berti (left) and Levi Burner (right) program the drone in their lab. (Photo by Isabelle Glatts | Staff Photographer for The Pitt News)

Levi Burner had dreamed of making a flying machine since he was 8 years old.

The junior electrical engineering student finally got his chance when he started to build a drone for the International Aerial Robotics Competition more than a year ago.

“The fact that we have found a competition that follows that dream just gets me really excited,” Burner said. “I’ve always been a robotics fan, so I’ve been building robots since I was quite young.”

Burner, along with the Pitt Robotics and Automation Society, engineered a drone capable of flight to compete in the North American venue of the IARC, hosted at the Georgia Institute of Technology this past summer. The student group — which began work on the drone during the summer of 2016 — has since worked to improve their initial drone by developing its software and hardware so that it can compete again next summer.

Read the full story at The Pitt News.