Winners and honorable mentions will be honored May 4 during the Carnegie Science Awards Celebration at Carnegie Music Hall in Oakland. 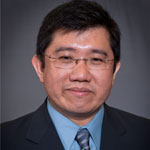 Albert To, PhD, associate professor of mechanical engineering and materials science, is the recipient of the Advanced Manufacturing and Materials Award. Dr. To was recognized for his research in design optimization for additive manufacturing, multiscale methods, and computational mechanics. He is actively working on developing “Lattice Structure Design Optimization” software for generating optimal lightweight design for 3D printing. 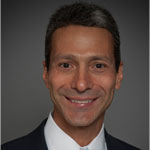 Gregory Reed, PhD, professor of electrical and computer engineering and Director of Pitt’s Center for Energy and the Energy GRID Institute, was one of two honorable mention recipients in the Innovation in Energy category. Dr. Reed is recognized internationally for his research in advanced electric power grid and energy generation, transmission, and distribution system technologies; micro-grids and DC infrastructure development, renewable energy systems and integration; and smart grid technologies and applications. 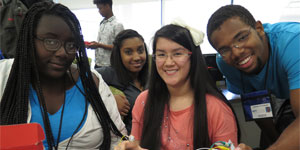 The Carnegie Science Awards champion efforts to strengthen science and technology in our region. This year’s winners range from a culinary arts teacher whose coursework extends beyond the conventional kitchen into food-science research and career exploration, to a tech start-up that secured $1 billion from Ford Motor Company. A committee of peers— past awardees and industry leaders— who rigorously reviewed nominations and selected the most deserving winners, selected winners.

For more information about the awards celebration, go to CarnegieScienceCenter.org/Awards.

“The Carnegie Science Awards applaud some of the most exciting leaders and innovators in our region’s science community,” said Ron Baillie, Henry Buhl, Jr., Co-Director of Carnegie Science Center. “They helped make Pittsburgh the technology hub it has become and inspire the young people who will become the next generation of professionals in the STEM fields of science, engineering, technology, and math.”

Ann Metzger, Henry Buhl, Jr., Co-Director of Carnegie Science Center, said the awards are an integral part of the mission of promoting STEM education, which will be energized later this year when the Science Center’s PPG Science Pavilion opens in June and provides additional state-of-the-art classroom space.

“Winners of the Carnegie Science Awards represent the pinnacle of excellence in STEM fields and STEM education,” Metzger said. “We are thrilled to recognize our amazing awardees and expect them to continue to do us proud with their accomplishments in the future.”