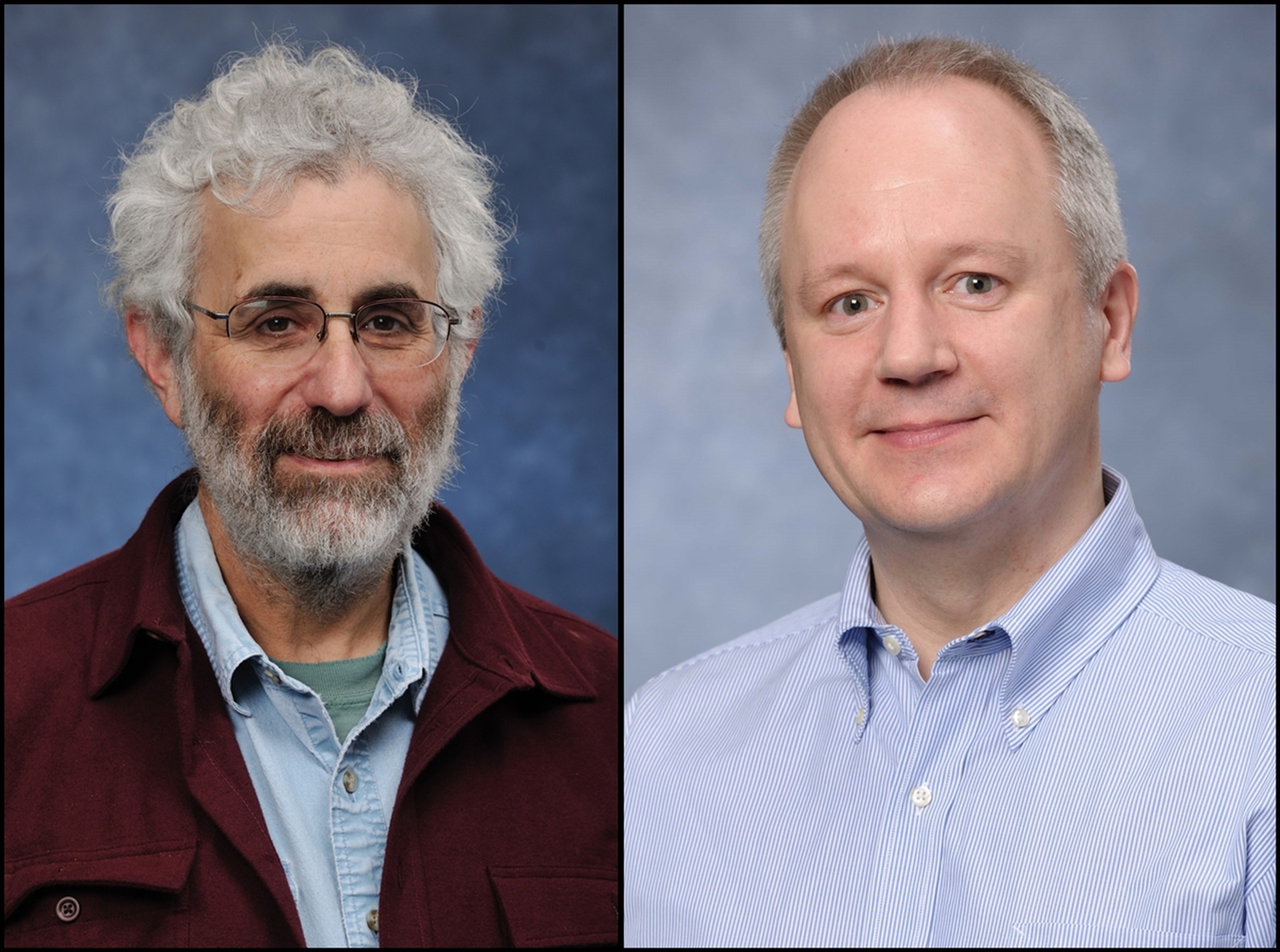 PITTSBURGH (May 1, 2015) … In recognition of excellence in teaching for the 2014-2015 academic year, the University of Pittsburgh's Swanson School of Engineering presented George D. Stetten, MD, PhD and Götz Veser, PhD with its Outstanding Educator Award at the School's annual Senior Recognition Ceremony on Saturday, April 25. Dr. Stetten is Professor of Bioengineering and Dr. Veser is the Nickolas A. DeCecco Professor of Chemical and Petroleum Engineering.

"The Swanson School's Outstanding Teaching Award is highly competitive, and is judged upon faculty commitment to excellence in the classroom as well as assessment and professional development," noted Gerald D. Holder, PhD, the Swanson School's U.S. Steel Dean of Engineering. "Student evaluations play an important role in determining our Outstanding Educators, and this year's results were outstanding. I congratulate George and Götz for their dedication to our students and to the engineering profession."

Dr. Veser earned his PhD from the Fritz-Haber-Institute of the Max-Planck-Society in Berlin, Germany, and previously was the A.v. Humboldt Postdoctoral Fellow in the Department of Chemical Engineering and Materials Science at the University of Minnesota (Minneapolis). He later held positions at the University of Stuttgart and at the Max-Planck-Institute for Coal Research, both in Germany, before joining the University of Pittsburgh in 2002. His main research area is catalytic reaction engineering with a focus on clean energy technology and fuel processing applications. Dr. Veser also serves as associate director of the University of Pittsburgh's Center for Energy. In 2014 he received the James Pommersheim Award for Excellence in Teaching in Chemical Engineering by his Department.

Dr. Stetten received his MD from State University of New York and PhD from the University of North Carolina - Chapel Hill. He serves as Director of the Visualization and Image Analysis (VIA) Laboratory at the Swanson School, and as Research Professor at Carnegie Mellon University's Robotics Institute. His research areas include in situ image guided intervention, haptics, and image analysis. Dr. Stetten holds nine patents for medical devices such as the Sonic Flashlight TM , which merges real-time images from ultrasound with direct human vision, and the Hand Held Force Magnifier, which provides surgeons with a heighted sense of force at the tip of microsurgery devices. He is also the creator of the Swanson School's Music Engineering Laboratory (MEL), a professional-quality recording facility where engineering students learn about the technical aspects of musical instruments and recording, and work on projects to expand their own musical interests and experience through a one-semester, one-credit honors course, Music Engineering.