PITTSBURGH (August 29, 2018) … The University of Pittsburgh’s Swanson School of Engineering this year welcomes six new faculty, as well as a new U.S. Steel Dean of Engineering.

“I am honored to join the University and the Swanson School as its tenth dean of engineering, and I look forward to an exciting year ahead,” Dean Martin said. “I especially want to welcome our new faculty this semester, who join me along with more than 700 new undergraduate and graduate students.”

Prior to Pitt, Martin was the Bob Benmosche Professor and Chair of the Glenn Department of Civil Engineering at Clemson University. Internationally recognized for his research on earthquakes, his work has contributed to improved earthquake building code standards in the central and eastern United States. He has served as an international earthquake engineering consultant on more than 100 major infrastructure projects for global corporations, engineering firms and government agencies.

Martin earned a Bachelor of Science in civil engineering from The Citadel, and both a Master of Science degree and a doctorate in civil engineering from Virginia Tech. Martin has received numerous national, state and university awards for research, teaching and professional service, including the American Society of Civil Engineer’s Norman Medal, the highest honor for published work in his field. He was inducted into the Civil Engineering Department’s Academy of Distinguished Alumni at Virginia Tech in 2015.

Martin’s leadership will follow that of Gerald D. Holder, who has served as dean of the Swanson School since 1996 and returns to the faculty in fall 2018.

New faculty at the Swanson School include: 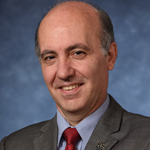 Joaquin Rodriguez, Assistant Professor
Dr. Rodriguez is the former President of Universidad Monteavila (2005-15) in Caracas, Venezuela, an institution with more than 400 faculty and staff, 1,500 students and 2,500 alumni that he helped to establish two decades ago.

He received his M.S. and PhD in chemical engineering from the University of Pittsburgh, with his thesis on “Needle Coke and Carbon Fibers Production from Venezuelan Oil Residues.” He was recognized with the James Coull Award for Department’s most outstanding graduate student, and the Phillip Walker Award at the 20th Biennial Conference on Carbon.

In his 20 years of various academic roles he has contributed to the development of academic contents for four careers, led the organization of seven graduate programs, promoted the foundation of 15 research centers, arranged for 50 cooperation programs, taught 22 academic courses and five seminars, and delivered 13 lectures at conferences and 40 speeches and keynotes. 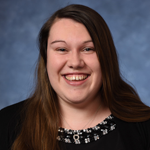 Sarah Haig, Assistant Professor
Dr. Haig’s research combines environmental microbiology, environmental chemistry, and public health to improve water quality with a focus on drinking water systems. More specifically, the Haig research group aims to develop and advance our understanding of the drinking water microbiome; how to manipulate it to provide safer water in a more energy-efficient way, and understand its role in human health

Dr. Haig completed her PhD, "Characterizing the Functional Microbial Ecology of Slow Sand Filters Through Environmental Genomics" in September 2014 at the University of Glasgow in Scotland. She was also a Post-Doctoral Research Fellow (October 2014 – July 2018) at the University of Michigan, in the groups of Lutgarde Raskin (Department of Civil and Environmental Engineering) and John LiPuma (Department of Pediatrics), where she focused on linking the drinking water microbiome to human health.

Dr. Haig has published several papers in leading journals in the fields of environmental engineering and microbiology and has given numerous presentations at national and international conferences. She has received continuous honors and awards for her research including Society for General Microbiology and IWA Young water professional prizes, a Lord Kelvin Adam Smith PhD scholarship, a Microbiology of the Built Environment fellowship from the Alfred P. Sloan Foundation and a Dow Sustainability fellowship. 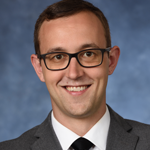 David Anderson, Assistant Professor
After receiving his bachelor's degree in 2012 from Colorado State University, Dr. Anderson completed his PhD at the University of Rochester in 2017. His research concerns electroacoustics, tactile audio, and audio signal processing for virtual reality applications. His papers appear in the Journal of the Audio Engineering Society and Archives of Acoustics, as well as the proceedings of IEEE WASPAA, Audio Engineering Society conventions, and Acoustical Society of America meetings. 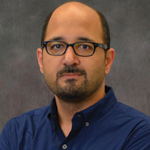 His research interest lies in developing new optimization and control algorithms for electric power systems. Examples of specific research topics in this area include the use of optimization techniques, such as algorithm-based programming, to solve the optimal power flow problem and to create the highest resiliency; designing methodologies for transactive energy management and microgrid integration; and developing algorithms for detecting and mitigating cyber-attacks in SCADA and protection systems. His current research interests include the intersection of data science and optimization theory with power grid applications, faster than real-time simulation, and multi-interdependent infrastructures management. 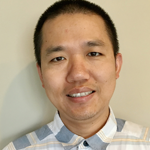 Liang Zhan, Assistant Professor
Dr. Zhan received his PhD in biomedical engineering at the University of California, Los Angeles in 2011. His research focus includes bioinformatics, biomedical signal/imaging processing, MRI signal modeling, machine learning, and algorithm development. Following his postdoctoral research at UCLA and prior to joining Pitt, he was an assistant professor of computer engineering at the University of Wisconsin – Stout. In 2017 he received a $425,000 National Institutes of Health National Institute on Aging award to study early detection of Alzheimer’s Disease. 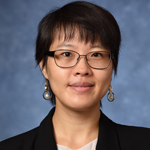 Xiayun Sharon Zhao, Assistant Professor
Dr. Zhao received a B.S. in precision engineering from Tsinghua University, and M.S. and Ph.D. in mechanical engineering from Georgia Tech. She worked as an instrumentation and control system engineer in Houston for a couple of years before pursuing her Ph.D. Her dissertation with advisor Dr. David Rosen was “Real-time Process Measurement and Control for Photopolymer Additive Manufacturing.” She received award of “Excellence in Graduate Polymer Research” from the American Chemical Society (ACS). She has published in journals including Measurement Science and Technology, Rapid Prototyping, and Additive Manufacturing. She has given over ten invited talks in academia and a dozen of presentations at conferences across disciplines of manufacturing, control and chemical. Her research focuses on real-time process monitoring, measurement science and control technology for additive manufacturing, as well as on advanced manufacturing (e.g., 3D/4D/Bio/Hybrid Printing) for multi-scale, multi-material and multi-functional structures and systems in novel applications.